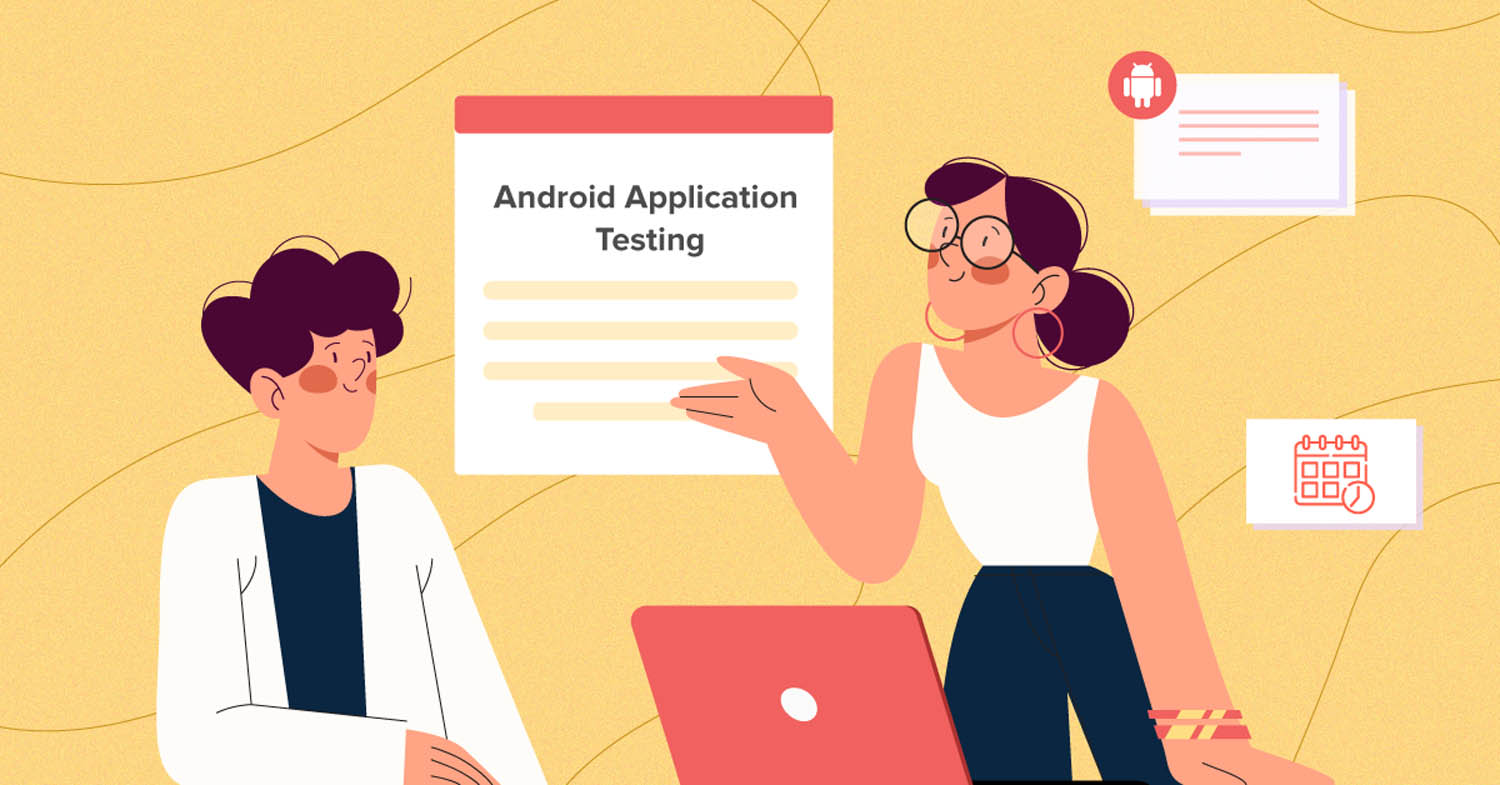 There are two testing strategies used by software companies: automated and manual. Automated testing for android is an automated part of the software development process where code is executed and reported as it is, and there’s no human interaction required. On the other hand, manual testing involves human interaction with the app under different conditions or situations to analyze how it responds.

In the last decade, the growth of Android was whopping, which is very evident if you look at the stats. Back in 2009, Android shared only 3.9% of the total market whi,ch has grown to over 72% in the last 10 years.

Talking about the current trend, almost everyone who is planning to develop a website goes for developing an Android app. The reason behind this surge in the Android market is that it is easy to customize or develop an app, has a wide range of features, and the Android devices are cost-friendly.

With the rise in the development requirement for Android apps, the need for testing Android applications has also increased to sustain in a competitive market. There are tons of devices and Android versions available that your application must be compatible with.

1. Unit Tests – For verifying a minimal unit of source code

3. Operational Tests – For testing the correctness of app requirement

4. System Tests – For testing the entire app in the real environment

QA teams have two approaches for testing mobile applications which include automated testing wherein the automated tests are executed to test the app and manual testing in which humans use the app under different conditions or situations to analyse how the app responds.

Both manual and automated testing options have their own pros and cons and seem beneficial under different circumstances. Let’s discuss both approaches by having a detailed comparison between the two.

If you need to bring a degree of variation in the tests, Manual Testing is the go-to option. Mobile app development organizations need to leverage manual testing for Android application testing to deliver an exceptional user experience. Despite the endless benefits of automated Android app testing, you will always have testing scenarios that require human intervention.

Manual Testing is Best Suited For:

You can’t determine how user-friendly your application is without using manual testing, as human observation is crucial in determining the quality of an app in terms of ease of use or usability.

Ad-hoc testing is an unstructured or informal type of testing where the understanding of the tester matters more than anything else.

Manual testing provides quality feedback on usability, functionality, and appearance. A manual tester plays a crucial role in testing an application similar to a real user. It can give you a better idea of the application’s behavior and help fix high-priority errors.

For Example, Manual testing can be used to see if the buttons are in the right position, have ideal size or colour, and whether they are overlapping or not.

Despite its advantages, manual testing has many limitations, such as; Longer testing procedures are tiresome and subject to human errors. So the best alternative for repetitive testing, i.e., automated testing. This reduces the burden of manual testers and reserves them for other vital areas with a human dependency.

Android automated testing executes pre-scripted tests before an android application gets released to production. Automated testing might take some time and effort for the first run. Still, it is a viable option if the testing has to be repeated, as it can run multiple tests simultaneously. It helps the QAs reduce the time spent on testing during the different development stages.

Automated testing is the best alternative for:

Automated testing is easily scalable for larger mobile apps and is more cost-efficient compared to manual testing in the long run. But creating automated test scripts is time-consuming and it is not possible to automate each and every test scenario. Hence it makes sense to select the test cases that you want to automate.

If you skip test automation, you will get low test coverage, low accuracy, and delayed results & feedback. On the other hand, if you skip manual testing, entire categories of feedback with respect to user experience would be ignored due to lack of human exploration. Test cases such as exploratory tests, UI/UX tests should be kept for manual testing.

The best scenario would be using automated testing to test the core functionality of the Android application which gives an ample amount of time for manual exploration of key features and user experience.

Testsigma allows you to create tests very quickly with near-zero initial setup time and cost to get you started. It comes with an in-built object recognition tool that can be leveraged for seamless object recognition while UI identifier objects are created. The tool ensures continuous delivery of an uninterrupted Android app experience for its customers through its easy and efficient Android application testing tool.

Check out how easy it is to do integration testing of your Android Application with Testsigma.

You don’t need coding knowledge or skills as it allows everyone including testers and subject matter experts to write automated tests using simple English language.

Testsigma understands the importance of testing an Android application on a wide range of devices and platforms to give users a seamless experience and hence gives you complete access to over 2000 real Android and iOS mobile devices and tablets that are fast, accurate, and always available to test your application in and out.