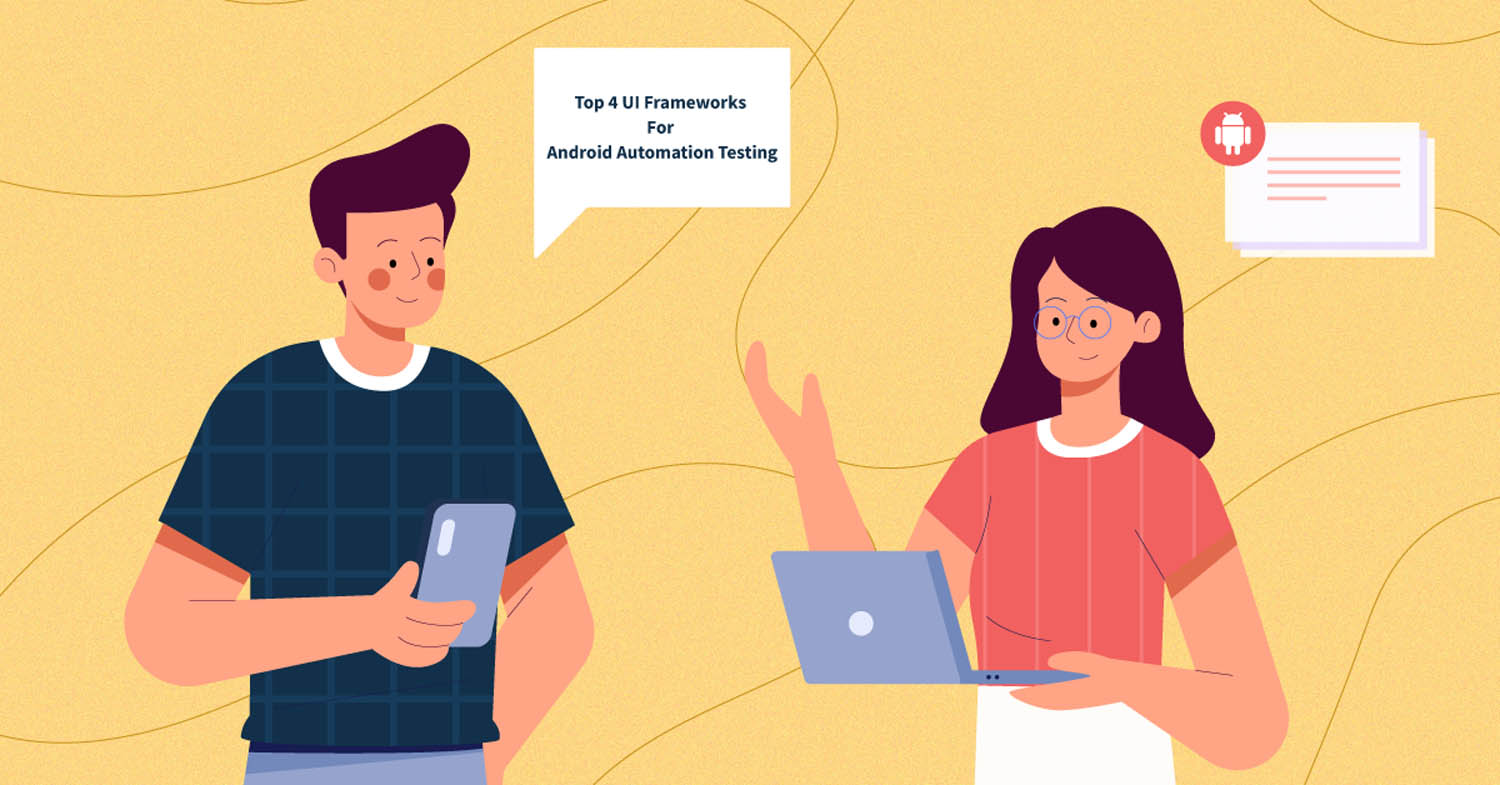 Only an exemplary user interface is capable of delivering a good user experience. And people love user-friendly experiences — it’s a no-brainer. Android developers and testers perform mobile tests to provide apps that drive a high user retention rate through an excellent user interface. For applications that have made a place in the market and have some superior loyal users, they must keep their UI upbeat, always. In such scenarios, checking the UI on every build is imperative. An excellent way to ensure this is via automation. While mobile automation tests are performed for Android, iOS, and Windows devices, we’ll dive into the UI frameworks for Android automation testing in this post.

The Importance Of UI Testing

Let’s ask ourselves: what’s the first thing that users come in contact with when they open our app? We don’t even have to blink our eyes twice to give an answer, because it’s the interface.

Developers put in a lot of effort to build an app, but it’s the users who interact with the end product and in most cases, they have zero clues about what goes into the development. What matters to them is a seamless interface.

Imagine having an end product with a missing icon or faulty navigation or other common issues like font sizing, websites only optimized for desktop screen size, breakage of layout styles for different screen sizes, and the incompatibility of JS scripts across specific browsers.

That defeats the whole purpose of making the app, isn’t it? For that reason, UI testing is important, and it should be integrated throughout the whole development process.

What Is A UI Testing Framework?

UI testing is the process of testing any visual elements of the apps that the users interact with. A UI testing framework is a tool that lets us check if our app’s UI performs uniformly across a wide range of devices. The main aspects that are tested in this process are the visual design, functionality, usability, and performance.

It is a known fact that fixing these errors at later stages is expensive. Automation testing also allows us to reliably run and reuse our tests.

Before we proceed, we recommend taking a look at this blogpost where we’ve written all about how to perform a mobile automation test of UI.

Here are the four UI frameworks for Android automation testing:

An open-source framework with a rich open source community, Appium is perhaps the most commonly used framework for automation testing mobile UI – Android andopen-source iOS. It can be used to test both native and hybrid apps, and as it’s a cross-platform tool, the same test can be performed on various platforms. Appium allows us to write scripts in any language of our choice, like Java, Ruby, C#, Javascript, PHP, and Python.

The Appium UI Inspector helps testers identify UI elements and how they align with each other. Testers can also leverage the UIAutomator framework or Instrumentation to test the Android app; its framework interacts with applications that use Selenium WebDriver and Node.js.

Most Android developers across the world argue that Espresso is the best UI framework that there is! This open-source framework is developed by Google for Android, which makes it super convenient for writing solid and reliable Android UI tests.

Test logic can be written close enough to the Android app’s logic, and the framework can be customised as per the developer’s need. Plus, it has a simple API. On the API level, it supports Android 8.0 onwards.

With a dependency on the Hamcrest library, it supports Matchers from it, which most developers are familiar with. Using this library, developers can add custom actions for simplifying the testing process.

Google’s testing framework — UI Automator allows us to practically test any app that’s installed on the device. But what makes this framework effective is it allows writing test cases without fully knowing the implementation details of the apps.

It can interact with various Android apps and its APIs help us perform tasks like rotating the screen on a test device or open Settings (or other menu items). The following piece of code is an example of how it can manipulate or trigger actions on devices.

The test cases can be written in Java or Kotlin, and the framework comes with two sets of APIs — UIAutomator APIs and  Device State APIs. The UI Automator API lets us manage the app’s UI components while the Device State APIs gives us access to operate the device. Plus, this framework has a UI Automator Viewer option that lets us study and analyze UI components in mobile devices.

Last but not the least, Testsigma’s automation mobile app testing tool is a tool that you should check out for your Android UI automation needs. We’ve got thousands of real devices with various Android versions available for you to perform tests on.

This is extremely beneficial if you’ve got to test your app on older devices. Since older devices come with different screen resolutions, you can check out how the app’s UI looks and interacts in real-time with our repo of devices. This tool also takes screenshots and video recordings wherever necessary to report any bugs and unusual behaviour.

The test cases can be written in simple English, and you don’t have to install anything on your device or desktop because our tool runs tests on a highly secure and scalable cloud. In this post, we’ve discussed the process of automating mobile apps using Testsigma.

Ready to automate your Android devices tests? You can sign up for a free trial or chat with us for more details.