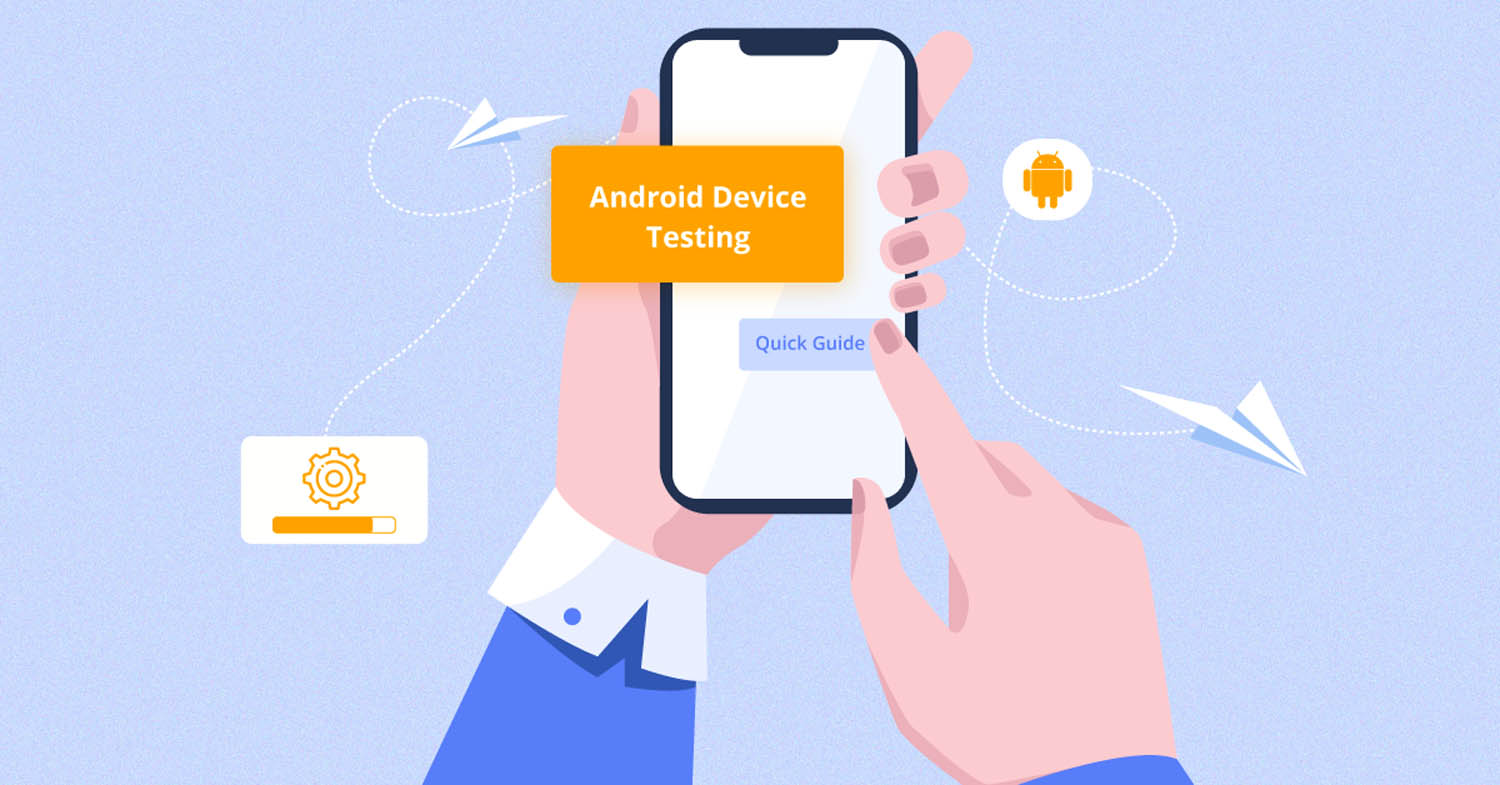 We don’t even need a moment to gather which operating system is the most used. Android development is a booming business because of the number of users it has. It is open source, and its development can be easily ported across devices. Plus, it has good backward compatibility across versions. And, precisely due to this diversity, the need for testing on many devices is paramount.

If we have to talk numbers, according to Statcounter, around 41.58% of mobile users have Android devices, globally. And in the Indian market, the numbers are higher with Android users at 74.11%, reports Statcounter.

You get the drift — several users across the world are hooked to this green bug robot. As of September 2020, Statista reports that around 30,40,000 apps are available on Google Playstore. With the ever-increasing and evolving sector of Android users, Android device testing is of the essence.

Why Is Android Device Testing Important?

Now that we realize there are plenty of Android users globally let’s look at the various Android versions consumers use. While Android 10.0 is the latest and the most used version, outdated versions like 4.4 and 5.1 are still in use, according to Statcounter.

These outdated versions may not support a few features and mobile apps. The older devices also have different screen resolutions, meaning several features must be categorically designed for them. Owing to the broad market range of Android apps, an average user has plenty of other alternatives, and if we have to retain our existing customer base and attract new users, our apps have to perform without any snag.

Unlike iOS development, Android development requires proper standards and varying benchmarks for performance and optimization. Why? Because the lineup of iOS devices is clean, gradual, and progressive in terms of enhancements and capabilities. That’s the point that calls for comprehensive testing regarding Android development.

To ensure the apps work across a wide range of varying ecosystems of devices and for app users to use it to their fullest, Android development testing is crucial.

When you’re testing an Android device, there are plenty of things to consider. At Testsigma, this is what we follow to give our users a seamless experience.

It’s always recommended to start with the basics. Understanding which devices, browsers, and versions of Android our users have are the core ammunition to create successful apps. When fetching this information, we can always get more details on how our users consume content on their devices — What mobile applications do they use? Which device brand do they use? (Because most brands have their versions of Android) Which browser do they prefer?

Such information helps us design experiences for a higher retention rate.

Every feature or app may require a testing technique or strategy. While we need to perform User Interface Testing to craft an engaging user experience, we’ll need to perform Load Testing to fix app crashes during heavy traffic hours. We’ve written a detailed blog post on the strategy and tools required for testing a mobile application. We recommend you look at it before you perform Android device testing, as it covers most bases.

At Testsigma, we have thousands of real devices for you to run tests on. Besides, you can write test cases in simple English and automate them.

Also, our mobile testing tool has older versions of Android which makes Android device testing all the more convenient.

If we ask any user, they’ll tell us that app loading time matters. According to Mobile App Daily, at least 20% of users don’t wish to engage with apps with slow loading times. That’s why we must check how our apps perform on networks like 3G, 4G, and 5G and fix those issues before launching any feature into the market.

If our apps use cameras, microphones, fingerprint sensors, etc., we’ll have to test how they perform with those features, especially if they run on older Android devices. From this test, we’ll get a glimpse of how our apps interact with these features, if they’re compatible, and figure out what could be done if they’re not compatible.

Interruptions come in various forms — phone calls, calls over the internet, messages, push notifications, low battery alerts, etc, and we have to check how our apps perform with such interruptions. In some cases, the apps can crash and freeze so we’ll have to design a fix for it.

Faster time to market is beneficial for all businesses and with CI/CD, we don’t just develop new features, we also test them continuously. With testing beginning on the same day as development, there will be lesser feedback cycles, and we can fix the bugs regularly.

When testing an Android device, one can explore plenty of automation testing frameworks. Testsigma recommends exploring different frameworks that best fit the app’s requirement and seeing how comfortable the testers are with those frameworks’ environments. Do check the various mobile automation testing tools here: Mobile Automation Testing Tools: Appium, Testsigma, TestComplete, and more

All frameworks come with pros and cons. If the intention is to reduce unnecessary silos and the time is taken for testing, you can give Testsigma’s mobile automation testing tool a shot. Effortless, scalable, data-driven, and with an automatic bug reporting feature — our testing tool is highly reliable. We are equipped to handle seamless integrations with various automation servers too.

All set to test Android devices? We have a 30-day product trial for you!

For a detailed reading on mobile testing, check out our guide here: Everything you need to know about Mobile Testing