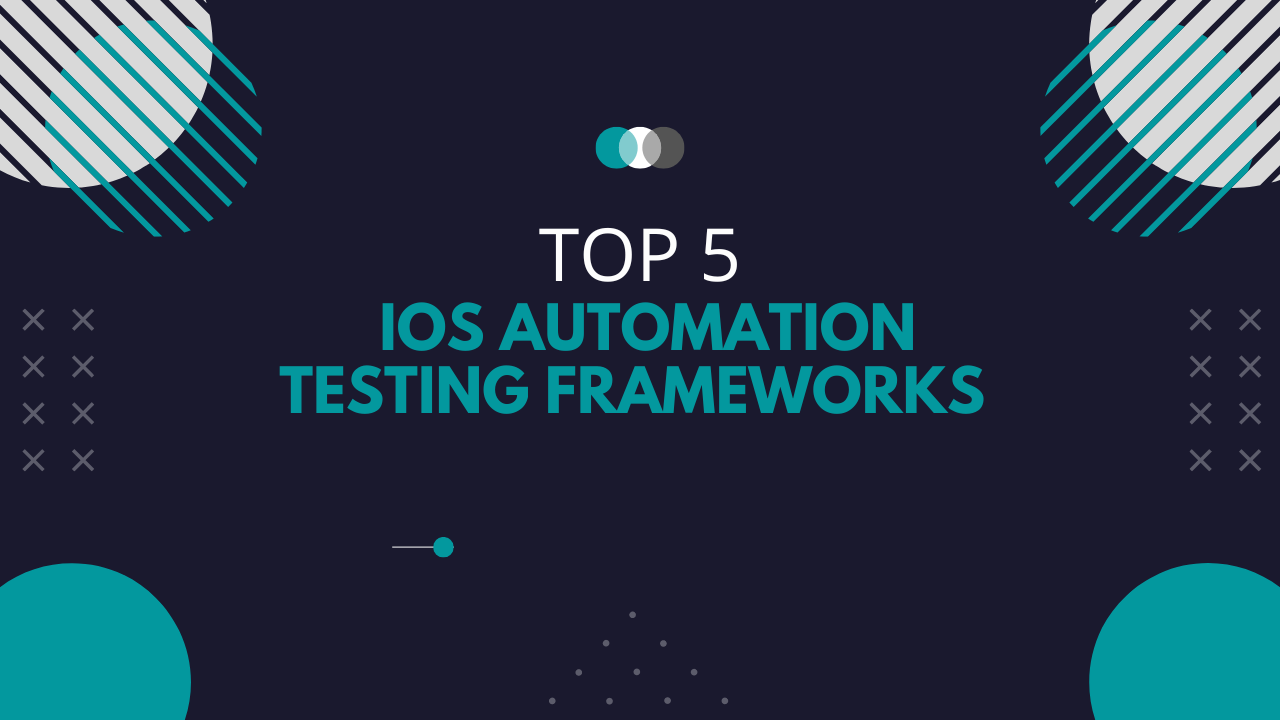 Automation testing is the name you hear from almost all software engineers. Ever wondered why? This is because of the versatility of automating the test cases across multiple OS platforms, browsers, and browser versions. Though Selenium is the most widely used tool, there are other testing frameworks that has almost similar features as Selenium. Also, iOS is the widely used operating system as it gives an edge over Android by offering better synchronization between hardware and software. In this blog, let’s understand how and why iOS automation testing is important and what are the top automation testing frameworks for iOS.

Automation software testing is a technique in which testers leverage automated software tools for executing test cases. Automating the test cases helps in saving time and effort required in performing repetitive and resource-heavy tasks that are difficult to perform manually.

Here’s a read that will guide you on when to choose a test automation framework over manual testing.

With today’s modern development architecture and delivery methods, it is crucial for every software-dependent business to invest in automation software testing to release quality software products faster than ever before. Automation testing simplifies the testing processes with minimum effort and has a positive impact on the quality of the software releases, their associated costs, and time to market.

Read more about Automation testing and how it is helpful compared to manual testing.

iOS is the most widely used operating system and offers n number of features with the latest update.

From AI/ML and IoT to Augmented Reality, Cloud Integrated Apps, Chatbot, Apple Pay and iOS security, it has various features and advancements that can easily make a person feel its necessity. Therefore, there are many apple users, due to which testing of the application plays a vital role in today’s lives.

As you all are aware of the fact that Android is widely used in the market, why choose iOS? The answer to the question goes as follows:

As the name suggests, iOS automation testing implies performing automated testing for iOS devices only. It is imperative for a tester to understand the technical and functional aspects before writing the test cases. You should also ensure that the performance metrics are on par with the actual and expected results of the test cases.

This testing is the same as any other automation testing involving bug detection and resolving the issue. There are 4 key aspects that should be considered while testing an iOS application. They are: Hardware, Software, UI, and functionality.

The next question is how to implement iOS Automation Testing.

The very basic thing here is that the test cases written should be compatible across all the iOS devices based on their functional and technical aspects from all angles.

You can implement iOS automation testing with following approaches:

You can learn more about the above testing approaches with the help of this blog.

According to the official documentation, Appium is an open-source tool for automating native, mobile web, and hybrid applications on iOS mobile, Android mobile, and Windows desktop platforms. Native apps are those written using iOS, Android, or Windows SDKs. For Example – Appium supports Safari on iOS and Chrome or the built-in ‘Browser’ app on Android.

It is platform-independent, meaning there is no difference in how you write your test cases for different platforms. Regardless of the browsers or the type of devices you use, the Appium tests remain the same.

In the below code, let’s understand how to write first test in Appium using the locators available to click on the buttons and enter the text.

Calabash is an automation framework for Android, iOS native and hybrid applications. This mainly supports cross-platform and cross-browser testing. It has an easy-to-understand syntax like English statements, allowing individuals with zero coding knowledge to create and execute automated test cases for iOS apps.

Here, you write the test cases in Cucumber, similar to Gherkin language. You then convert these tests to Robotium in the run time environment for better comprehension.

The below code is similar to the one in Cucumber Gherkin language text used by Calabash. It tells the system to Sign-in using the username and password and view the message.

Detox is a gray box end to end testing framework that is built into the application for React Native apps.

Here, the system should wait for the method, locate the welcome screen using the standard locator id, output the message and then output the Detox screen.

This popular iOS testing framework smoothly integrates with XCode’s testing workflow. Apple developed XCTest, and it turns out to be well-supported. This is also kept in sync with the iOS application framework as it comes with Apple’s suite.

In the below scenario, to test the time taken by your code, call the measure(_:) inside your test method, and execute the application code inside the block argument. To measure performance using other metrics, including memory use and amount of data written to disk, call measure(metrics:block:).

EarlGrey is an open-source native test framework for iOS UI test automation developed by Google. The main motto behind Google developing this framework is to test their native iOS apps such as YouTube, Google Translate, Google Calendar, Google Photos, etc.

The EarlGrey framework has an Enhanced synchronization option that synchronizes with the UI, server and client network requests, and multiple queues automatically. You can write the test cases both in Objective C and Swift.

Below table depicts the comparison of the top 5 iOS testing frameworks.

Neha is an experienced Research Analyst with a demonstrated history of working in the field of testing and Instructional Designing. She's skilled in Automation Testing, Supply Chain Management with a Computer Science and Engineering background. Besides, she's a technical writer. On the personal front, she's a singer and loves going on road trips!