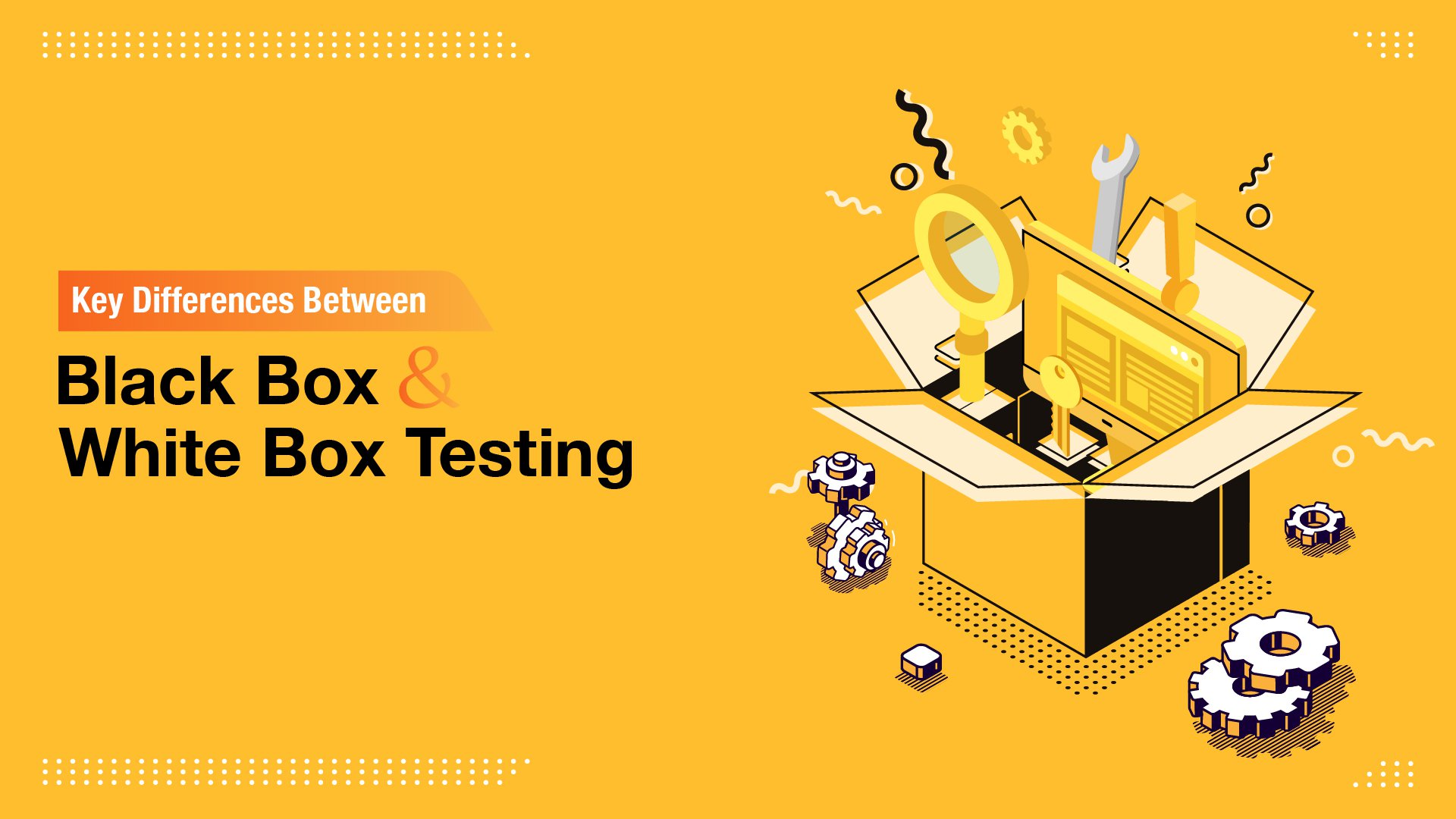 Accentuating both quality and security while developing applications is the need of the hour. It helps ensure your application is free from all possible flaws and security loopholes that might lead to significant revenue losses.

Testers all across the globe rely on both black box and white box testing to identify and remove all the critical errors before releasing the final product.

In this article, I’ll go into detail about Black Box vs. White Box testing and how they impact your software delivery systems.

What is Black Box Testing?

Black box testing is a software testing style wherein the objective is to examine whether software works for end-users as intended without worrying about the internal system. In this, a tester observes the behavior of a system entirely by inputs and outputs.

Regression testing: It involves testing the new version of software for any regression or degradation in capabilities. It can be applied to both functional and non-functional aspects of the software.

What are the Black Box Testing Techniques?

Testers use different techniques of black box testing based on the requirement:

Equivalence partitioning: In this technique, the inputs are divided into different groups or partitions, and one input from every group is tested to find the results.

Boundary value analysis: As the name suggests, the tests in this technique are designed to include representatives of boundary values (inner and outer limits) in a range.

Decision table testing: This technique helps test the system’s behavior for different input combinations. As the name suggests, the inputs are represented in tabular form.

State transition testing: It is a technique used to test different states of the system. It works well when there are different responses during the transition from one state to another.

Error guessing: The testers use this technique to guess the error-prone areas based on the application’s behavior and functionalities.

Let’s quickly take a look at an ideal example of black box testing.

Imagine a situation where you are looking to buy a new car, and you have done a bit of research to come up with 3 options that suit your needs and budget. Now, how will you evaluate these 3 options that you have to finally choose the best from the lot?

You will most probably take test drives to find the best one. Here, you are not concerned about the internal machinery of the car. Instead, you rely on usability and functionality to reach a conclusion.

What is White Box Testing?

White box testing is a type of software testing wherein the internal structure and design of the item being tested are well known to the tester. It helps the developers in finding out the internal flaws of the security.

Conditional testing: This type of testing checks the logical conditions for both true and false values.

Path testing: It is a testing approach that uses the source code of a program to find every possible executable path. It helps the testers achieve maximum path coverage with the least number of test cases.

Unit testing: It is a testing method wherein individual units of software are tested. It helps ensure that each component of the software works as intended.

Integration testing: It is a type of testing process in which individual software modules or components are tested as a group. It helps ensure that the modules work fine when merged.

Loop testing: This testing type that entirely focuses on validating the loop constructs used in the algorithms.

What are the White Box Testing Techniques?

Testers use different techniques of white box testing, including:

Statement coverage: This technique makes sure that all executable statements in the code are run and tested at least once.

Branch coverage: In this technique, the code is mapped into the branches of conditional logic and ensures that unit tests cover every branch.

Path coverage: In this technique, the tester writes unit tests to execute all the possible paths through the program’s control flow in order to identify broken, redundant, and inefficient paths.

Control flow testing: It is a structural testing technique that helps determine the execution order of statements of the program through a control structure.

Imagine a situation wherein a customer needs to transfer money to a friend who lives abroad. S/he wants to use the mobile banking service provided by their bank to do this.

Testing the service involves identifying all the possible paths to help increase the test coverage, such as:

This is how white box testing works—by analyzing the internal functionality.

The major difference between Black Box and White Box Testing is that the former checks if software works for end-users as intended without worrying about the internal system, whereas the latter tests the code and internal structure of software.

Let’s look at the significant differences between the two: