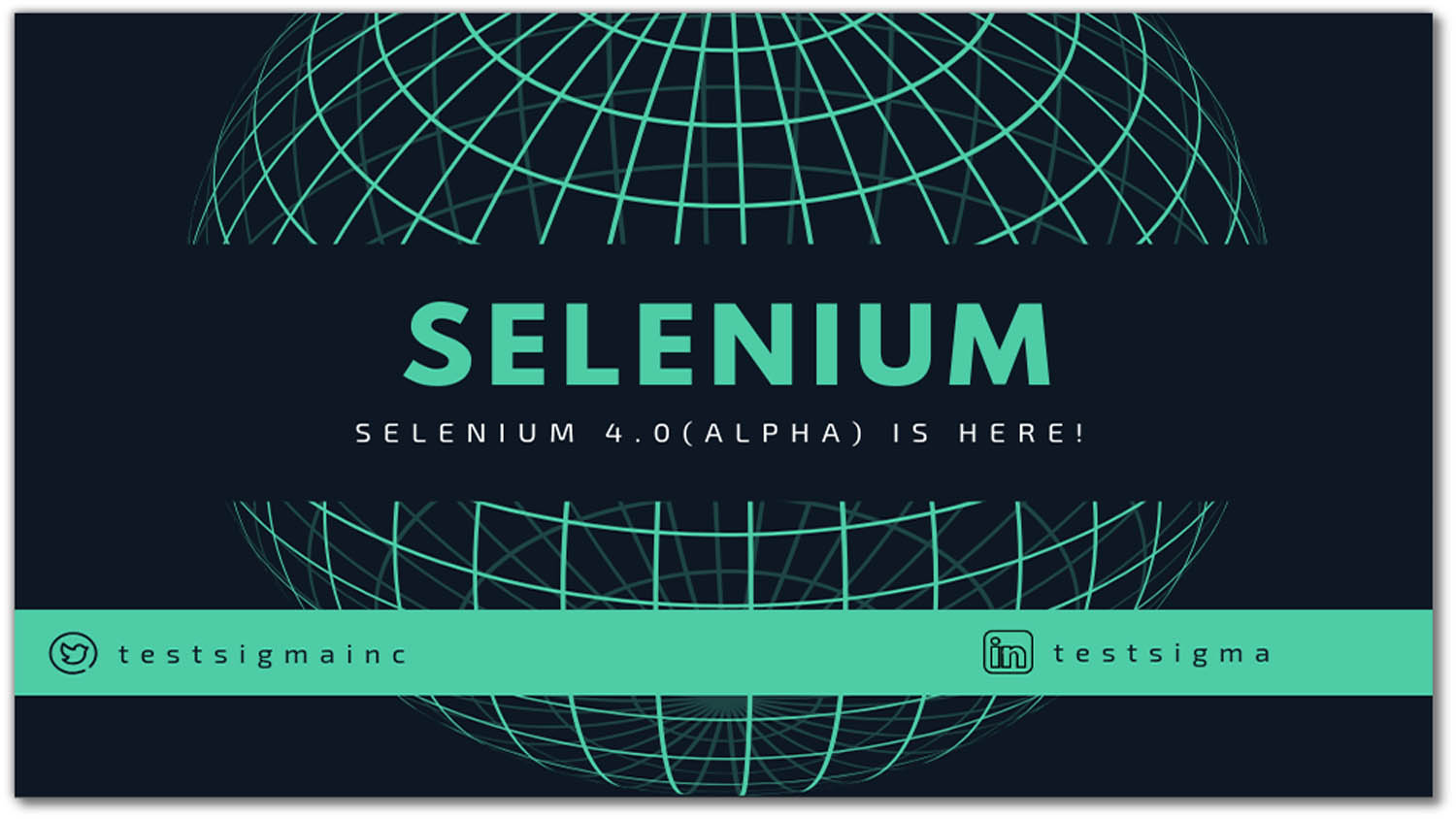 Selenium team has added Selenium 4.0 Alpha to mvnrepository two weeks back(24th April) and has created a buzz in the Automation QA Community.

The QA fraternity has been eagerly waiting for one or more features proposed in this release. The most significant of them would be the W3C Standardization. It would make the Framework much more stable and reduce some of the compatibility issues across different Web Browsers.

Another beginner-friendly change that is coming with this major release is updated Documentation. After version 2, Selenium Documentation had not been thoroughly updated. The updated documentation would help beginners, as well as the experienced, immensely.
We also hope some of the drawbacks in the article Pros and Cons of Selenium as an Automation Testing tool will be handled by Selenium 4.

Let us look at some of the prominent changes that we can expect in Selenium 4. And if you dig in at the right place, you can see the complete list of changes in CHANGELOG or CHANGES file – Selenium Github Repo

Note: This is not a complete list and I have deliberately omitted many of the underlying implementation and architectural changes that a regular QA Automation guy like me wouldn’t have to deal with on a daily basis 😀

The earlier versions of Selenium used JSON wire protocol which required encoding and decoding of the API. Whereas, Selenium 4 will now use a standard W3C Protocol to communicate between the driver and the browser. The advantage is that W3C protocol doesn’t require encoding or decoding the API and the tests will be able to directly communicate with the Browser.

Selenium 4 will be entirely compliant with W3C WebDriver standards and this will include the documentation as well. So, the updated documentation will cover detailed instructions for usage.

Also, The actions API has been revamped to conform with the WebDriver Spec.

The team will remove native support for Opera and PhantomJS going forward. Still, the users who need to test Opera can rely on Chrome since Opera is based on Chromium(which Chrome is forked from) and for PhantomJS users can use Chrome or Firefox in headless mode.

Basic support for OpenTracing landed. Use the –ext flag to the new Grid Server to provide the classpath to an OpenTracing implementation.

Selenium 4 will introduce Basic support for using Docker containers with the new Grid Server. More information will be available once the official documentation is released.

Check out Testsigma to see how most of these things are already considered and made available to all our customers.

The main problem which most Selenium users face is that there is no proper and updated documentation for Selenium. The Selenium team has not updated the documentation since Selenium 2.0. With Selenium 4, they have updated Selenium’s official documentation to explain the latest changes.

While it’s great to see the improvements that are expected to be covered in Selenium 4, it would be a hassle for small and medium-sized teams to read through the API docs, analyze the changes, and rectify the tests broken by the updates due to the considerable changes.

Many of the above-discussed changes have already been implemented by test automation tools like Testsigma.

With a cloud-based tool like Testsigma, the updates will be reviewed internally and applied to all the customer’s tests automatically without any additional time, resources and efforts from the teams and is very easy for functional teams to get started!