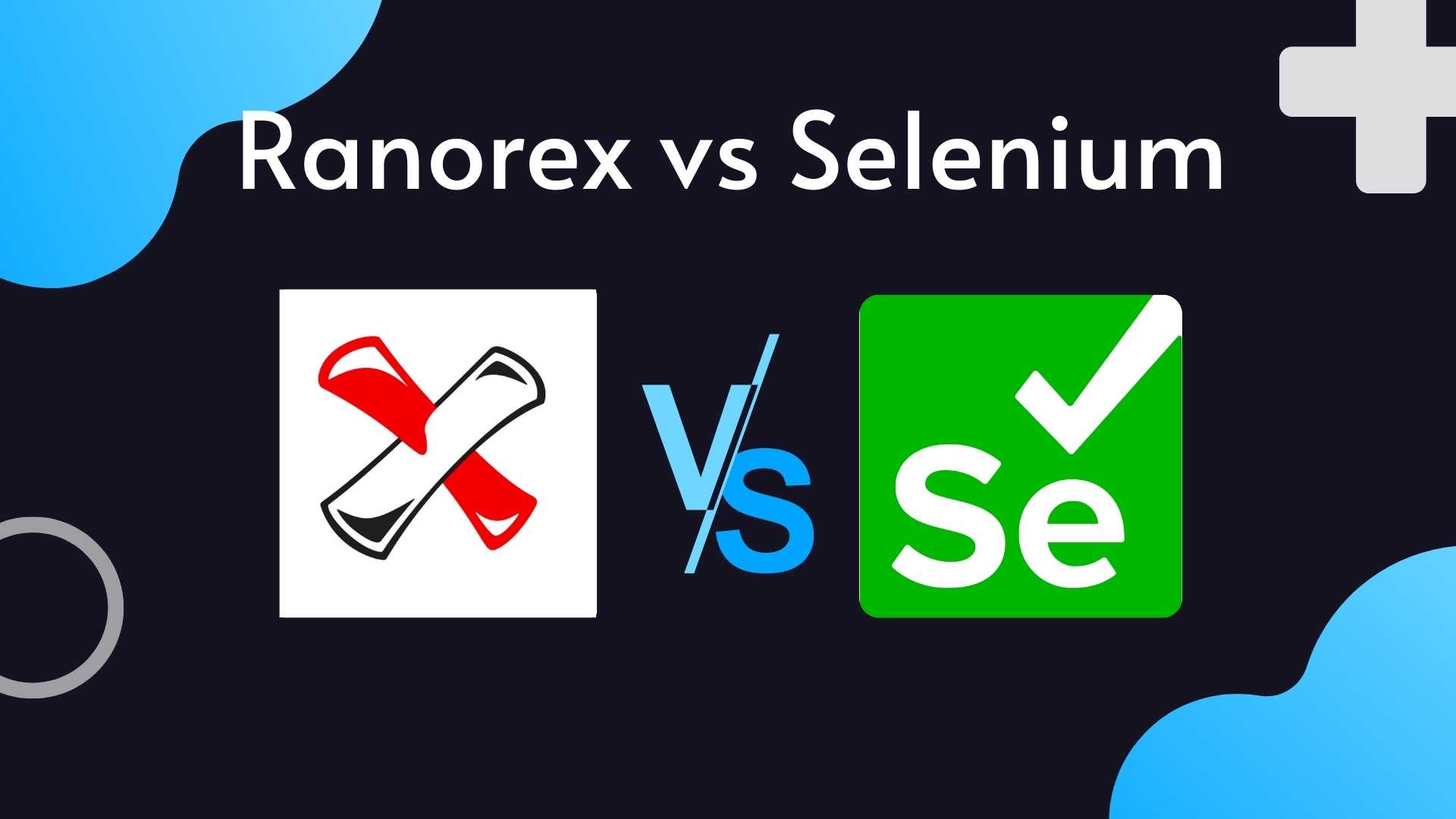 After hours of coding complex web applications and algorithms, amongst many other things, manual tests had to be carried out hundreds of times to ensure the code was right.

However, with the introduction of automated tests, things have become much easier for programmers. Ranorex and Selenium are two very popular test automation tools used for this purpose.

In today’s article, we will be doing a comparison of Ranorex vs Selenium. We’ll be discussing the many platforms they’re compatible with, their performance, and many other factors. Stay tuned to find out amongst these automation tools which one’s the perfect match for you.

The Ranorex Studio is an excellent tool that works very smoothly for test automation. It doesn’t have its own scripting language, so it uses other standard programming languages like C# and VB.NET for automating tests.

This GUI test automation tool is used for desktop web and mobile applications testing. It can support a wide range of operating systems, which include Windows, Android, and iOS. For automated bug tracking, Ranorex studio has built-in integrations with leading tools such as Jenkins, Jira, and TestRail happen.

Thanks to its excellent object-based capture and replay editor, and record replay and edit actions, users get the ability to easily create automated software tests for their web browsers and desktop applications. Because the Ranorex studio has impressive UI elements, this tool is a good option for non-programmers as well.

Parallel testing with Chrome, Safari, Firefox, and many more browsers can be done during web testing, for faster results.

There is no need for jailbreaking with iOS devices or with other mobile platforms when doing iOS application automated testing. Lastly, you can record your test steps in the Ranorex studio with the Ranorex recorder.

As you may know, Selenium is an automation test tool for web browsers, with Appium as its native mobile app counterpart. With this tool, you will be able to create scripts in several programming languages such as Java, Python, C#, PHP, Ruby, etc.

Selenium WebDriver is popular with SDETs since it’s open-source and one of the oldest tools that automation testing has relied on. Thus, it has APIs, libraries, drivers, and frameworks for multiple use-cases contributed by the massive community. The WebDriver has a client upon whose command the browser-specific driver runs tests. You must keep in mind that Selenium is to automate web browsers only.

Parallel testing is made possible by the Selenium Grid, and it does a great job at reducing the runtime of the tests. The Grid is a smart server, and it has two components the Hub, which is the server, and the Node, which is the remote device. You will, however, need to create and maintain the infrastructure for servers and devices yourself or use cloud-based test labs like SauceLabs or Lambdatest.

With a brief review of Ranorex and the overview of Selenium, you may be able to tell which one is better for you, but the detailed comparison below will give you a clear solution for sure.

Between Ranorex test automation project and Selenium, we must say that Ranorex studio is more versatile in terms of compatibility as it can support desktop web and mobile application tests without additional framework setup.

On the other hand, Selenium was developed to automate test execution of web browsers, and not mobile or desktop applications. Both of these tools work perfectly well with most common web applications such as Windows, opera, Chrome, Safari, Firefox, and more.

Both of them support you to create test scripts in a programming language like Java, Python, C#, and many others.

With the help of Selenium grid, you can get test results very quickly during the automation of your browser. Its central station distributes the web applications to several virtual and physical servers to speed up the test automation and get solutions quickly. Not all Selenium tools come with such parallel test features.

However, the Ranorex studio comes with parallel test features, which makes it faster in some cases.

Setup and your first automated tests

If you’re setting up the automation framework on your own, and you don’t know how to code, Selenium is going to be tricky. Ranorex studio has an easier setup. Selenium on its own is just a browser component. To make it useful as a test automation framework, you need to install relevant libraries for the programming languages that are available.

While you shouldn’t face much trouble using any of the two tools, the Ranorex studio is definitely more user-friendly. As we have mentioned before, it has a great capture and replay editor, which ensures you don’t have to write any code for creating tests.

The Ranorex studio easily does data driven testing by setting up data tables and Excel files.

Selenium WebDriver has autocomplete, and Ranorex studio has predictive code completion, and both of them work similarly.

Although there are many automation software out there, not many of them can locate UI elements like text boxes and buttons easily.

To move along an HTML object tree, both of these test tools use a type of Xpath expression. Yet maintenance with Selenium is much more difficult. This is because Xpath in Selenium can only be used on the code level.

On the contrary, the Ranorex studio has an object repository that helps arrange all the UI elements when it’s time to do automation tests.

On top of that, editing and even creating Xpath expression is made easier with the help of the Ranorex spy tool. Using these UI repository elements in the Ranorex studio software for object identification helps to make your code cleaner and readable.

In comparison to the Ranorex, the Selenium WebDriver also has more of a tough time trying to identify and locate UI elements with dynamic IDs.

Selenium-based frameworks are inherently customizable but are still limited in terms of test execution reports. Meanwhile, Ranorex studio reporting is easier to comprehend and more actionable. It is also very simple to share and comes in different formats such as JUnit, PDF, and HTML. Both of them will provide you with recordings of the test runs, which is very helpful when debugging.

Along with all the features, the price of the automated testing software also plays a major role when you’re in the market.

Selenium is open source, which means that it is a free tool, and anyone can access it. Ranorex Studio starts at $3,950 for a license.

You will get a free trial for Ranorex, and in this free trial, you can find out whether you it’d be a good investment for you.

We hope our detailed comparison of Ranorex vs Selenium was able to help you finally come to a decision.

Both of them are excellent choices, but if we had to pick one without the price in mind, we would have to say that the Ranorex studio has a much better performance. However, if you already have a team of developers you can assign solely to setting up and maintaining your test automation framework and all the automated tests (to avoid flakiness), you can always use Selenium.

Unlike Ranorex, Testsigma is open-source and supports end-to-end web, mobile app, and API testing. Unlike Selenium, Testsigma does it all without code. With Tetsigma, you get the best of both worlds. Try it for free today, or check out the repo on Github.