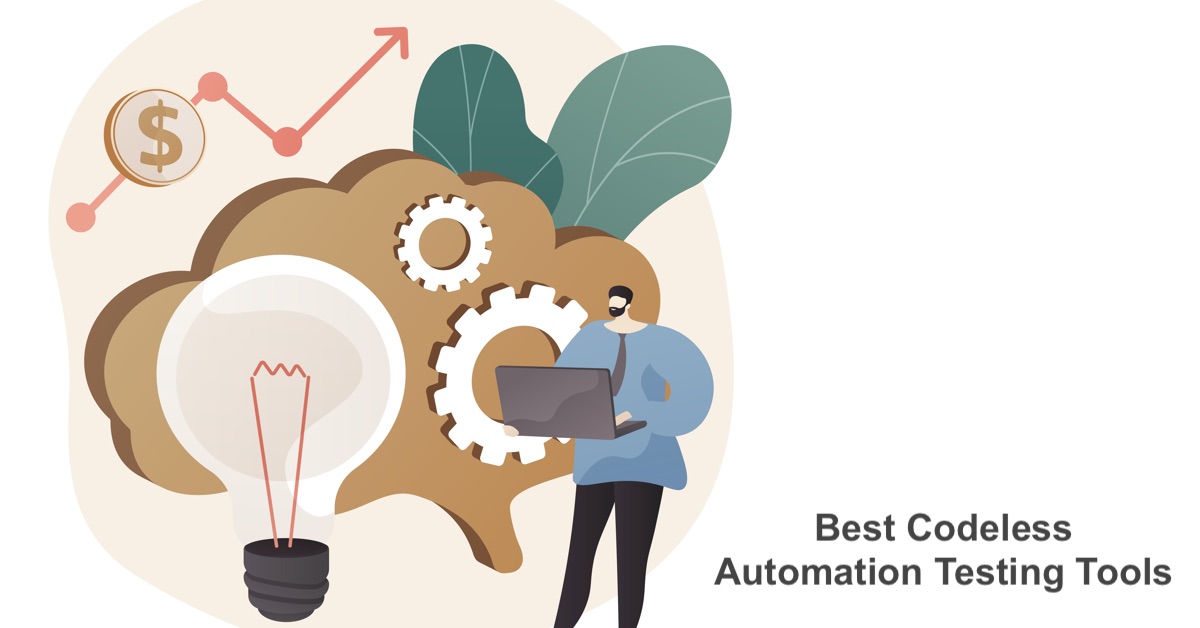 With the advent of agile and DevOps culture, we’re already embracing digital transformation. Organizations globally are looking for newer technologies and tools to innovate, enhance productivity and deliver faster.

If we talk about testing itself — automation has taken us several leaps ahead; QA teams have solidified test efficiency and coverage even further. Gone are the days when automation testers had to learn coding to write test scripts. Enter codeless automation testing, which is one of the latest software trends to look out for.

Before proceeding, if you’re interested in understanding software testing trends for 2021, check our article out.

What is Codeless Automation Testing?

With codeless automation testing, we can exponentially reduce the time and effort to automate. Plus, we don’t always have to learn new languages. That’s a brownie point, right there!

For an in-depth understanding of codeless automation testing, read A Guide to Codeless Testing.

Testsigma: A cloud-based tool — Testsigma is a codeless test automation tool where scripts can be written in simple English. This end-to-end automation testing tool offers thousands of real-time devices with various browsers and OS combinations for you to run tests on. It supports CI/CD integrations and offers a solid test management ecosystem.

Get efficient test automation being codeless with Testsigma

On Mabl, tests can be run on emulators; it also has a feature that mimics desktops or mobile devices, and you’ve got the flexibility to choose screen orientation and devices (for instance, OnePlus 7, iPhone 12, etc.) that you’d like to perform tests on.

Perfecto: Formerly known as TestCraft, Perfecto is a scriptless automation testing tool that is powered by AI. Perfecto’s cloud comes with hundreds of real devices with various browser and OS combinations. It can be integrated with CI/CD tools.

This codeless testing tool is simple to learn and AI automatically corrects errors wherever necessary. Plus, Perfecto generates Selenium test scripts after you write tests in English.

Leapwork: Whether your background is technical or not — Leapwork lets you learn and automate test cases quite quickly. This codeless automation testing tool allows building test cases virtually via design flow charts.

You can automate a wide range of apps, including desktop, SAP, Citrix, mobile, web, and cloud-based ones. It supports CI/CD tools. You can run tests by importing data from spreadsheets, web services, and databases.

Ranorex Studio: Ranorex Studio is a codeless test automation tool that supports tech stacks such as .NET, C#, HTML5, Java, etc. It can be integrated with major CI/CD tools, and it’s particularly great for GUI testing. Like most codeless automation testing tools, Ranorex also comes with features like drag and drop, capture and replay, and recording, etc.

Katalon: Katalon is a codeless testing platform that can be integrated with multiple CI/CD tools, DevOps, and any cloud-based services. While it is great for beginners, it offers extensive script extension and customization for experts.

Apart from the cloud, it can be used on local machines too. Katalon’s store offers myriad plugins that can effectively improve the testing capabilities too.

At a glance, let’s look at the following table to understand the features of all these codeless automation testing tools.

Now that we’ve discussed the best codeless automation testing tools, tell us which one you’re keen on exploring. And if you’ve been using any other tool, tell us about it in the comments section.