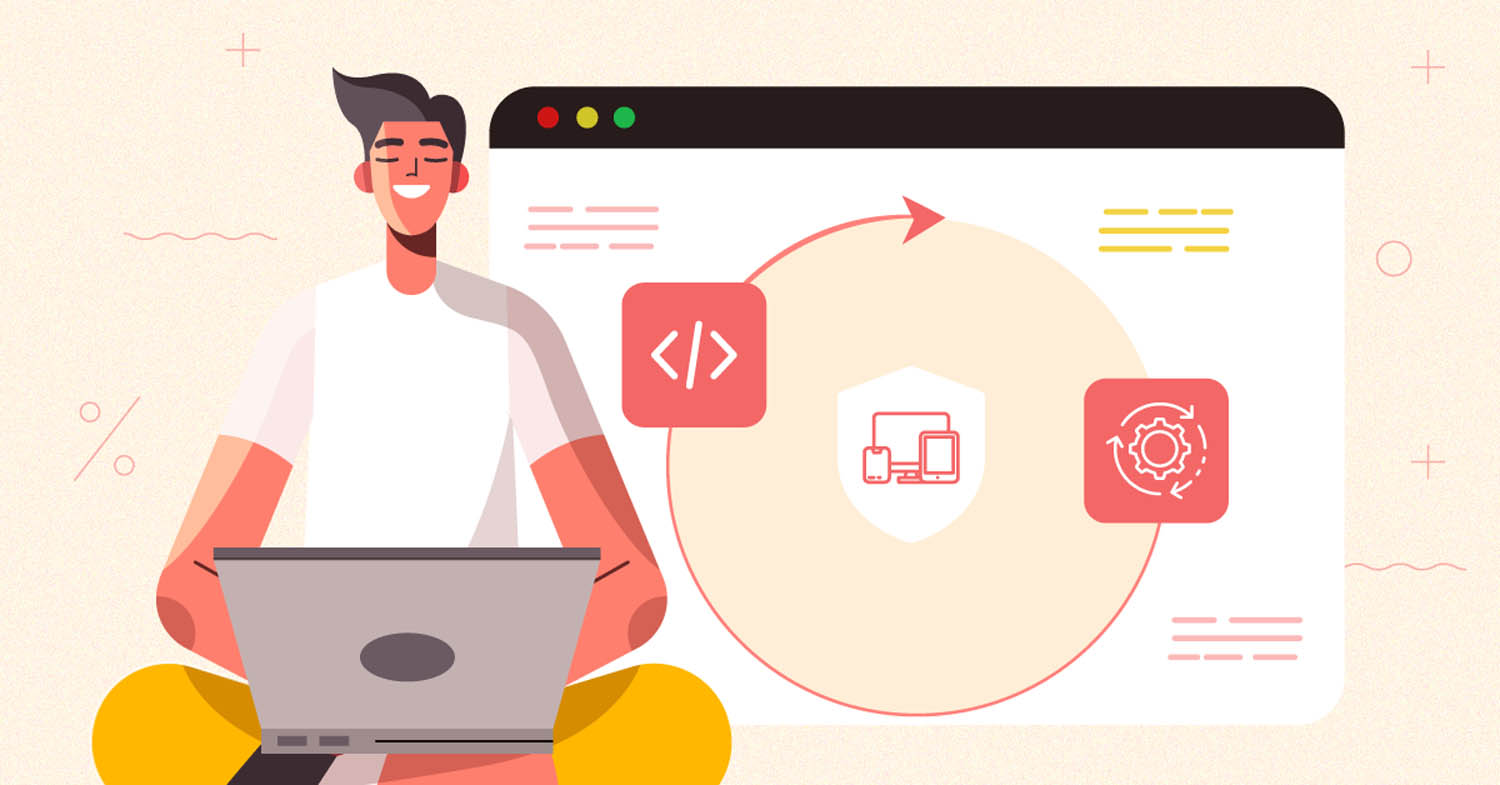 MarketQuest (2021) predicts automation testing to grow at a Compound Annual Growth Rate (CAGR) of 9.8% for the next five years. Globally, organizations across banking, retail, automotive, healthcare, etc., amongst others will embark on automation.

That brings us to the crux of our conversation — codeless test automation. What is it, and why do we need it? In the past, it was always important for testers to learn to code and keep updating their skills for performing automation tests.

In all honesty, it wasn’t always practical or simple, but with codeless test automation – test automation that does not require learning to code – testers can now focus on what’s crucial: shipping efficient products.

If you’ve been wondering whether to make that shift to a codeless test automation tool, allow us to dig deeper and explain their advantages.

Time-saving: Primary and yet the best advantage of using codeless automation testing is it is time-saving. As testers don’t have to spend their time coding or learning to code — you can start with codeless testing from day one.

Since there is no need to write any piece of code — testers can write test cases that are often aided by AI, therefore enhancing both performance and the speed of testing.

For instance, Testsigma — a codeless automation testing tool lets you write automated tests at 5x speed. All you’ve got to do is write tests in simple English. Another tool, Perfecto, supports parallel test execution, and you can run several tests in multiple environments.

Simple to learn: Codeless automation testing is user-friendly. What we mean is, you can start automating your projects right from the day you sign up for the tool. Testers can take a quick product tour, configure, and start testing.

High-quality: Codeless test automation enables faster feedback cycles and faster time to market as it reduces the software development time. Since you’ll execute tests at a rapid pace in a highly controlled environment, you’re more in control when it comes to efficiency.

That said, faster feedback will always lead to fewer bugs or errors — so, you’re shipping high-quality apps or websites.

Most codeless automation testing tools come with features such as AI, scalability, amongst a few others that give these tools an extra edge. Let’s take a look at some of the best advantages of using codeless test automation tools.

CI/CD Integrations fit like a glove: For teams with agile and DevOps culture — codeless automation testing tools are of major advantage. You can expedite testing and plan your product launches faster. CI/CD integration ensures all the changes or updates are regularly made.

Plus, if there are any bugs, they can be caught in earlier stages. Tools like Testsigma, Leapwork, Ranorex Studio offer CI/CD integrations with tools such as Bamboo, Jenkin, CircleCI, etc.

Scalability is a pro-point: If you ask any tester out there, they’ll tell you how taxing it is to upgrade a traditional automation testing tool. For instance, if you were to upgrade or maintain the Selenium grids, it’s not only expensive but also less efficient. Besides, it’s not scalable.

However, most codeless automation testing tools are cloud-based. They’re quite scalable, and you can scale a cloud up or down based on your project requirement.

As we test various interfaces within these apps, we can increase the scope of test automation from one app to multiple apps based on our requirements. Apart from scaling the testing process, you can evaluate risk areas with a codeless testing platform and test them thoroughly.

Since regression testing is monotonous and repetitive, QA engineers can significantly decrease their efforts and focus on other aspects of testing such as exploratory or acceptance testing.

Codeless automation testing tools like Testsigma and Leapwork enable you to write regression tests in plain English. Besides, you can run regression tests parallelly with other tests or even schedule them based on your project priority.

To know more about how to automate regression testing effectively, read this article.

AI saves the day: Codeless automation testing tools come integrated with AI or ML. As per Software testing trends for 2021, at least 38% of global organizations have introduced AI or ML in their testing efforts. The growth is staggeringly high because AI or ML combines human intelligence and computer intelligence to accelerate development, reduce errors, and automatically handle processes.

Mabl — a codeless testing tool is powered by AI, which helps auto-heal; it quickly identifies even the most minute changes. With this tool, you can test modern frameworks like VueJs, React, and Angular too.

In Testsigma, AI manages 70% of test cases and gets rid of flakiness after every update or build. You’re building efficient products — just the way you planned.

Get efficient test automation being codeless with Testsigma

Besides, most tools suggest tips on improving productivity or test case scenarios, which are quite beneficial. Most of these tools come with a superior bug management system. Every time they spot flakiness, bugs, or error patterns, they’ll notify the teams so you can fix them pronto.

These tools are generally intelligent enough to prioritize test case reusability and suggest or automatically manage and update test cases to reduce manual efforts. Some common steps or test cases can be increased into the test flows later, making it a flexible process.

It all happens on the cloud: Cloud-based tools are the future, and if you’re not shifting to them, you’re not fully embracing digital transformation. Most codeless automation testing tools are cloud-based, due to to which your maintenance costs are cheap — no need to maintain and upgrade physical tools or systems.

A cloud is secure and scalable — you’re more in control as you get to decide what and how much to use. If your project requirement has changed, you can scale up or down based on that requirement. You pay for what you use. Cloud is also up and running 24*7, and remote teams can access it from anywhere, any time. 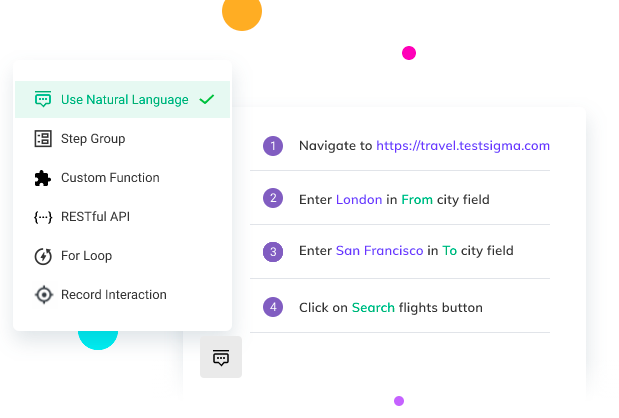 Offering end-to-end testing solutions, Testsigma follows shift-left and supports data-driven testing. In addition, we offer a fully loaded test lab for you to manage your test executions better, and if you’re keen on plugging in your devices for testing, you can do that too.

Don’t just take our word for it, though — try it out yourself. Testsigma is giving away a 30-day free trial. Sign up here.