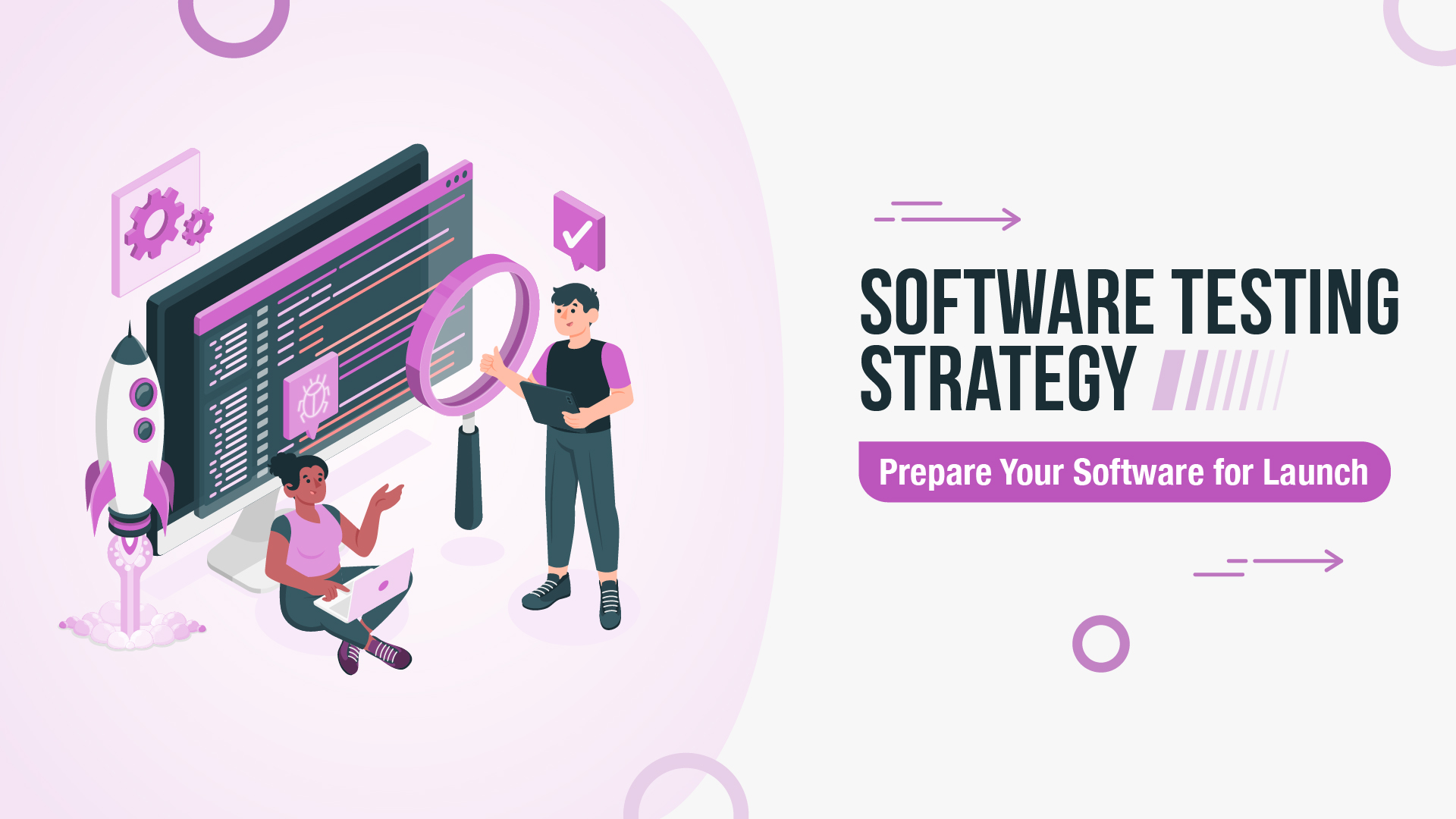 All software must be tested to ensure that it works as intended before being released to the public. Software Testing must be rigorous to ensure that users are satisfied with it and have no complaints. A bad review, or negative word of mouth, of your software, can hamper its success on the open market or mean that staff will not use the new software.

This also applies to building websites, so even if your software works great but your website doesn’t, it may deter people from returning. Further reputation damage will reduce sales which will inevitably cause more significant problems. 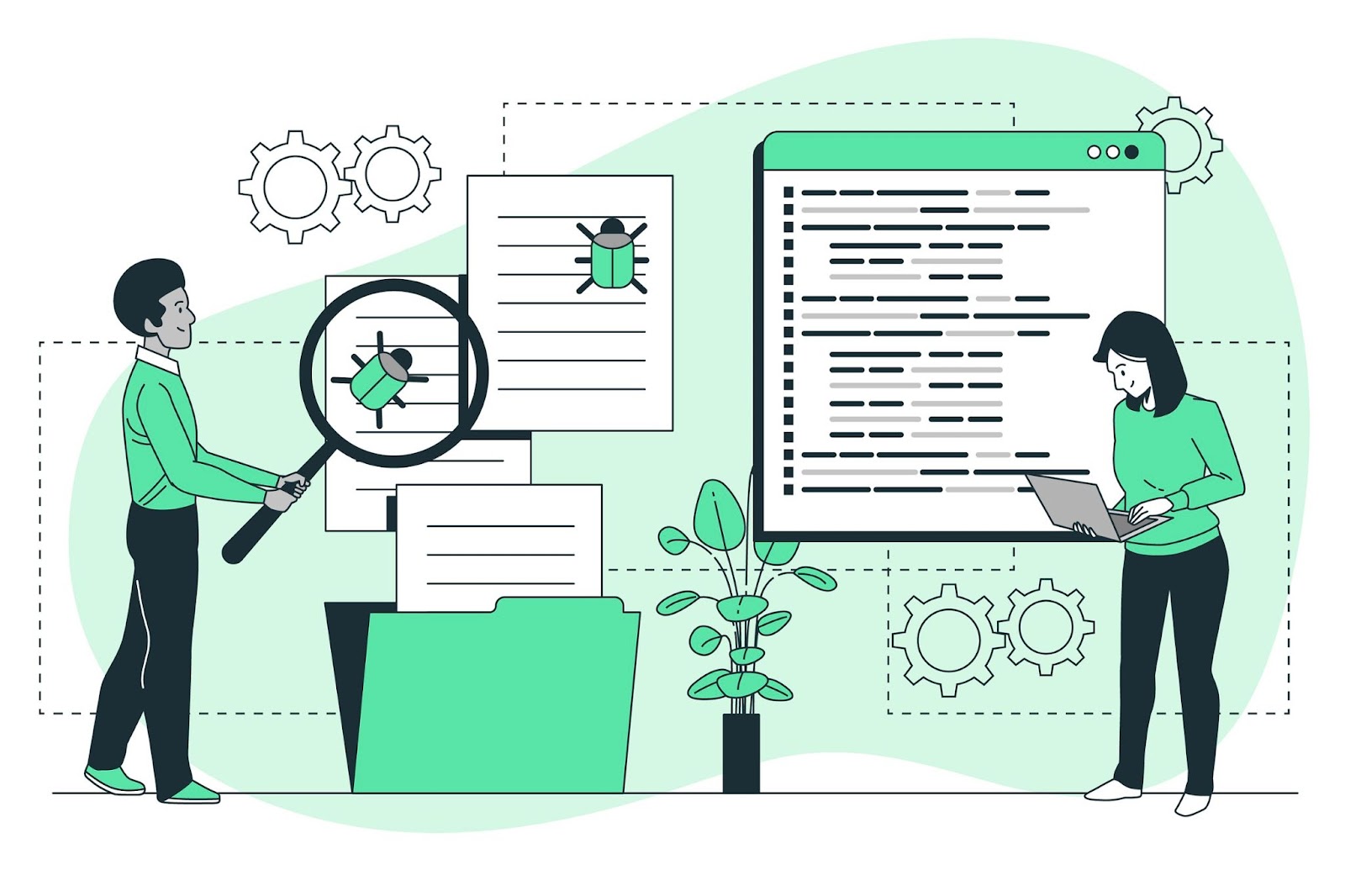 But many people operate successful software testing strategies to mitigate negative word of mouth. A rigorous software testing strategy tests the product to ensure it works as expected, not just in everyday scenarios but also in the unexpected. For example, what if a user clicks on the wrong button, adds too many variables, adds characters, etc.?

Many people need clarification on a test plan and a test strategy. Both have similar goals, to ensure that the software is working perfectly. However, there are lots of differences between the two.

The main goal is to decide on the effort required to approve the application/software after testing. It will have information within the document that includes the destinations, timescales, techniques, estimations, and assets required for the software testing.

At the same time, the procedure is minutely observed and constrained by a test manager who oversees the whole process. You will also have details within the Test Plan detailing what is required to pass a test, which is detailed to test the software, and more.

The test strategy is a set of instructions/protocols to explain and detail the test design and showcase how to perform the test. An arrangement describes the approach for testing and answers what is required to complete and how to achieve it.

A single test strategy can be used to develop lots of different test plans.

Your testing activities must have clear and explicit aims. This will assist you in focusing your efforts and ensuring that you are testing the right things.

Your testing plan should cover all product areas, including functionality, performance, security, and usability.

It is far easier and less expensive to address problems early in the development process, so it is critical to begin testing as soon as feasible.

It is required because testing must be done in collaboration. To guarantee that everyone is working toward the same goals, developers, testers, and other stakeholders must work closely together.

Automate everything you can; while automating specific testing components can save time and effort, finding the correct balance between automation and manual testing is critical.

Rather than being a one-time event, testing should be an ongoing process. This ensures that problems are identified and handled as soon as possible.

Your testing efforts should ensure that the product meets the needs and expectations of your users.

A software testing strategy should be shared across your application testing team. Whether you are testing contracts management software or payroll software, without the strategy, testing can go very wrong, and you might end up missing errors that cause disruption once released.

The senior developer or project manager should write this high-level document. The test strategy is derived from another document that should have been created before the application was built, the Business Requirement Specification document.

However, many brands will include the strategy within their plan. But this is usually only for smaller projects or when they would like to refer back to it, and it is easier to access one document.

Numerous components of the Test Strategy document need to be completed. These include the following:

You can include other items in the plan using your judgment. Once you’ve done this, you can start to develop the test plan.

Below are some detailed parts of the testing process that you should use.

1.Specify the requirements of the product.

One of the first parts of the software testing strategy is to ensure that the document details the needs of the product. Many outputs might be required as part of the software. You should describe exactly what output you expect from the software.

Many project managers find it helpful to create an example of the expected outcome using manual options or other software. Therefore, testers can assess the outcome and the desired results during the testing.

With every test plan that you create, this should be one of the first things mentioned and should be taken directly from the qa testing strategy.

2.Specify the objectives of software testing

When creating the test plan, choosing the objective is crucial. Unfortunately, this is sometimes missing from the plan or even strategy. The main reason it is left out is that it might seem obvious why the test is being done: to ensure there are no errors. However, there are different objectives within testing.For instance, you can test whether the user can easily use your software. Or that the software can integrate with a third-party app. These elements must be listed. And different test plans might focus on other test purposes. One test could be on the front-end use while a second test could be about the mobile output of the software.

Another feature that should be remembered is the user’s requirements. Many applications and software products are developed to solve problems, but users are only sometimes considered. For instance, some users want a software solution to integrate with other software, whereas others wish for specific outputs.

If you don’t know the user’s requirements, then you cannot tell whether the end user will accept the test output. And therefore, the test is not useful. Consequently, you might need to conduct focus groups with the intended end user. This should have been done before the application development, but if not, it has to be done before release.

The user’s requirements can be listed in simple bullet points, or they can be very intricate. It depends on the level of detail required for the software.

You need to know who, how and what will be done to test the application. There are many different ways to test software, and it depends on the user, objective, and input you will use as to which strategy will be best for your specific need.

A static test is performed without you needing to run the developing product. This is a desk-checking operation where you look at the code and ensure that everything is error-free. For instance, a typo within the code.

The next part of the test should be a structural test. The software can only be tested with this step. It is also known as white-box testing. This is usually an automated process running within the test automation framework. It works by testing the outputs of the application against previous outcomes that have been developed.

Testing teams can check these to see if there have been changes in the system’s behaviour.

The final stage of the testing is known as behavioural testing. This is when the software is tested based on the reactions to inputs and activities and not on the mechanisms of the software. This can also be known as black-box testing. The idea is that the testing team is given a set of inputs with the expected outcomes, and the team must ensure that these work.

In addition, the behavioral test might check that the software is user-friendly and that certain aspects are easy to use. The testing team should report on this by showing the operation they tried to carry out, what was expected from the software and what occurred.

5.Fix the bugs and errors

After this stage, it is responsible for detailing how bugs and errors will be fixed. There are three levels of bugs and errors that you can have. Critical are those that are stopping the software from working altogether. For instance, a specific input will crash the system rendering it inoperable. The next are essential bugs when the system works, but there are errors within the output, or the software takes too long.

There is also the quality of life bugs. This can be something as simple as there should be a more straightforward way to input the information for the software. Or the controls need to be more challenging to use. Quality of life isn’t often seen as a priority, but it can contribute to the success of the software, but generally speaking, they continue it from working and are often fixed last.

Another thing to do is to conduct manual testing of any software. Your testing team can do this, but the end user can also do it. Manual testing allows you to check that the software is ready for release.

Another important aspect is to test the recently made changes to fix bugs and errors. Some of the worst software testing mistakes are trying to fix one problem to cause a second issue further down the line. Get to know more common testing mistakes.

As with the earlier testing, you should be looking to ensure that you are printing off reports. You should have a list of the expected outcomes and the actual outcomes.

7.Develop an approach for the continuous development

While the software is released, the development of the software should never be assumed to be complete. You might consider that you’ve thought of every single application input or user behavior that could create an error, but there are always things that testers and developers have yet to think of.

In addition, software changes to operating systems, third-party software, and other elements might affect the performance of your software.

Therefore, you should always develop a plan and approach for the continuous development of your applications. An excellent example of this is the game developer Paradox. They have teams to ensure that games continuously work by testing games against new software and hardware and fixing errors that users have reported.

And if you need help with your software testing, then consider looking at Testsigma products and its services. Their open-source test automation software supports application developers in delivering the best experience to users and customers. They have loads of helpful advice and support on their development blog too.

Your continuous development team might need good skills at replicating errors, as users often need to improve at providing a framework for how the error happened.

What is test strategy vs test plan?

A test strategy is a high-level document that describes the entire testing approach for a project or product.

On the other hand, a test plan is a more extensive document outlining the exact stages and tasks that will be carried out during the testing process.

What is the test strategy in STLC?

The test strategy is a document that explains the overall approach to testing for a specific project or product in the Software Testing Life Cycle (STLC). It is usually created at the start of the testing process and is used to guide the entire testing effort.

Which comes first, the test plan or the test strategy?

Veselin Mladenov is the Content Manager of ThriveMyWay. He has more than 10 years of experience in the field of corporate marketing and sales, and decided to pursue his passion - digital marketing and content creation.