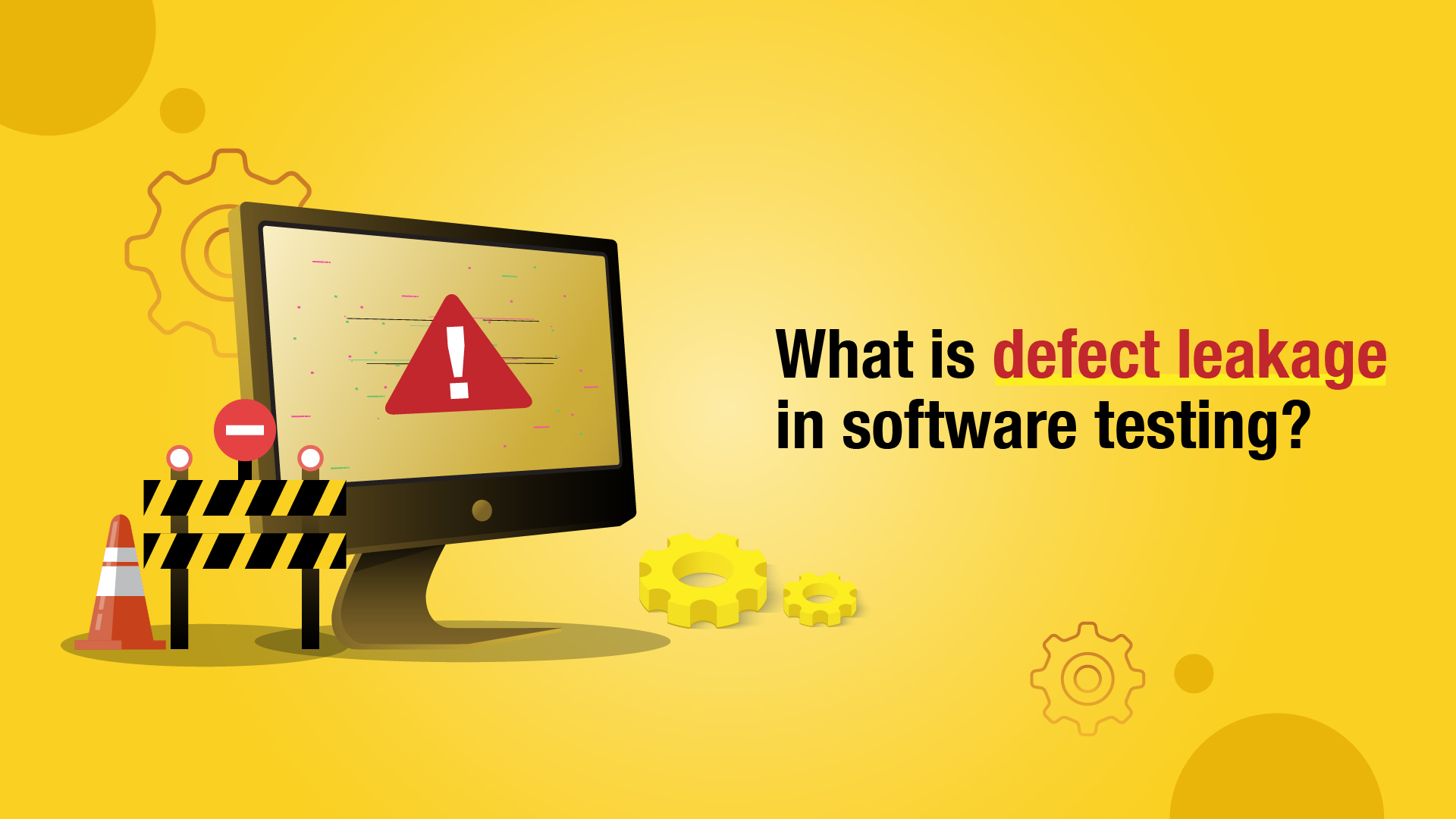 What is Defect Leakage in Software Testing?

Several testing procedures and techniques find flaws throughout the Software Testing Life Cycle, abbreviated STLC. Defect leakage measures the percentage of problems that leak from one testing stage to the next, demonstrating the efficacy of testing. However, because certain defects, faults, and mistakes are present at the most internal level of the program, even the most well-known and efficient testing processes cannot locate and identify them all.

Defect leakage is the metric that confirms the significance of the QA testing procedure. It considers the number of problems found throughout the ongoing process. In the brief term, it is a type of defect that, when put into use, surpasses all team tests and leads to a product that instantaneously affects users.

A Quick Overview of Defect Leakage

Software engineers use a method called “Defect Leakage” to determine the total extent of mistakes and flaws that go unnoticed to decide on the overall number of faults in the software application. This further helps them validate their test coverage.

A software application bug is a variance or diversion from the intended user’s needs or the initial business needs. A software bug results in inaccurate or unexpected outcomes from a software program that doesn’t adhere to the specifications as intended. While running the test cases, testers could encounter such flaws.

These two names are similar and are sometimes used indiscriminately by testing teams because both represent defects that need to be rectified in the business.

Testers can encounter test findings contrary to what was anticipated when they run the test cases. A software defect is known as this variation in test findings.

How to determine defect leakage

Defect leakage in software testing is a measurement that assesses the proportion of bugs that pass from one testing stage to the next while also demonstrating the efficacy of software testers’ testing. The value of the test team is shown only, though, when there is little to no fault leaking.

For instance, end users found 42 faults at the UAT manufacturing unit, while 140 defects were found during the whole quality process, comprising both the testing facility and the production site. Defect leakage would thus be as follows:

Therefore, 30% is the defect leakage percentage.

Maintain a record of the location of the defect and make repairs before it is released, check the development process, and keep a reasonable defect with an efficient repair.

Along with discovery and repair, software fault disclosure is also crucial. Additionally, for solutions and validation, transparency concerning software flaws is vital.

Since software development involves several different activities, there are many possibilities as to why a defect could go unnoticed despite extensive testing. The causes of defect leaking might range from a minor mistake in the software’s coding or scripting to a lack of product or industry understanding. Therefore, a few of these causes, which might result in excessive defect leakage, are listed here.

Software engineers are engaged in an ongoing conflict that will never be ultimately won. Defects do occur. As a result of deadlines or constraints, software engineers may even intentionally add flaws to their products. However, how can unwanted vulnerabilities that make the application challenging to use and damage reputation be fixed?

As the project’s relevance rises, more effort should be spent managing production-site issues. Defects may be significantly reduced by using sound test recording, reporting, customer interaction, and product openness. Even the most significant log in the world is partly useless if the flaws are not corrected.

Program developers and testers must employ several approaches to avoid defect leakage, guarantee that it is managed and does not remain in the software, and certify the quality of the finished output. This reduces their overall engineering and testing resources and enables them to prevent any significant problems during the software development cycle. So, the following are some methods to stop excessive defect leakage in software testing:

A suitable fault extraction efficiency and maintaining track of problems discovered and fixed before release are indicators of healthy software development. Keeping track of any issues found after deployment and reporting them to the product, engineering, and quality teams are vital so that test cases can be upgraded and procedures may be changed as needed. Since most consumers want to understand taking responsibility for the issues and striving to find solutions, visibility concerning software errors is just as crucial as discovery and correction.

Steps to fix the defects:

Software engineers and QA testers can resolve the issues by following the instructions below.

The testing team confirms that the flaws are rectified after the design team fixes and documents the problem.

For instance, in the situation above, once the development team reports they have addressed 71 flaws, the team needs to retest to see whether these bugs have been resolved.

A defect is converted to closed status after it has been fixed and validated. If not, then the team notify devs to recheck the fault and consider the following:

Although finding bugs and defects is essential for software’s correct and efficient development, doing so at a crucial time or in large quantities can have fatal results. Software testers and the Quality Assurance (QA) team are responsible for swiftly detecting any flaws, errors, bugs, and other problems in a system. Doing so will allow them to produce successful software or applications with high standards for quality, performance, functionality, and other aspects. Defect leakage testing is straightforward, thanks to Testsigma’s intuitive interface.

Since everything is already configured, the initial setup requires little time or effort. You can do defect leakage testing quickly and maintain automated tests quickly with Testsigma. The best method for evaluating test coverage is defect leakage. They may also calculate the percentage of flaws that leak to a later stage and obtain the total number of concealed and unrecoverable faults with the help of the matrix defect leakage. Furthermore, defect leakage is significant since software testing is more effective when defect leaking is minimal.