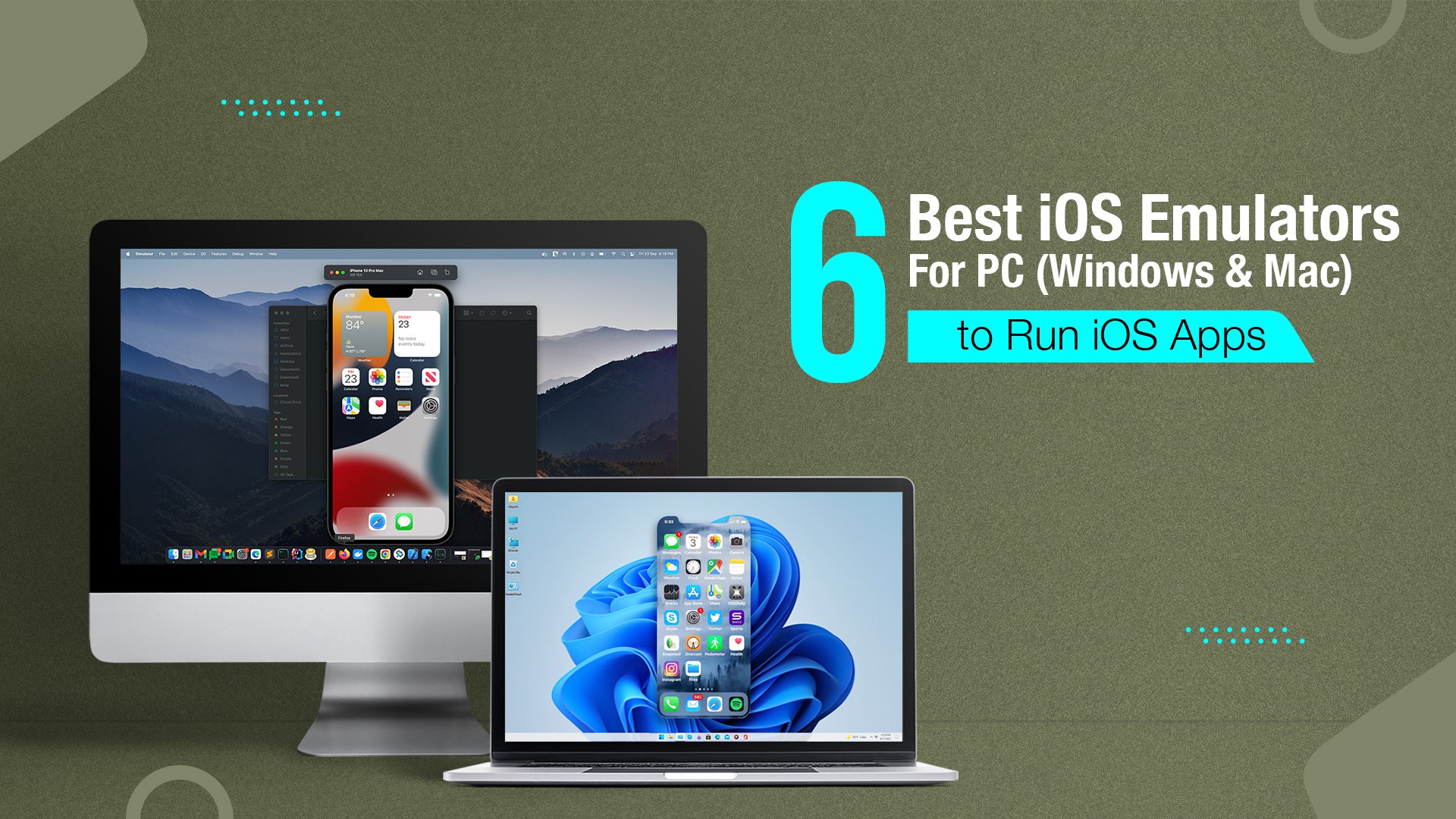 Nintendo, in 2004, released their gaming console to the world as Nintendo DS where DS stood for “Dual Screen.” Considering the technology and features of 2004, Nintendo DS had everything (and a bit more at a few segments), such as dual screen, one of which was a touch screen, and incredible speed and execution powers. As a result, surprisingly, it was a smash hit among the masses leading to two more versions Nintendo DS Lite (2006) and Nintendo DSi (2008). All of them were the same models except for a few improvements on the hardware and design side. These Nintendo systems sold 154 million units and became the world's second-best-selling video game console.

With the passage of time and a good run witnessed by Nintendo DS, the company officially shut down the consoles with the following message on their official website:

“Please note: The manufacturing of the Nintendo 3DS family of systems has ended.”

But people do not leave their favorite games as quickly as Nintendo left their product. Soon Nintendo-specific emulators started emerging in the market that not only allowed just playing Nintendo games but also playing them in upgraded hardware with 4K resolution. As a result, Nintendo games are still alive and in use.

This short case study highlights the power of emulators. A software that can not only keep the legacy going but can also help reach audiences who are otherwise not in a position to download/purchase/use another software. On the same line of thought, we will discuss a few desktop-based emulators that help us run iOS apps without actually owning an iOS device.

When do we need iOS emulators?

Before discussing the best iOS emulators for PC, we must know the scenarios where we may encounter a need to download an emulator on the desktop.

To the developers and people involved in creating applications for iOS, the primary goal of downloading and working on an emulator is to test the application. For a developer, you cannot keep packing the binaries on the system, copy them over to the physical iOS device and install them just to see a debug statement. The quickest path is to use the emulator for the same. With just a single reload button click, you are ready to see the changes.

Similarly, the testers cannot keep all the physical iOS devices to themselves and test every little patch while performing mobile testing. Theoretically, they can, but this would result in time wastage that could have been used for other useful stuff. Also, emulators resemble physical devices in many fields and are safe to use and get accurate results. We have crafted a special post just to highlight the differences and comparisons between emulators and real devices. Check out this post to learn insights into the methods you can use for quality iOS app testing.

Run an application only made for mobile

To explain this point, PUB-G stands to be the best example. A gaming application with 30 million daily active users, PUB-G has enjoyed great success in this department. However, since multiplayer games like PUB-G are played by multiple real persons in a single match, the games become competitive. Hence, we see the use of hacks, loopholes, cheats, etc., in the game. Similarly, players started using emulators to run the mobile version of PUB-G on their PCs. Since iPhone users had a smaller screen, they used emulators well.

This is a popular example, but the practice remains the same with other applications. There is a large chunk of applications just made for mobile without any web application or desktop application for the user. You can open your iPhone now and find a majority of applications would be mobile-based (as simple as Gallery or Messages). To use any application on a PC, you can use an emulator and operate it more conveniently.

Analyze an application on the bigger screen

A big screen is extremely convenient to work on. I mean, who doesn’t like a big screen? And how cool it would be if you could open the application of your iOS device and easily operate on them using a keyboard and mouse? Well, I know not all of those would give an enjoyable experience. However, a few would make you feel blessed when you see them on a desktop/monitor screen. For instance, photo editing iOS applications can give a clear view and sharper control when opened on a desktop.

Operate applications when you don’t own an iOS device

Finally, the last important reason to use an iOS emulator is when you do not own an iOS device. A large part of the end-users uses an emulator to operate on iOS devices due to multiple reasons. For instance, you wish to play a game that’s unavailable on Android. Or all your friends might be using a chat application developed solely for iOS, and you wish to join in too. For such reasons, iOS emulators become a feasible choice compared to buying a new iOS device. They are free and consume little memory.

Alright, we are now all set to explore some of the best iOS emulators on the internet, what they offer, why we have picked them up and where to find them for download.

Appetize.io is an efficient browser-based emulator, which means you don’t need to install any application to run the emulators. You can upload and install the app directly from the browser without additional tools or plugins. The upload process could be different for different domain experts, though. The users who are looking to run the emulator to operate an application can upload directly, similar to uploading a file. For testers and developers, you can use either an API or third-party integrations.

Testsigma is an automation testing tool covering various domains, one of which is mobile automation testing. The perfect mix of test cases with efficient emulators for iOS applications gives Testsigma an added advantage over other emulators. While others allow you to upload and manually inspect the application, Testsigma gives you the freedom to write test cases that can be used on other iOS-based devices later. All this without knowing any programming language.

That said, it does not mean Testsigma is focused on just the testing department. It provides simple manual usage for people who wish to use it to explore or operate an application involving no testing. This can be achieved without paying any dime.

While the name “Eclipse” certainly points to the IDE, its name does coincide with one of the best iOS emulators for PC. Eclipse is a very simple emulator with only one goal: running a mobile application meant for iOS. Therefore, if you are a tester, you won’t probably benefit from this. If there is a need to fit this into a perfect domain according to its working, I’d keep it inside the gaming section because of the features it provides.

In our list of best iOS emulators for PC, we cannot settle on generic emulators. General emulators are costly to develop, and there may be only a few of them that work best in every field. Therefore, it is better to focus on a single domain if the emulator is worth it. Some emulators are best used for a specific purpose such as Eclipse for games and some are best used for testing, such as Smartface.

Smartface, as a complete package, is an IDE rather than a standalone emulator. Although, it ships with an in-built emulator. The software, however, is only recommended for testing purposes from our side.

One of the most advanced iOS emulators for PC is Corellium. A good contender to be one of the best iOS emulators for PC, Corellium has taken the lead in optimizing not only the virtual devices but also the hardware behind them. They explain their methodology in a self-explanatory picture:

Combine this with cloud technologies like AWS, and you will have a powerful system without owning a single physical device.

Microsoft’s product to strengthen its integrated development environment Visual Studio and the official language they support – .NET and C# is Xamarin. The software whose primary focus is to write and test the application (both Android and iOS) on both Windows and iOS is extremely efficient, especially if your app is on C# or .NET. The best part of Xamarin, as glorified by Microsoft, is its ability to share code and build cross-platform applications.

Although, it is true that if an individual is looking to run an iOS application without any motive for development or testing, Xamaring might not be the best choice.

This part on Xamarin concludes our list of best iOS emulators for PC (Windows and macOS). On the internet, you may find additional emulators such as XCode or iPadian. Since we wished to make this generic and cover every domain (not only testing), this looked like the best combination. If you have any special requests or queries regarding emulators, let us know in the comment section.

Emulators are the most efficient way to run an application meant for another device on the device you own. They are not as unpredictable as simulators and not as expensive as real devices. As a result of these characteristics, they are used worldwide for a lot of different purposes, some of which were shared in this post.

In this blog, we went through the best iOS emulators for PC to run iOS applications on the desktop running Windows or macOS. We tried to maintain the range for all the domains for all types of readers. I hope this blog helps you next time you think about installing an emulator on your PC. Thank you for giving this post your valuable time.