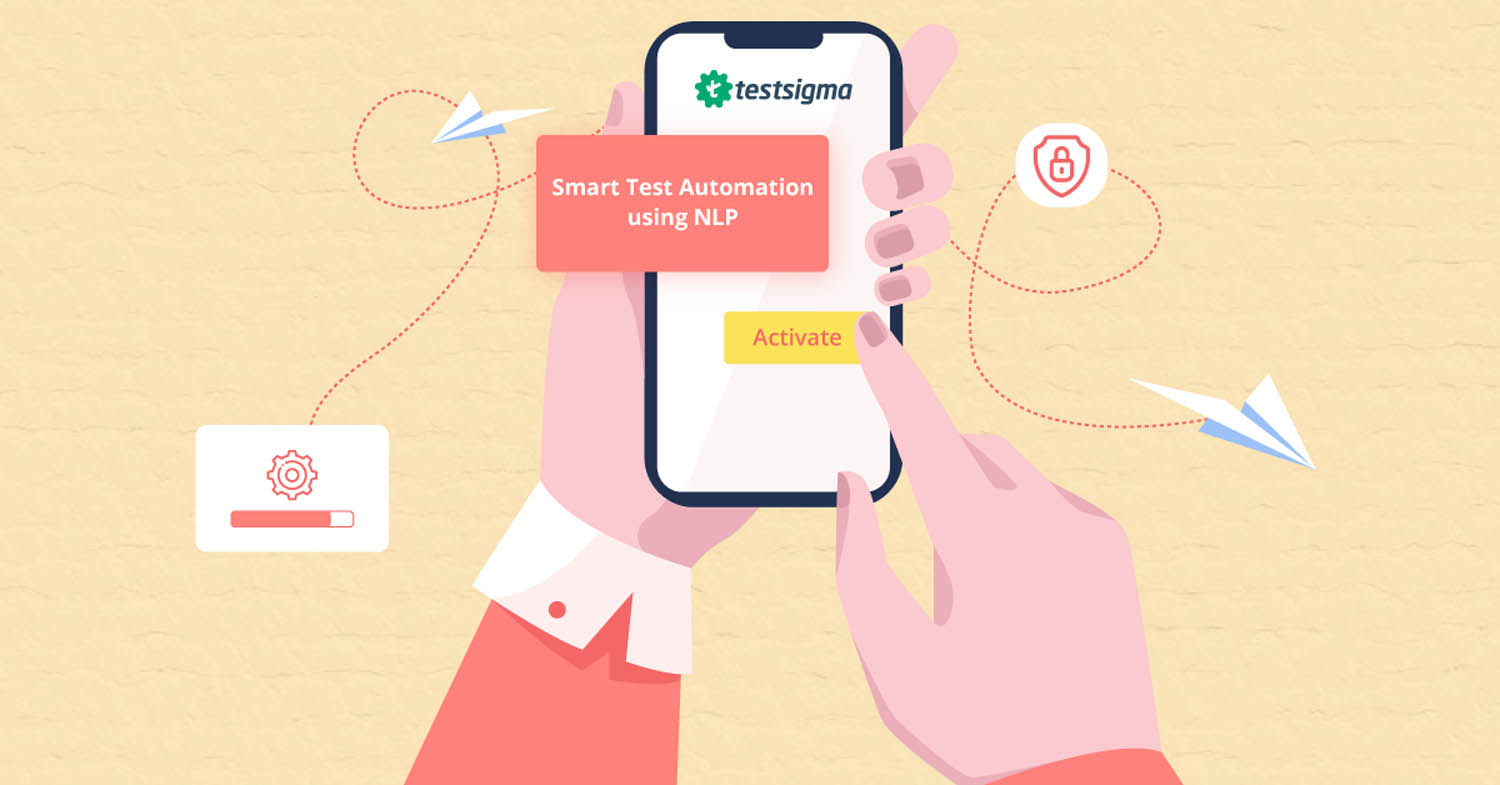 Smart Test Automation using NLP: What you should know?

In this article, we will focus on what NLP is all about and how it is useful for Smart Test Automation.

It is a process with which computers are able to understand the text and the spoken words in the same way as human beings can.

NLP describes the process of making the interaction between human languages and computers possible.

This technology has been around for years and is now being used by several people on a daily basis. We all must have come across NLP in some way or the other in our daily lives.

Alexa, the Amazon voice service is an example of a solution based on NLP. Siri, the voice assistant by Apple and Google Assistant also use this technology.

Some other examples of NLP include:

The world is changing very quickly and we must be ready to change with it. Big will not beat the small anymore. It’s actually the fast beating the slow.

In recent years, there have been a lot of changes happening in the testing world too. Earlier, the testing was done manually, which was a slow and time-consuming process. But, today we are using more automation techniques to test better.

We are opting for such a change in order to get better quality faster which would help in delivering a better product at a greater speed. In short, we are now looking for smarter solutions.

Smart is something that has intelligence.

Let me explain with a simple example. Earlier we were using cell phones which typically were used for texting and making calls. Then came the era of smartphones which drastically changed the usage of phones. The Smartphone was just another mini computer.

So, Test automation can be called smart when it lets you do something better while you put in less effort.

For example, to explain better, we can say going scriptless could be a feature of  ‘Smart test automation’ if it lets your team automate your tests faster.

Smart Test Automation tools like Testsigma helps the testers in easy test maintenance with smart element locators (also known as UI identifiers) by employing a dynamic locator strategy. It ensures that the functional tests stay strong even if the product undergoes some structural changes.

With Record and PlayBack tools, easy editing of recorded tests is not possible.

If there is even a slight change in the application flow, the tester needs to re-record the test steps from the beginning. This is again a time-consuming process.

Modifications can be easily done when it comes to NLP-based test scripts. Testers can easily add the test steps at the beginning, end, or anywhere between without a redo.

NLP based test automation tool, Testsigma has a set of Conditional Wait statements which helps to add waits based on user-defined conditions:

Control flow or flow of control is blocks of code we create to control the direction we take through the code. It is common in programs to take a different direction based on the data.

Let’s take the example of a login screen. If the credentials provided i.e., username and password are valid, we log them in. If not valid, we don’t. This is defined as flow control.

Imagine the same set of features available in a tool without the added complexity.

With Testsigma, you can either loop on a whole Test Case with a set of parameters(data-driven approach) or loop on a subset of Test Steps. This is very useful if we want to simply repeat a step multiple times with/without an available Test Data set.

What does NLP with Smart Test Automation look like?

Using NLP in Smart Test Automation, the tests are carried out in natural understandable language. The use of NLP in test automation minimizes the test creation time. It is done in a format that is intuitively easy for anyone to quickly adapt and use.

There are several tools like TestSigma that use simple plain English to automate tests. The changing UI elements are maintained by AI.

NLP-based tests can accommodate changes anytime and can easily be edited(if required). NLP makes it easier to automate all of your test cases and tightly integrates them with your dynamic delivery pipeline while optimizing the user experience.

Why NLP for smart test automation?

There are many benefits that can be gained by using NLP for Smart Test automation.

Tools that use NLP for Smart Test Automation

Tools like Testsigma use NLP in Test Automation in a way that complex automation can be done easily in plain natural language that can be understood by all. With a minimum or no amount of training, complex automated tests can be written with no coding involved

In addition to plain natural language test creation, Testsigma also offers some additional features that make your test automation smart. These features include:

Another such example of a smart test automation tool is ‘uphorix’.

When not to use NLP

There are some disadvantages to the use of NLP in test automation:

From cars that drive themselves to the minuscule devices that can detect cancer cells to a neural network that can help spot Covid-19 in chest x-rays and many other ways, AI is transforming our world and everything in it.

In such circumstances, can testing and QA stay away from its virtues? There is plenty of scope in this field with some use cases like built-in intelligence in tools and IDEs, prepackaged content to be delivered.

The extensive usage of Natural Language Processing to auto-generate smart, interactive, self-healing test suites is merely the prelude and the path ahead is propitious.