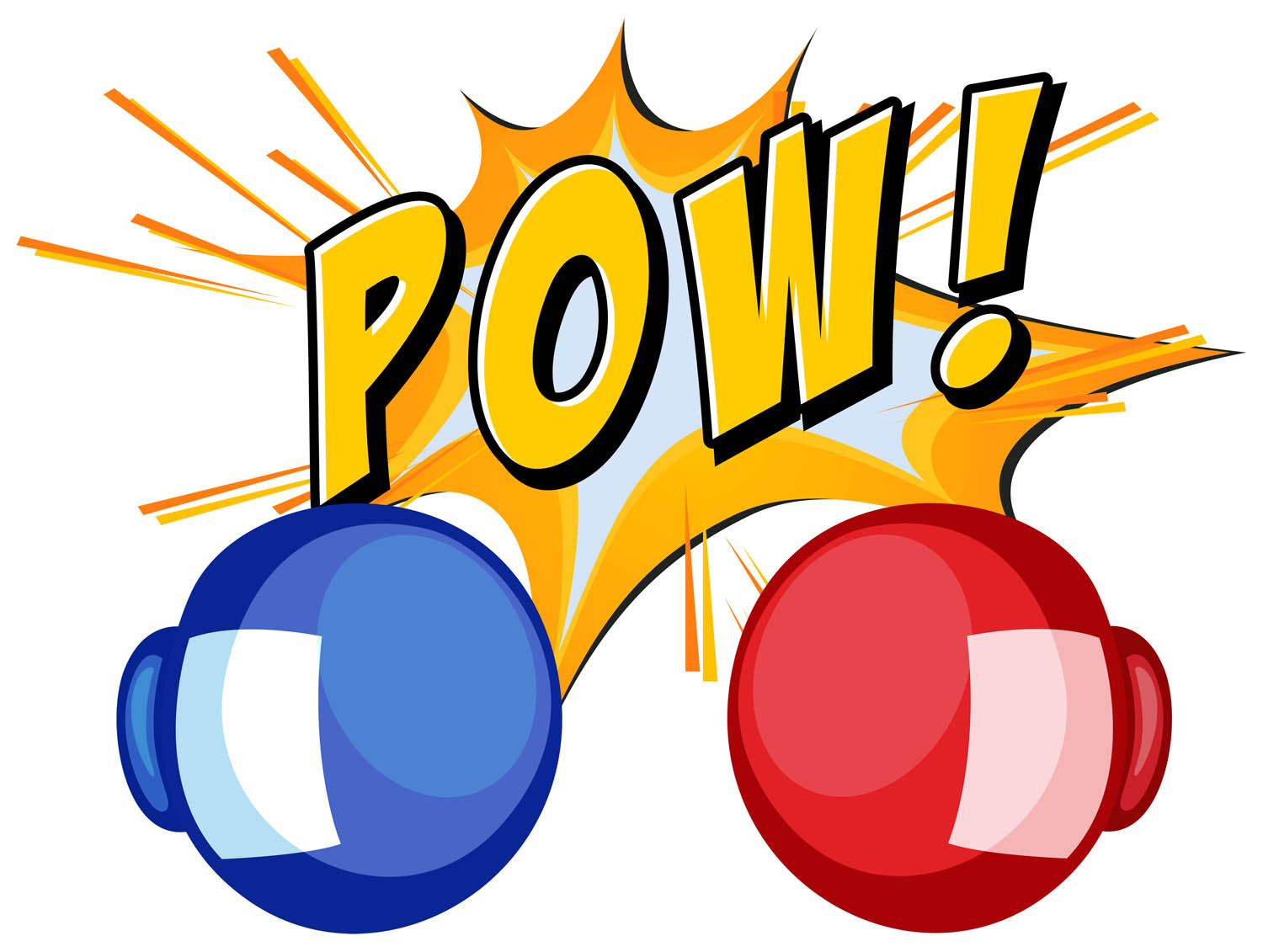 Software Testing has not evolved to meet the demands of the current accelerated delivery needs. As software becomes sophisticated, traditional approaches to Testing would not be sufficient. With the advancement in technology, Test Automation was introduced to accelerate the process of testing simply by automating test cases and scenarios.

In today’s world, almost every organization is onto Test Automation for better business results.


For the past few years, the First generation of Test Automation has been in the spotlight. These provide businesses and testing teams a macro recording which runs in parallel with an Application Programming Interface (API), whereas test execution engines send a command and wait for it to be executed. This tool was working well for short length automation and was also done by combining a logical sequence of such short length macros and test flows.

Then came the Second generation Test Automation Tools that offers full scripting capability with more features and better support for user interaction. Most of the windows based on common tasks such as operations, application, launch, generating reports were simplified. Frameworks like these are required to be built on long term test automation to go at par with quality the business is expecting.

As the continuous innovation in technology, Scriptless Test Automation is rapidly gaining its popularity amongst various IT companies – simply because it is designed to help the testing team to quickly build ready-to-use automated test cases and reusable code assets that have full test coverage.

Scriptless Testing is a term used for test automation done without having to write any script or code. This type of testing is also called codeless testing sometimes. Check the guide for an in-depth read on codeless testing.

Selenium is a suite of web browser automation tools to automate browsers across a range of platforms. It is principally used to automate web apps for testing reasons even though it is capable of so many things. The majority of big-name browser vendors support it. Furthermore, many of these either have taken or are taking steps to make it a native part of their browsers. Besides, it is the core technology used in serried of other APIs, browser automation tools, and automation testing frameworks.

Selenium runs on various browsers and operating systems, and a range of programming languages and frameworks can control it. Plus, it can automate tedious web-based administration tasks.

“Scriptless” implies “no scripting and programming”. This is somewhat misleading to the audience especially to those who are new to software testing. Scriptless testing doesn’t eliminate scripting and is not suitable for the actual coding of any test automation tool. It is an extremely flexible testing framework with minimal exposure to code. In layman’s terms, it can be said that scriptless testing is an approach to conduct testing without scripting or coding in any programming language. It reduces the time required for creating automated tests by considerably minimizing the amount of scripting needed.

Scriptless Test Automation is being refined to highly organized tools for use in multiple real-time test scenarios. The developers of those tools shall have analyzed various business cases, deployment environments, operational scenarios before building each reusable components for their tools. Hence they offer a good standard of practical reliability as well.

With scriptless Test Automation, testers can create better automation scripts that showcase the core functionality of the application. This type of testing will certainly reduce the number of licenses for the testing tools. Scriptless Test Automation will be more useful from product development companies where the same resources can be leveraged for multiple tasks.

Thought it has many advantages, there are scriptless test automation frameworks that have complex underlying codes that need to be maintained and updated periodically. Those frameworks are not free – they consume initial and maintenance costs which is more than the tool’s cost. Therefore, choosing the right framework specific to your business requirement is the only manual effort you need to do.

Using Scriptless Test Automation tools, the testing team does not need any coding or scripting knowledge to create automated tests. However, as a framework, it is a good practice to provide the capability of customization.

For advanced users, customization can be done by writing their code for covering some unique test scenarios.

Selenium Vs Scriptless Test Automation Tool: What is Best?

Selenium is required to be built on long term test automation to go at par with quality. For instance, if the testing team wanted to reuse test scripts then it is best to leverage Selenium IDE. Selenium IDE is one of the components of Selenium capable of recording, editing and debugging of functional test scripts. Test scripts have to be made from scratch by the testers, therefore, they are required to know programming or scripting.

On the other hand, Scriptless Automation Tools already provide ready-to-use automated test cases and reusable code objects. Mostly for Scriptless Test Automation tools, these features are out-of-the-box. It is not mandatory for the testers to know programming or scripting of some sort. It empowers testers and business users to automate testers without worrying about coding. The problem of coding is largely taken care of by the Scriptless Test Automation tool already.

In terms of debugging test scripts, Scriptless Test Automation tools eliminate the need to repeatedly debug scripted test code as this already done by the tool itself, while in Selenium, automation testers when encountering any test script errors have to debug the test code manually.

Setting up test environments for Selenium is difficult. Selenium uses various plugins to support Test Automation thus making it a must for system owners and administrators to update and configure everything manually. Scriptless test environments can be built faster and maintained easily creating a hassle-free update environment.

Using Scriptless Test Automation Tool, the testing team can easily automate large test suites faster almost double the times faster compared to Selenium. It greatly reduces the “go to market” time, which comes in handy when there are major software updates. In short, the more the test coverage, the better as it produces a well-refined product which is a win-win situation for the business.

Scalability and Flexibility is one of the most desirable in Scriptless. It is flexible to work with various browsers available in the market and it scales an amount of workload as much as the business requires. For Selenium to be flexible enough to work with multiple browsers, it needs to have components

It’s time to reach our conclusion. Both contenders, Selenium and Scriptless Test Automation Tools do what they do best. Now, which is better?

Overall, Scriptless Test Automation Tools have an edge over Selenium. Scriptless test automation tools can easily be set up, configured and maintained and does not require any plugins as Selenium does. It can handle the bulk amount of test cases way faster than Selenium.

Scriptless Test Automation Tools do not require that their functional users know scripting and programming. Users can conduct their QA activities with “ready-to-use” test steps which already exist within the platform.

Unlike Selenium, one needs to add Selenium IDE to leverage playback tool which grants users feature slightly similar with reusable codes scriptless has. If we talk about scalability and flexibility, scriptless is the one in favor. Everything you need is already available. Selenium, for the most part, requires components to utilize and fully leverage it.

The battle is over. If you are looking for the perfect Automation Testing Suite and a complete solution fit for Agile and DevOps environments, then a Scriptless Automation Tool is definitely for you.

When we start talking about Test Automation, we can create a list of issues every business is facing and some which are critical for the business. Some of the major pain points include the usage of multiple tools required in testing sessions, rigorous scripting and coding, test automation frameworks, test lab, integrations and other QA related concerns that need to be addressed.  Even with all these, your testing team is all over the place.

It’s time to say goodbye to all this.

Say hello to Testsigma, a complete Test Automation ecosystem!
Testsigma is an NLP based Scriptless Test Automation tool meant for all! The tests are written in simple English and can automate Web, Mobile apps and API services.
To learn more about the tool, the product and services, reach out to the chat section or visit the Testsigma’s home page.