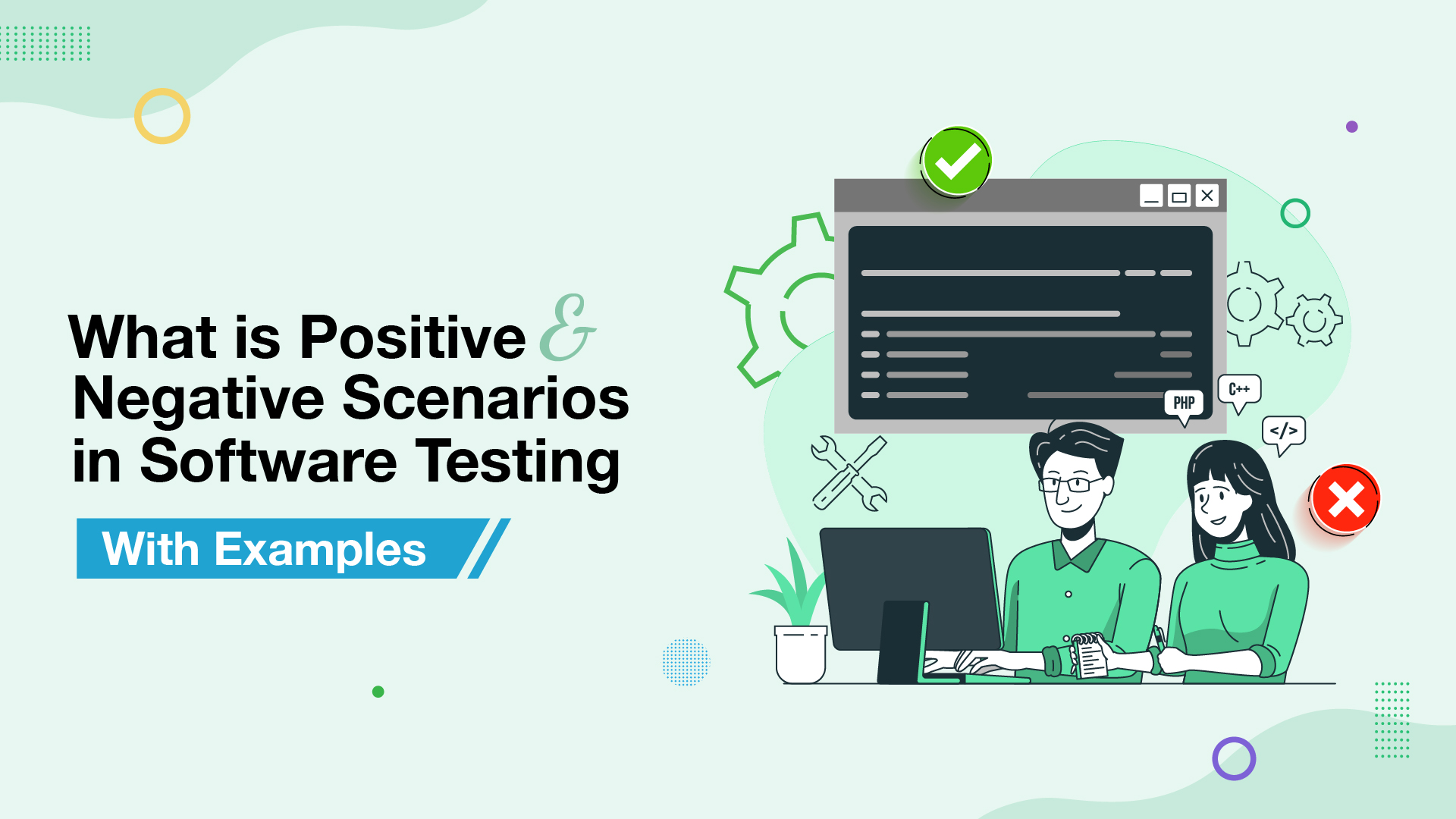 Software testing is the process of evaluating and confirming a software program to ensure it functions as intended. It is designed to provide that a program works as intended and to discover flaws before it is used. There are two main methods for testing software.

In this article, I will discuss positive and negative testing scenarios, clearly distinguishing between them with examples to help you write good test cases for your software programs.

Positive testing ensures that software performs as it is expected to do. When writing test cases for positive testing, only legitimate (valid) inputs are provided as inputs.

In other words, positive testing is the process of evaluating a system or application using accurate input data.

The primary goal of positive testing is to validate if a software program does what it is intended to do.

Simply put, a positive test is conducted by providing an expected set of values as inputs to the test cases.

Positive testing will enable developers to apprehend issues and fix them as they arise quickly. Since projects begin small and are thoroughly tested throughout all the Software Development Life Cycle phases, positive testing makes it easier for people to share knowledge about system architecture.

1. We will try to understand how a positive test works in the scenario below.

2. Assuming in a software program, users are expected to choose a username name when registering.

It is vice versa for positive testing. In Negative testing, a software program is evaluated against false or incorrect data.

It is best to check if the computer program reacts as expected to false or invalid user inputs. Negative testing ensures the software program does not crash and continues running even with wrong data inputs.

A software tester most likely starts by considering the positive inputs when considering the test scenarios. Still, it is equally important to know that understanding the importance of negative tests is always crucial. It is seen as being essential to the execution of test cases.

Factors to consider as a software tester when performing negative tests:

2. Action (Activity to be carried out)

1. We will try to understand how a positive test works in the scenario below.

2. Assuming in a software program, users are expected to choose a username name when registering.

Examples for Positive and Negative Testing

Let’s simulate a software program with a Password text box field allowing users to enter passwords between 8 and 15 alphanumeric characters.

See the table below for various positive and negative test scenario examples.

Difference Between Positive and Negative Testing

In this session, let us discuss some key differences between positive and negative testing.

Positive and Negative testing are two opposing test methods—as the name suggests—but they are also very effective at producing high-quality and bug-free software in the end.

The following basic techniques are used to verify positive and negative test cases.

Example: All other characters (Special Characters) will be nullified for a software program that accepts Alphanumeric characters only. The boundary data sets [a, b, 2, 5] and [&, %, ^, @] will be used to write test cases in this technique.

This software testing method divides input data into numerous sections. Testers must verify the values of each partition at least once. Partitions with valid values are used in positive testing, and negative testing uses partitions with wrong values.

Example: All other characters (Special Characters) will be nullified for a software program that accepts Alphanumeric characters only. We have two divisions in our test cases, all alphanumeric values and all special characters.

The test case may take a pair of alphanumeric values and a special character from each section to write in this technique. i.e. (a, $) or (2, @)

We may conclude that testing ensures that the application is devoid of bugs before it is launched and helps create high-quality software applications after seeing the direct comparison between the two testing methods.

Positive and negative testing ensures that the application meets the provided business requirements and standards and gives us sufficient assurance in the software’s quality.

Both positive and negative testing ensure enough confidence in the program’s quality.

Finally, we can assert that positive and Negative testing is like the two halves of a coin, implying that we cannot ignore anyone’s importance under any circumstances.

I am a Freelance Technical Writer, certified as a Software Engineer from the National Institute of Information Technology (NIIT), presently known as OpenLabs Ghana, and GitHub Campus Expert. I have 3+ years of experience as a MERN STACK Developer. I enjoy reading and writing as a hobby and always looking for opportunities to share ideas and knowledge with others. I am a strong team player and a faster learner.