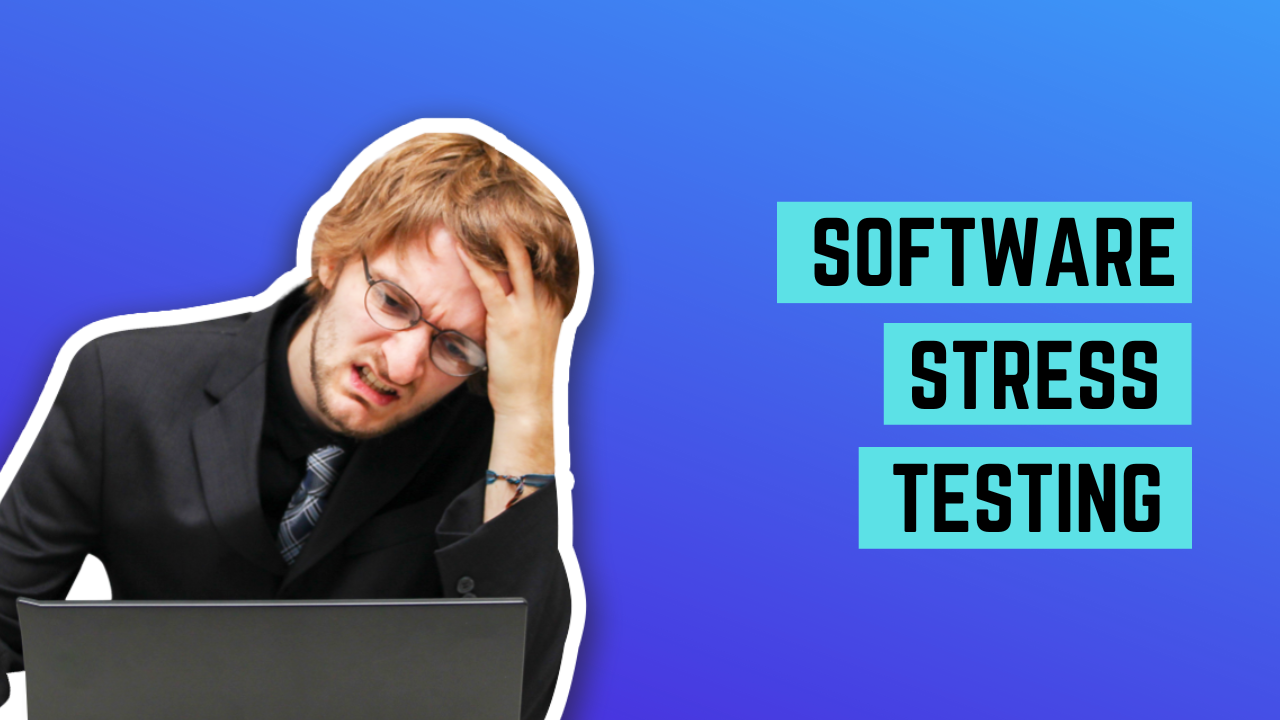 You can test the software under normal conditions, and that will tell you a lot about what it can and can’t do. What you need to know, though, is how robust that software is. How can it handle intense conditions? How does it cope with error handling?

Essentially, you’re testing the software by pushing it beyond its limits, to see exactly when it breaks. That’s information that you need to have, as you’ll then see just how far you can push the software when using it.

You may also see stress testing referred to as Endurance Testing, but these names both refer to the same process.

What does that mean for real-life use? When being used by the end client, they need to be able to get what they need from the software without it breaking down. Consider a website that sells festival tickets. There are going to be times when their visitor numbers spike, such as when they start selling tickets. When creating the software that allows them to sell tickets, you’ll stress test it to see how much it can take before it breaks, and make changes to make it more robust.

When you’ve implemented stress testing correctly and made the changes needed, that’s going to be valuable for the end user. With a properly stress-tested website in this instance, there’s less risk of lost revenue or poor reviews of the site online.

There are several other reasons why you would want to stress test the software before launch:

What You Should Achieve From Stress Testing

Once you’ve run a stress test on your software, what should your end results be? During testing, you should be looking to push the software hard enough that it fails. After that happens, you’ll be looking to analyze what caused that failure, and to ensure that the right error message is displayed when this happens.

You’re also looking to ensure that the system can recover after the software has failed, so it can be restarted and used again. This is referred to as recoverability.

An important note: when performing stress tests, you’ll often need to use massive amounts of data to do so. When the system fails, it could well lose all that data in the process. As such it’s vital not to use data you use for security as you test.

Is Stress Testing The Same As Load Testing?

As well as stress testing for software, there’s load testing too. Are these one and the same thing? “While they sound similar, they are actually different processes,” says tech writer Anya Harding at Dissertation Help and UK Writings. “As such, you’ll actually need to be doing both.”

The Different Styles Of Stress Testing

There are actually multiple different ways you can stress test your software, and get the results you’re looking for. The type you use will depend on the software type:

Distributed stress testing: In a distributed client-server system, the testing will be done across the whole server and all the clients. You’ll have a stress server, that distributes a set of tests to all clients, and track their status. They start by contacting the client, adding the name to the database, and then starts sending data.

As it’s doing that, the client machines will send a signal that they’ve connected to the server. If the server isn’t getting a signal from a client, that shows you that further investigation is needed.

The best time to run these tests is at night, to allow for the full testing without interrupting normal working. If you have a larger server farm, you will require a different testing method for detecting which stress failures have happened and need addressing.

Application stress testing: This method will look at any defects in data locking and blocking, as well as performance issues and any network problems that can arise during testing.

Transactional stress testing: This method is used to test transactions between two applications or more. It’s typically used to fine-tune and optimize the system itself.

Systemic stress testing: When you use this style of stress testing, the software will be tested across multiple systems that run on the same server. This is typically used to look for defects in applications blocking other applications.

Exploratory stress testing: Finally, there’s this method of stress testing where you’ll test your chosen system with conditions that aren’t likely to happen in real life. This will help you identify any unexpected issues that you may have. These conditions include a lot of users logged on at the same time, if the database goes offline, and when a large amount of data is loaded in at the same time.

How To Implement A Stress Test

You now know all the basics, so you’ll now want to get started testing your software. How should you go about it?

Plan your test: The first thing to do is plan the test out. At this point, you’ll be gathering the data to be used in the test, and defining the goals you have for the test itself.

Script execution: You should now have everything you need ready for the test, so you’ll be ready to execute that script. Run the script, and store the results you get from the test.

Result analysis: You have the data, so now you’ll be looking at the results of the test. From this, you should be able to identify any bottlenecks in the system.

Optimization: Now you’ve done your analysis, you’ll be able to make the changes you need to make. That may be fine-tuning the system, changing configurations, or optimizing the code to meet the goals you have.

Once you’ve done all this, you’ll run that cycle again to see if the changes that you’ve made have had the effect that you wanted. If it doesn’t work the first time, that’s not something to worry about it. It’s very typical to have to repeat the process a few times to get the desired results.

Metrics You Should Be Looking For

As you stress test your software you should be looking for several different metrics. What should you expect to see when you’re done? Here are the metrics you should be measuring throughout the process.

All these metrics will have a lot to show you when it comes to your software. As you do multiple rounds of testing, you should see that the metrics improve as you keep tweaking and adjusting your code.

There are plenty of different tools out there that you can use to stress test your software. Here are some of the tools that you’ll want to use for your testing cycles.

This tool was created by HP, and is widely used by many coders. “The load test results from LoadRunner are considered to be a benchmark,” says Daniel Stevenson, a tech blogger from Boomessays and Coursework Help. “As such, it’s one tool that you will want to use in your stress testing.”

Once you get all the data back from a stress test, you want to be able to analyze it easily before moving on to the next step. This tool gives you extensive analysis of your test, in an easy-to-understand graphical format.

You won’t need any high-level scripting in order to use this tool, and it’s very easy to use. As such, it’s a great option for those who are new to software development. You’ll also see that it’s good for anyone who wants a good return on investment.

Jmeter is a good option for anyone looking for open-source testing tools. It runs on Java and is designed to work for stress and performance testing too. That makes it a good all round-testing tool, should you need one.

It needs JDK5 or higher to work, but if you have that you’ll get a lot out of it. Jmeter can test load, function, stress, and more. It’s one tool that you’ll need to check out as it can do so much.

This tool has become very popular with that testing web and mobile software. It can simulate thousands of users at once, so you can see how it performs under pressure. With the data you get from this tool, you can check response times and much more.

You’ll see it also supports cloud-integrated performance, load, and stress testing. Many have found it to be cost-effective, so it’s another tool to check out.

These are the basics of software stress testing, and why it’s so important. It sounds strange to want to test software until it breaks, but that gives you so much data that’s important to your build.

Follow this guide and run stress tests on your software. With the right tweaks to your code, you’ll be able to avoid a lot of issues with extra demand and stress before they even happen.

Jenny Han is a writer with Write My Research Paper and Custom Essay. She covers software creation and testing. She's also a contributor to Essay Editing.