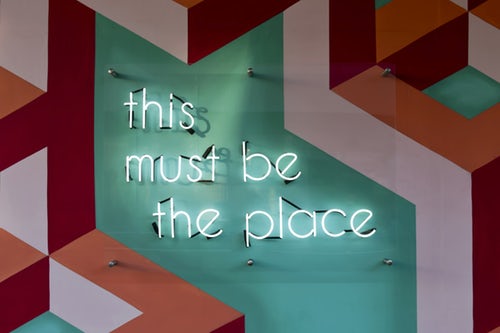 An alternative to Selenium for test automation in Continuous Delivery

Continuous Delivery focuses on maximizing the automation testing process such that the release cycles are short, continuous and dependable, in close alignment with the business objectives.

It is about delivering quality software in reduced feedback cycles with the combined efforts of developers, testers, Subject Matter Experts, Functional experts and stakeholders at a very early stage.

Continuous Delivery corporealizes the Agile development paradigm of Release Early and Release Often allowing for the frequent release of quality software with a faster time to market.

Continuous Delivery is achieved by continuously testing every build that a developer commits. Each automated build committed by developers passes through multiple stages of the execution pipeline where they are continuously tested before release.

There is a huge demand to release software multiple times in a week and with the current automation testing tools and test automation process, this is not easy. Manual Testing is not sufficient for Continuous Delivery.

Test Automation is the best approach for this where repeatable tests are set for execution on multiple combinations of devices and browsers with less or no manual intervention automatically, repeatedly.

Test Automation must begin right from the initial stages of the development cycle to ensure the quality of the software being released and this has to be done with the right automation testing tool and in some cases more than just one tool.

What more you need along with Selenium for Test Automation

With Selenium, you can automate web applications on different browsers. And, using Appium, an open-source tool with the same API as Selenium WebDriver, you can utilize your Selenium skills to test mobile web, hybrid, or native apps.

Selenium test scripts are difficult to maintain with objects and attributes as the UI keeps changing. Often, they aren’t always reliable with a lot of false positives that occur due to timeout on elements and not being able to connect to the test server.

Selenium has to be customized according to your testing needs with the help of other tools and third-party frameworks like TestNG, RobotFramework, Firebug/Firepath; for object identification, Reporting Frameworks, etc.

This requires huge initial time, cost and resources also to maintain them and even with all of this setup, the return on investment is only gradual.
There is a need for an alternative approach which allows every automation testing team to enable continuous testing right from the start.

Functional Testers looking to automate the tests, this isn’t the best choice. Manual Testers might need to look for better test automation alternatives to Selenium that allows for a smooth transition to Test Automation and Continuous Testing.

Let us see some of the essential elements that do not come with Selenium but we need to consider while choosing its alternatives to ensure Continuous Testing.

Testing has to be part of the continuous delivery pipeline. It is necessary to identify the right tests to run automatically on every build and if a test may fail, the results have to be integrated back into the pipeline triggering a failed build.

2. A Shift Left Approach
The test automation framework and automation testing tools should allow for writing automated tests alongside development even before the UI is fully developed.

Thus reducing the gap between development and testing.
Shift Left Testing is necessary to release products faster by reducing the testing time towards the end of the cycle.

3. Faster feedback
Automation Testing tools should be capable of executing different tests continuously and automatically on each build across multiple test environments providing faster feedback in a shorter cycle.

Quick actionable feedback from testers would help developers take appropriate actions at the right time before the defect escapes to further stages of the development cycle which then would be difficult and expensive to fix.

4. Test Environments
A stable Test environment with valid test data sets should be available to run automated tests automatically throughout the delivery pipeline to analyze the application from an end user’s perspective.

Inaccessible dependencies and poor test data management can cause timeouts and the occurrence of false positives that provide inaccurate results. Access to realistic testing environments become necessary to allow frequent automated test runs on multiple devices and this way, cut down the time to set up the test environment.

5. Traceability
Managing requirements throughout the project lifecycle ensures that the requirements of the stakeholders are met.

It is necessary to integrate Automation Testing tools with additional ALM tools to manage all the requirements of a particular version of an application, to track changes, to communicate and handle them throughout the automation testing process.

6. Test Prioritization
It is important to prioritize the automated tests so that only the important tests are run and not all, every time. This is highly beneficial, especially during Regression testing.

Automation Testing tools and its underlying framework should be good enough to organize this, reducing the time and the number of tests by choosing the right tests for execution at the right stage while achieving the same risk coverage.

7. Team Collaboration
The QA team should be able to communicate with Business Analysts, Functional experts and Subject Matter Experts and Developers the ambiguity in user stories. It would be a good idea to have a common platform to discuss, debate and assess the business goals for better clarity like Slack.

It would be an added advantage if it allows all of the team members for applying these changes automatically to the automated tests.

With Agile and DevOps practices are in place, there is a need to extend the Test Automation efforts to achieve Continuous Testing which leads to heavy maintenance needs.

Automation Testing tools and framework need to be good enough to maintain tests with hardly any effort, continuously.

9. Risk Assessment
It is not just about achieving automated test results but analyzing the business risks involved.

Continuous Testing must assess the business risk associated with an application at any point in real-time providing risk-based feedback to help make better trade-off decisions.

Above are some points to consider while selecting an automated continuous testing tool that can help meet your test automation requirements.

The alternative to Selenium, ‘Testsigma’

Testsigma is a smart AI-Driven test automation software that helps you achieve continuous testing with a Shift-left approach. It is a unified automation platform for Web, Mobile applications and API services which requires near-zero initial setup time, cost and ramp up time.

Timely available test environments and the required infrastructure is important to ensure continuous testing which Testsigma provides with support for thousands of device configurations available on the cloud to match with the dynamic requirements of the application testing continuously.

Testsigma’s Dynamic locator strategy saves maintenance time and efforts and automatically maintains the elements that break due to dynamic UI. The AI can suggest improvements in test plans to include relevant or affected test cases for any change in the application.

Also, you need not wait to see ROI. With Testsigma, you get to see a quick Return On the Investment!

With the right automation testing tools, Continuous Delivery enables an organization to release incremental deliverables with quality and efficiency and yield a good return on the investment.

With so many options, it can be challenging for enterprise teams to choose the right automation testing solution that enables you to develop, test and analyze continuously.

Testsigma is among the Best Automation Testing Tools for Continuous Delivery.

It is quite true that we are all resistant to changes. But it becomes easier when you get to try first. You can make the most out of the tool during the trial days also with the help of a dedicated Support team who instantly responds to all queries.