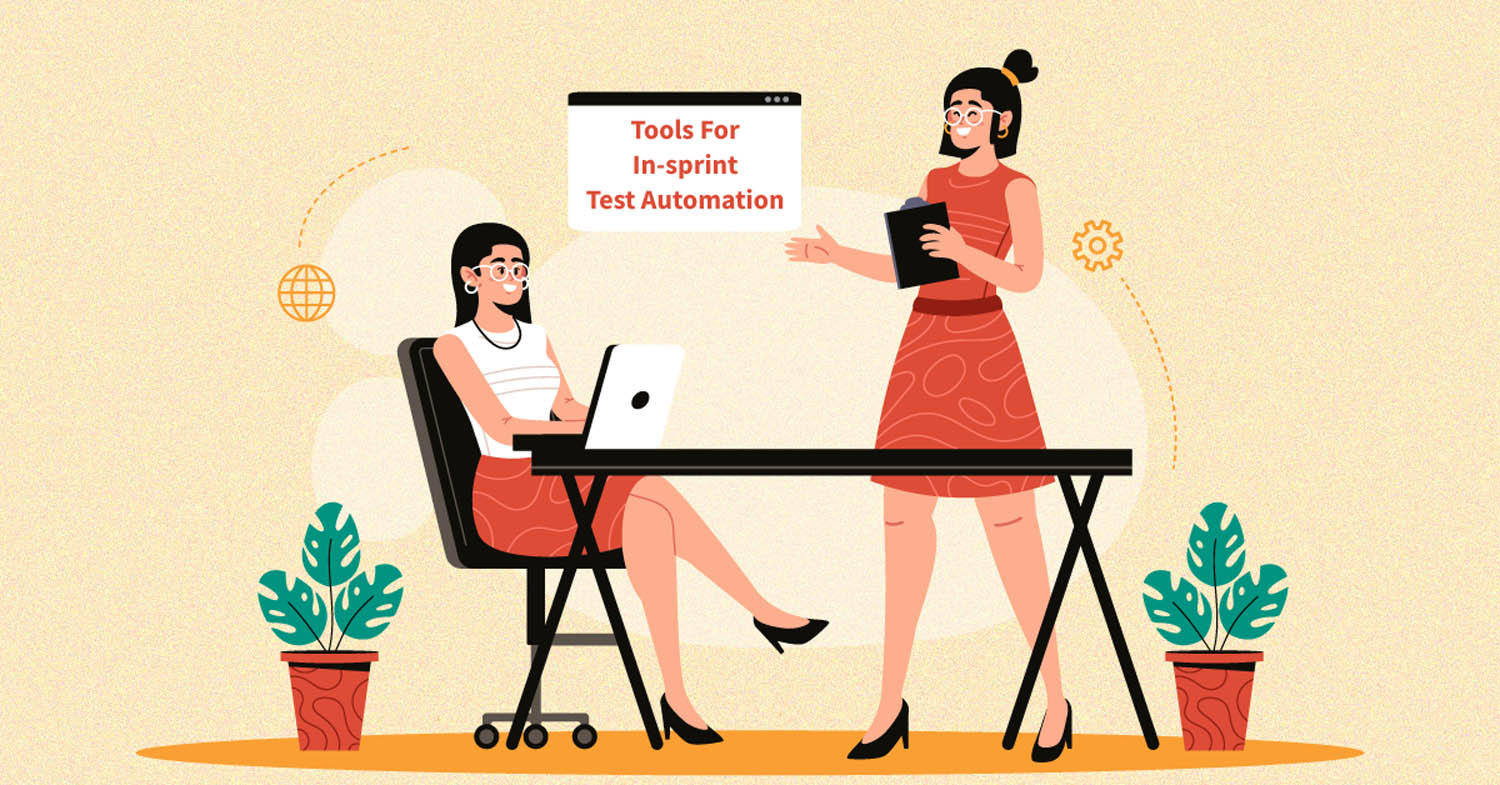 Evolution is perhaps the most common norm in the world of software development. Of course, automation is no stranger to this process of evolution. Globally businesses have evolved from the conventional Waterfall model to the modern Agile and DevOps, thereby embracing digital transformation.

We’ve come quite far in terms of automation testing too. As per QA Lead’s survey, globally 87% of companies have moved to agile or agile-like methodologies; the same survey shows that 78% of companies are automating their functional and regression tests.

This study shows that only 11% are not automating — you get the drift, the software industry is not just catching up with the latest testing trends, but also practising them.

What is In-sprint Test Automation?

In-sprint test automation is a software testing process where the entire cycle of product development, implementation, execution, testing(including automation), for a particular story taken up in a sprint, happens in the same sprint.

This means that the deliverable at the end of the sprint will have features that have gone through the complete software development cycle only. This also ensures better quality and no leftovers for the next sprint.

We can carry out successful in-sprint test automation by adopting some of the following tips.

A good strategy alone won’t be enough, though. For implementing in-sprint test automation successfully, the right automation testing tool makes all the difference. Tools that support the speedy execution of testing activities will be ideal here.

If you are looking for a list of features that should be there is a tool for the implementation of insprint test automation then check: Insprint Test Automation – what features should your automation tool have?

Let’s take a look at the tools that can help you implement in-sprint test automation.

Testsigma is a scriptless testing tool that is very easy to learn and adapt to. It offers thousands of real-time devices with various versions of browsers and OS for quick test execution. To speed up your maintenance efforts, Testsigma can quickly detect bugs and errors, including bottlenecks based on former error patterns.

Bugs are recorded and logged via screenshots and videos, which are sent to the teams through communication platforms like Slack, email, Teams, etc.

Also, if you’re keen on understanding how to perform regression testing at DevOps speed with Testsigma, we recommend reading this article. Additionally, you can also grab our ebook on in-sprint test automation here.

Give your agile automation a boost, implement insprint test automation with Testsigma

Ranorex Studio: Ranorex Studio is a codeless test automation tool that supports end-to-end testing for mobile, web, and desktop apps. It supports tech stacks such as .NET, C#, HTML5, Java, etc. Great for both beginners and experienced developers — Ranorex can be integrated with DevOps tools.

SauceLabs: Sauce Labs is a continuous automation testing cloud that supports testing on native apps and mobile web. It comes with a horde of Android emulators and iOS simulators. Sauce Labs calls itself a customer-centric platform that enables in-sprint testing by laying emphasis on the product journey rather than testing. Also, it supports integration with Selenium, Appium, Espresso, or XCUI.

Provar: Provar is an end-to-end test automation tool that supports web and mobile testing. However, Provar is extensively known for testing within Salesforce. We can perform API testing, web testing, and it lets developers write exclusive and personalized test cases in Java. It’s a cloud-based tool that can be integrated for CI/CD implementations.