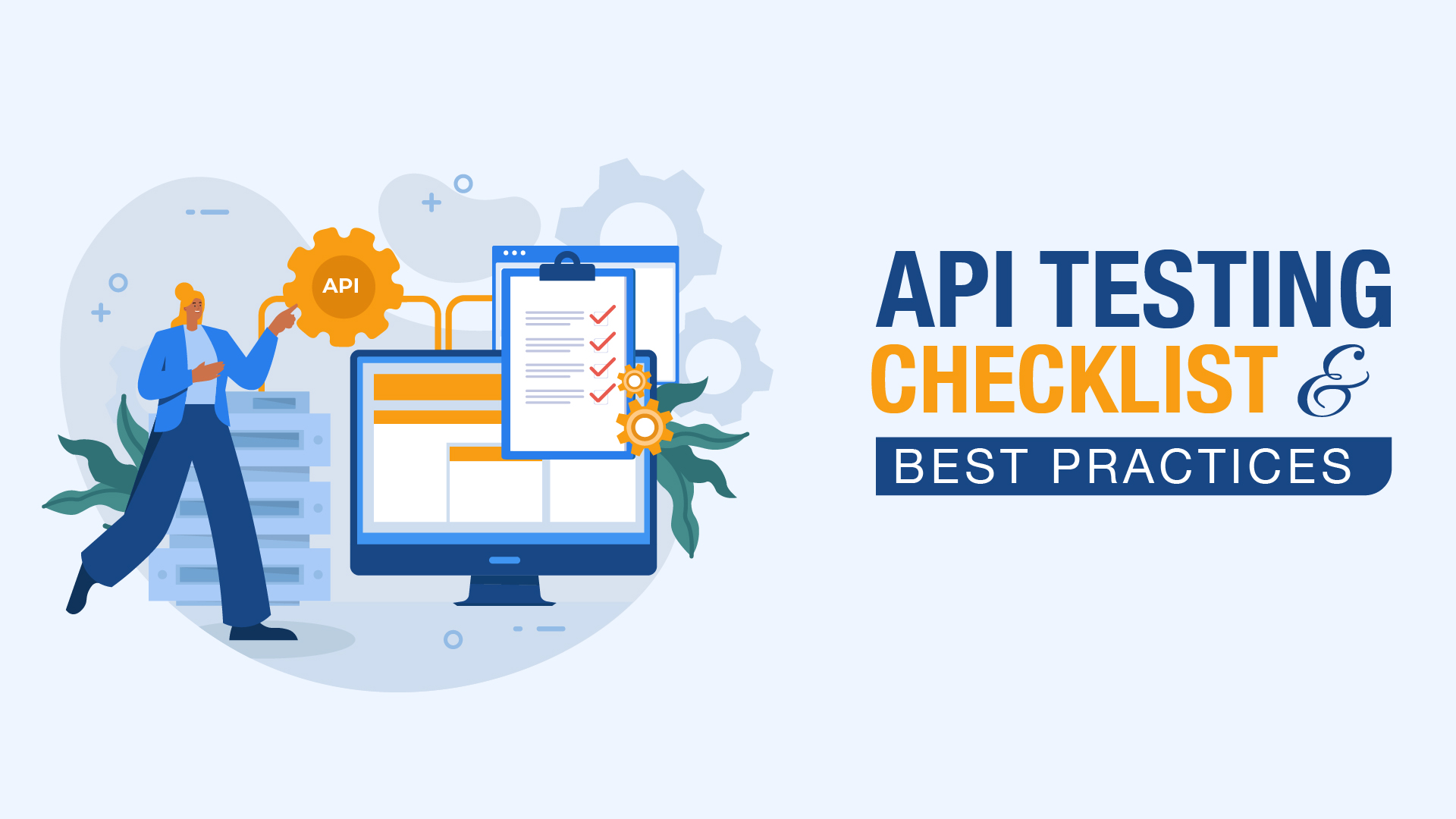 APIs (Application Programming Interfaces) facilitate interaction between two programs. For example, an application providing weather details talks to the API created by the weather department to get all relevant information. SlashData found that more than 90% of developers use API- a feat significant to demonstrate the significance of the interface.

APIs are valuable elements that simplify app development. Hence, an API testing checklist is paramount to ensure the backend works with accurate data.

API testing ensures that apps function as intended for end users. Quality assurance teams use a thorough API testing checklist to examine the security, usability, dependability, and performance of all APIs used in a software application.

Tens of thousands of APIs are released on the internet every year. According to estimates, the size of the worldwide API testing market will increase from $384.3 Million in 2016 to $1,099.1 Million by the end of 2022 at a Compound Annual Growth Rate (CAGR) of 19.69% from 2017 to 2022. Cloud adoption has driven the expansion of the API industry. Now, APIs have become the primary language of business integration.

The popularity of APIs is constantly growing, and QA engineers can extensively investigate the logic level of the software’s architecture by following the methods described in this article.

Why is API Testing Necessary?

Below is the API testing checklist to ensure a robust procedure and app.

The right questions to ask while assessing team capabilities should be as follows: do they understand the use of automation and API testing tools? Do they possess knowledge of programming?

Since the testing team plays a pivotal role in delivering accurate test results, it is imperative to understand their competence. Devising a process to check knowledge can be an excellent technique for understanding expertise. The authorities can then fill gaps with appropriate training and tutorials.

In contrast to other software testing, API testing requires a preliminary environment that executes API with a necessary array of parameters before examining the test result.

A straightforward test strategy can assist in avoiding delays. Before the business can fully determine what testing to conduct, it must comprehend the number of APIs and what they do; find out who writes the API tests and runs them. Work with the IT staff to determine how frequently the tests are conducted. It is a significant step to identify every API the company employs and rank them according to their importance to programs and clients.

The supervising and strategic teams should specify the conducting tests. They should ensure that the staff has access control to run them and is aware of both direct and application-based API access. Include the development and quality assurance teams, and plan routine functional and security testing. Set aside resources to perform and maintain API testing.

After building a testing strategy, choosing a tool to perform the tests is essential because it can impact the overall process. API testing tool should be simple to use, which means it should be simple for a new user to scoop up and use with limited skills and tremendous success. Essentially, the tool must be user-friendly and visually appealing, offering enough capabilities like testing using JSON, XML, or another format, since users can define the request and response formats. Most programs also allow users to build custom validation tests to carry out intricate tasks without scripting.

Some other crucial feats are:

When running API tests against actual production servers, a few basic ways that may help the tester prevent issues are as follows:

The two most widely used types of APIs are SOAP and REST API.

SOAP (Simple Object Access Protocol) is a vintage API created by Microsoft in the 1990s. XML (Extensible Markup Language) is the only message type that SOAP is capable of using. The SOAP API uses a standardized set of message patterns to carry out actions. It uses a unique method called an envelope to send the message. This may provide greater security and, occasionally, less code. However, the SOAP API does have the drawback of being slower and bulkier.

REST (Representational State Transfer) API refers to a set of architectural restrictions rather than a protocol, making it more about data accessing than actions like SOAP. It uses either JSON or XML formats, which are considerably quicker. When providing a public API online is ideal.

Some commonly found API Bugs are listed below:

After the development phase, the testing process has a high-level focus on confirming that the API’s fundamental components and features are complete. Validation testing uses its API checklist when assessing the performance and behavior of the APIs well within a software package.

To successfully validate and verify the test, one should answer the following concerns to execute a clean examination:

The goal of security tests is to identify any API flaws, risks, or threats so that unwanted request attempts can be stopped. Security testing can find potential defects and API weaknesses that may lead to data loss, money, and credibility.

The user interface is examined during this kind of API testing. UI testing concentrates on the interface experience that connects to the API to ensure the expected experience. QA teams develop an API testing checklist to assess the functionality, effectiveness, and accessibility of the software app’s front and back end.

The performance of the API is examined during load tests by imitating peaks in user engagement. QA testers must assess how effectively the API functions when many users suddenly connect to the system. QA teams may verify the predicted load of an API with accurate figures and precise statistics after using an API testing checklist.

API testing test cases are executed on the following:

After going through the API testing checklist, please feel free to check out the test step types.

The business logic layer represents a set of functions and procedures that make up the API. If an API is not adequately tested, both the API application and the client application may have issues. This test is crucial in software engineering.

Testsigma offers a wide range of tools used by some of the finest software engineers in the business. No matter what level of API testing knowledge the user has or where the user is in the process, Testsigma appends ease of use with its minimal upkeep prerequisites, CI/CD and DevOps connectors, and much more.

With Testsigma, every phase of the user’s testing procedure is streamlined and may be accessed on various platforms depending on the requirements. This gives accuracy and information required for the software.

What are the Steps of API Testing?

Steps to perform the API testing is the following:

What should be Tested in API Testing?

In API testing, various types of testing take place that ensures the performance, security and accessibility of an API. These are some important testing that you should keep in mind during API testing:

What is the Endpoint in API?

What are the 4 Layers of API?

Four layers of an API are the following:

How API Works Step by Step?

An API stands for the application programming interface, which makes communication between two devices easy and effective. An application communicates with an API using the API access key and sends required requests by GET, POST, DELETE, PUT, and PATCH methods. After sending a successful request to the API, it will return the requested resources as a result.