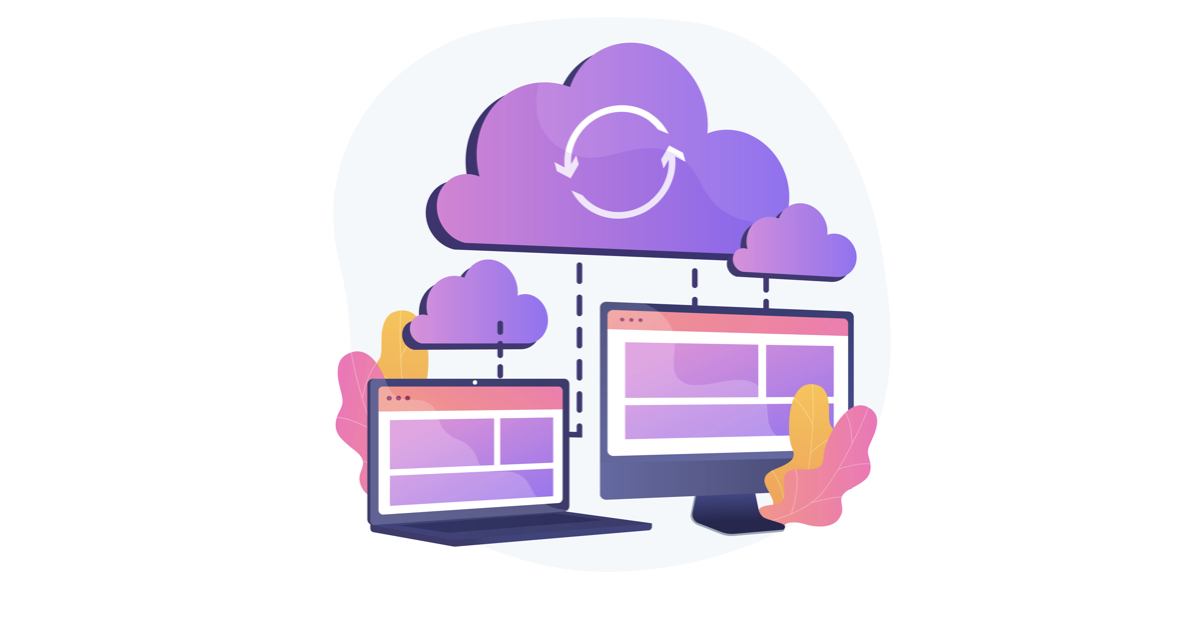 Why is Automation Testing on Cloud Becoming Popular?

Cloud-based technologies are increasing day by day. I remember what cloud meant to the people 10 years back and what it means now. It has grown more than just being “saving your files” to “developing on the cloud”.

Cloud technology is almost everywhere today. From game development to machine learning projects to neural networks to automation testing- everything is on the cloud.

And honestly, why shouldn’t it be? If there are people who can lend you extraordinary infrastructures, tools, and high-performance servers, you should take advantage of them for the project. This feels kind of similar to building a house and renting it out.

You might never know when you will be leaving the city, so why invest so much money, cost, and time into something that could be rented out?

Automation testing has not been behind in the race of cloud technology. When Agile picked up and in-sprint followed, testers needed something that can not only accomplish their tasks quickly but avoid wasting time on overheads.

What is Cloud Based Automation Testing?

That’s the complete point of being on the cloud! You just focus on what’s important and the rest is taken care of by cloud providers. In this post, we will see a few important reasons in detail and how they attribute to why cloud automation testing is becoming popular.

Scaling the operations is a big and complex part of testing as well as development. You not only have to focus on the constant scaling needs due to increasing usage but also keep up with some special moments of business.

For example, Amazon hosts the ‘Black Friday’ sale every year. Obviously, the application will see a huge spike in traffic and testers would have already made the application scale-proof.

Automation cloud testing makes scalability testing an easier part. With the cloud, you can configure your resources to high numbers in seconds.

You can also simulate thousands of virtual users to determine the performance of your application and how it will behave under load. Cloud-based tools also provide detailed metrics with graphs to understand and analyze the performance.

Geo-location testing – A huge plus point

The reasons are two folds. First, the behaviour of your application has to be tested according to the region it is opened in. Second, there are certain rules and guidelines of different regions to which we have to adhere. To avoid any mishaps, geo-location testing is important.

Without a cloud automation tool, you just have to use the conventional methods of finding people and sharing your code with them. All this can be avoided with just a few keyboard strokes and mouse clicks.

To learn more about geo-location testing and how to perform it using various methods, visit this guide.

Your location does not matter

The pandemic of Covid-19 taught us one thing – your location does not matter. Our perceptions and thoughts on working in a fixed environment have changed.

Believe it or not, cloud technology has a very important role to play in this. What if we did not have the cloud with us? Could we have maintained our own designed servers and infrastructure sitting at home? Cloud made us connect to each other in no time and we took no trouble in adjusting.

Cloud-based test automation has the superior advantage that it does not concern your location as long as your credentials are correct and payments are made!

With cloud-based automation testing, you can also use multiple devices to connect to your account and view the reports from the comfort of your couch.

These tools differ according to the projects and your requirements. You may have to include bug tracking tools or performance testing tools etc.

Manually setting them up is a task. I cannot say this is too hectic but it surely takes time to configure and connect with the project. Although CI/CD tools do take a lot of time and raise issues during the setup.

While performing automation testing in the cloud, the great news is, you already get these integrations installed on the platform especially CI/CD tools.

You just have to utilize these integrations in easy steps determined by the providers. It saves a lot of time and everything is organized in a single place.

Infrastructure setup is a big overhead in automation testing. These can include configurational setup for everything (tools, languages, editors etc.), integration capabilities (CI/CD, bug tracking etc.), reporting mechanisms (reporting and analytics tools), physical system connections etc. All this setup takes a lot of time and we have not even started testing yet.

Another bonus advantage of performing automation testing in the cloud is that you can ignore infrastructure setup and just focus on what matters – the execution.

Automation testing in the cloud removes all these overheads and cuts the time of the testing process. This does not mean that overheads are reduced to zero though.

You still have to configure the required tools but the process is fairly easy. We can also opt to reach out to customer support to help out on configurational setups. This cannot be done while automating without cloud.

For example, if there are 10 test cases running in 100 minutes sequentially, we can execute one parallel session with 10 cases running parallelly. The parallel execution time comes down to 10 minutes from 100.

Parallel testing is especially helpful when the project is a web application. Since there are so many devices and browsers and OS to test on, parallel testing can quickly wrap up things in cross-browser testing scenarios.

For applications running natively on the platform, you can choose multiple devices running on various operating systems. Also, languages come with parallel execution support such as TestNG.

They divide the test executions into multiple threads that can be run parallelly. Parallel execution is possible on both cloud and non-cloud infrastructure but cloud testing tools provide parallel grid infrastructure that is faster (as it needs high resource power) and easier to set up.

Check how Testsigma does it here.

Real-Time Collaboration on the cloud

Let’s forget that there is anything called ‘cloud’ existing in our network or organization. In such a scenario, how would things work out between you, your team and your manager in testing? First, you will set up everything and confirm with your team or manager.

That’s actually a lot of “confirming” which ultimately wastes time because not everyone has free time when you want them to verify something. This can be bypassed by automation testing in the cloud.

For example, with Testsigma, which is a completely cloud-based automation testing tool – you get real-time collaborating features on the cloud that are a gem feature in automation testing. With cloud infrastructure, everyone can contribute together at whatever stage you are.

If proper rights are given to the employees, they can write scripts with you, provide comments on your work, read analytics and results from anywhere and provide feedback. This can be done without ever physically coming to your system! In the times we are facing today, it is a major feature contributing to the popularity of cloud-based automation testing.

The three points that we will look at now are the direct results of the features we get above. Cost is one of the factors. When you get everything set up on the cloud without individually buying and configuring the tools, your costs are lowered.

Consider it this way, the more time you take in additional overheads, the more money company loses. This is because you are being paid by the hour and even if you are setting up infrastructure for the project, it is all work that could have been avoided.

Time is another such factor. For almost everything we discussed above, I have mentioned how they can help to speed things up. You don’t need to visit physically just to verify certain scripts. You don’t need to search people for geo-location testing.

You even don’t have to worry about scalability testing in the cloud. As a cherry on top, cloud-based tools are feasible in the pocket. They generally come on a monthly plan which can be between $80 to $200 depending on the features you opt for.

When you are done, you can just leave the account and the resources will be freed up for other projects.

The final major point responsible for making automation testing on cloud popular is its ability to deliver faster. This is actually no surprise. When you save so much of your time and focus just on the main part, things automatically start to move faster in the pipeline.

Considering how fast the processes in SDLC have become, automation testing in cloud becomes a prioritized business in the industry.

If you are looking for a test automation tool that would have these features then it would be good to first try the product and make sure it also works well with your requirements.

Testsigma, a completely cloud-based automation tool, with all the above features is offering a 30-day free trial

Did we leave something?

Up to this point, I am quite convinced that you have got the gist of cloud-based automation testing – it is not becoming popular just without reason. Performing automation testing on the cloud brings unparallel advantages that are only possible if you build a cloud infrastructure of your own.

They save time, money and increase efficiency by letting you work from anywhere with any device you want. This post highlighted such advantages that have directly and majorly made cloud-based automation testing popular. However, we understand that practical experience brings hidden surprises to the team.

In the same line of thought, we would like to welcome all your experience as a tester on the cloud and share it with us in the comment section. We would also like to invite suggestions and comments on this list and how do you see it. Hope this post helps you strategize and decide on your next project.

Which tool used for cloud automation?

For cloud-based automation testing, you can use Testsigma which is an open-source and cloud-based test automation tool. It allows you to write your test cases using NLP’s written in plain English and run them in various combinations of browsers and operating systems.

Can Selenium used in cloud?

Yes, Selenium can be used in the cloud. Selenium is an open-source umbrella project providing various tools and libraries to make test automation easier. Test grid is one of the tools provided by Selenium which is often set up in the cloud environment to run the test cases in the various combinations of browsers and devices.

How automation is done on cloud?

Automation is done on the cloud using a cloud automation tool, using it makes it possible to schedule our test automation and run the test cases in various combinations of browsers and operating systems.

Cloud Testing: How to overcome the challenges of testing on-premise?