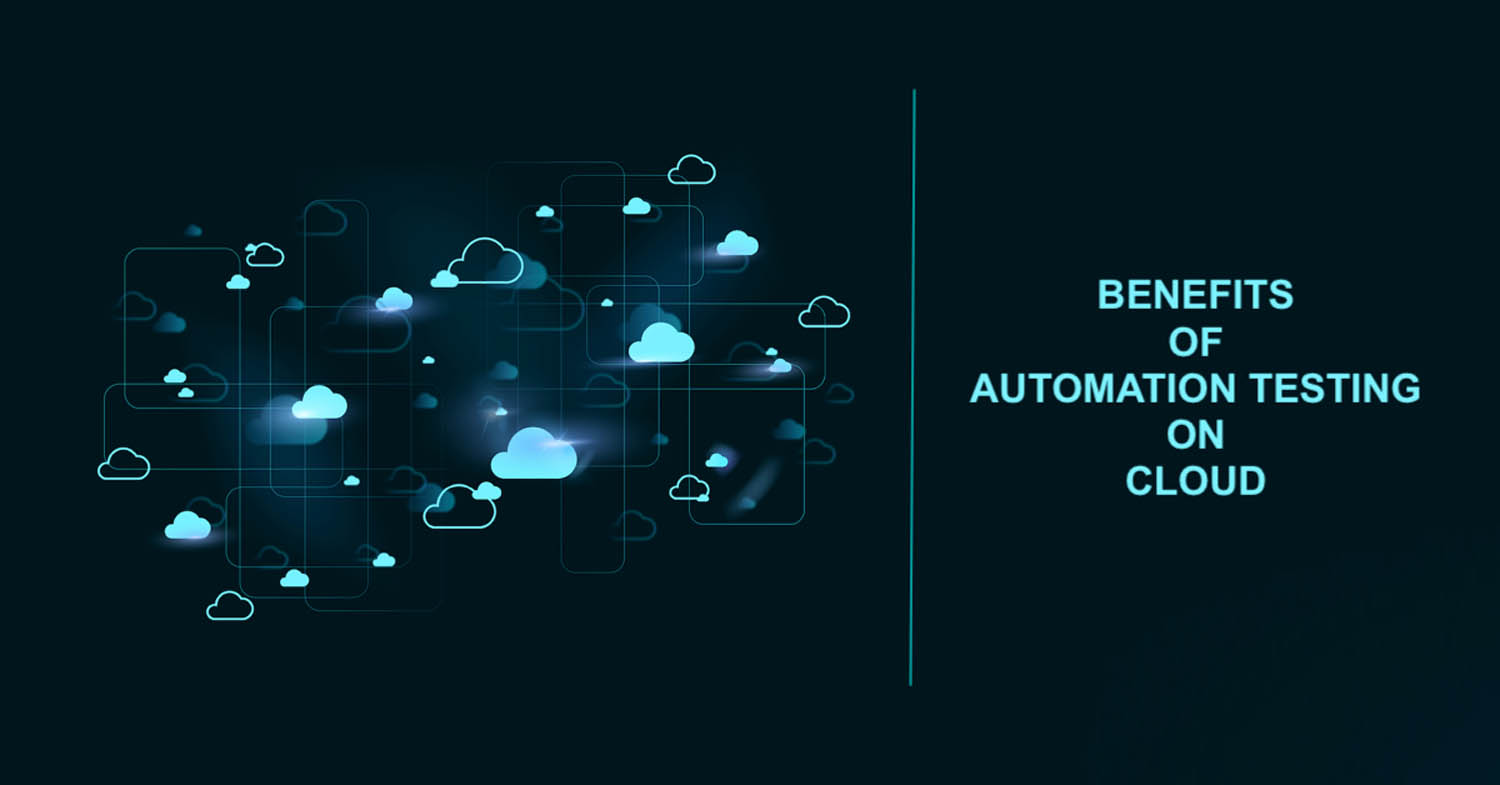 What are some benefits of doing automation testing on the cloud?

Cloud testing is expected to grow to USD 11 Billion by 2023, and we are talking about only cloud testing here, not cloud computing. Complex testing scenarios such as cross-browser testing, parallel testing,  can be made more effective when done on the cloud.

The reason being – the cloud provides the required testing environment effortlessly and can be scaled up or down as needed.

The digital market growth, Agile, DevOps, all are pushing organizations to adopt cloud-based solutions at a lightning speed.

Let us explore the benefits of cloud-based test automation in detail:

1. Time is money and cloud-based testing saves it

When the automation testing is performed on the cloud we save time on:

2. A penny saved is a penny earned

When cloud-based automation testing tools are used we will be saving costs associated with :

Want to access and perform automation testing on the go? It is super easy with cloud-based automation tools, login from anywhere, anytime, 24*7. This feature supersedes the in-house test labs dominantly.

With remote working on the rise, remote work and cloud testing is a marriage made in heaven.

4. Scalability at its best

Let us take an example, a mobile app for e-learning is released on Android devices. So the testing is performed according to the in-depth analysis of the user base, geographies, devices used, etc. The app received a very good response and now will be released on iOS as well.

Consider this whole scenario to be executed in an in-house test lab. The devices will be procured (cost involved here), they will be set up manually, required browsers/ software will be installed manually.

Finally, the testing can commence, if there is a browser or software update, that will have to be configured again before testing continues. This will be done once for Android and then for iOS for scaling up the test coverage.

The same scenario on a cloud-based automation tool will only require choosing the required environment/device via a few clicks and paying according to the choice made. That’s it!

No set-up, configuration, or maintenance hassle.

5. A team that works together achieves more

During remote working or otherwise, a team should be on the same page and work in real-time collaboration. When working in a team, communication is the key to all problems and that is why cloud-based automation testing tools are such a hit.

The services, resources, artifacts, tasks, defects, reports, reviews, comments, everything is on the cloud and everyone has real-time access to it. Whenever a change is incorporated, the same gets reflected for everyone in the team. Therefore, cloud-based testing is a boon for teams.

Also, such tools allow integration with other tools for more streamlined and focused collaboration among team members e.g, CI/CD tools. So everyone involved (such as managers, testers, business analysts, developers, everyone) gets to see the same status of the project.

When using a cloud-based automation testing platform, the data related to development and testing is stored across systems on the cloud. The cloud service providers have a robust disaster recovery approach in place.

They facilitate the storage of huge data and have automated monitoring of the systems on the cloud. Anything that goes haywire will be caught and mended automatically.

Additionally, they have versioning and tracking mechanisms in place to deal with any sort of disaster. This helps in disaster recovery and also for auditing purposes.

If we create a disaster recovery mechanism ourselves for an in-house lab, that is going to be a lot of pain, cost, effort, and time.

7. Security is always excessive until it’s not enough

This is a quote by Robbie Sinclair, which depicts that it is better to understand the importance of security before it is broken. However, cloud-based automation testing has been under scrutiny when performed on shared cloud/resources.

But service providers are well aware of this and they provide strict and safe methods of authentication and authorization to the users.

The security is taken care of by:

8. To increase time in the market, reduce time to market

Undoubtedly, cloud-based automation testing reduces time to market. We have saved time on many instances:


Get started with automation testing on the cloud in minutes, with Testsigma


Due to all these reasons, the time to market is decreased considerably when compared to in-house labs. This ensures that the product is going to be in the market for the long run because it hit the market earlier than its competitors. Also, the good quality of the product plays an irreplaceable part in the success.

With all the mentioned benefits, automation testing on the cloud is a clear winner, it is here to stay and get better.