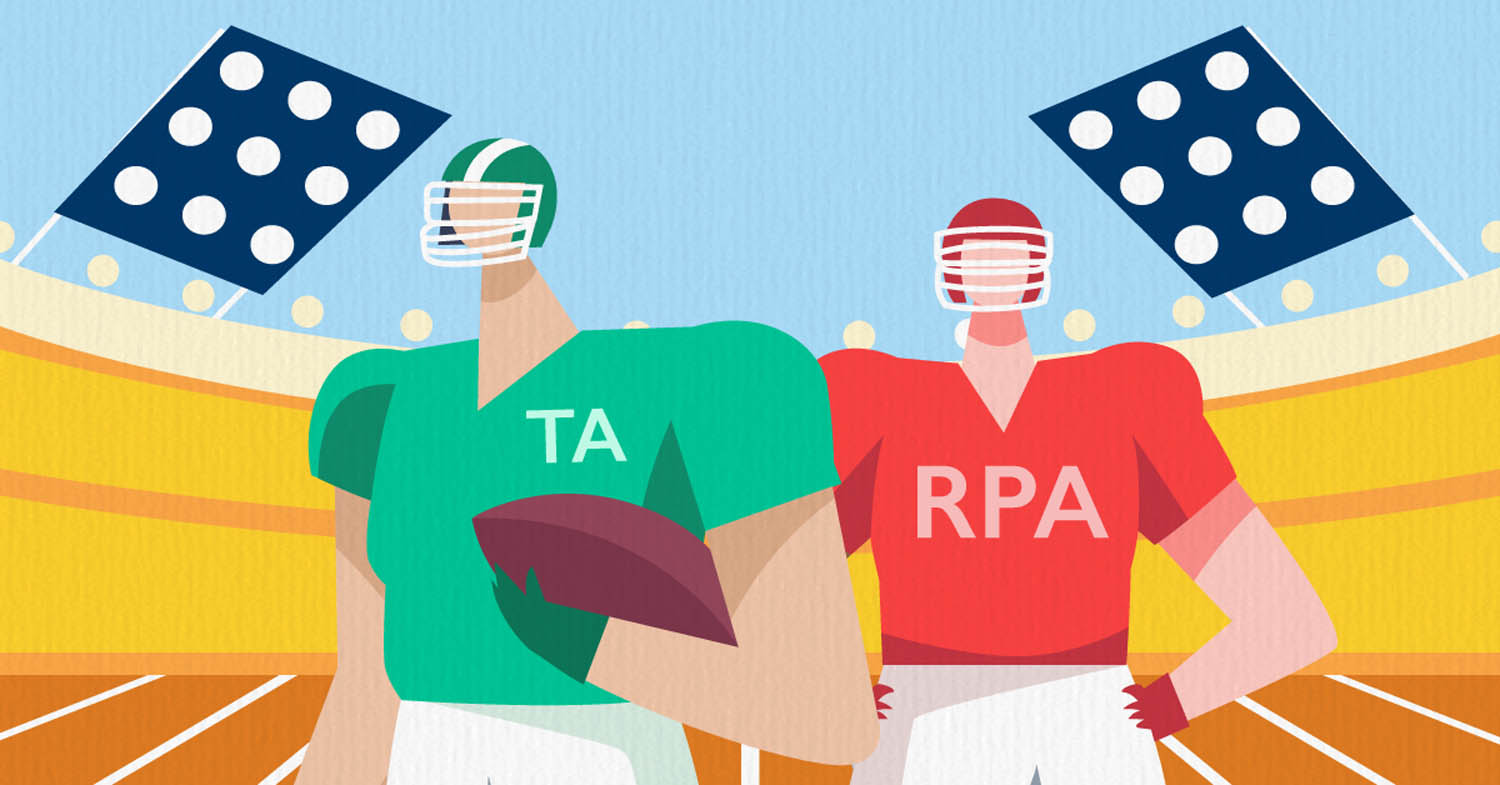 Robotic Process Automation and Test Automation are two confusing terms in testing processes. Similar to TDD and BDD processes, RPA and test automation seem like a single branch of the test segment which is common to be exchanged in communication during planning. The word “automation” seems to be a culprit in this case.

When both the terms end with automation and someone knows any one of them, it is not hard to presume another one based on primitive knowledge. While it is definitely true that both of these processes automate the process, “what” and “how” of their automation is entirely different.

This post is constructed to narrow the gap of understanding and to validate that RPA and Test automation are not only different in their working and mechanism, their base foundation works on different scenarios. Before we jump to discuss the details of RPA vs Test Automation, it is better to understand what they individually are.

What is Robotic Process Automation (RPA)?

According to Google, the meaning of a “robot” is: “a machine resembling a human being and able to replicate certain human movements and functions automatically.” Surprisingly, this definition fits perfectly with RPA by making slight adjustments.

Robotic Process Automation is the process of mimicking a user’s actions on the system and performing them automatically. This is achieved through artificial intelligence and machine learning algorithms by learning the patterns from the user’s actions.

RPA is achieved through software bots with varying capabilities and made available by various developers on the internet. When a user performs the actions with the RPA bot, these user actions are then converted to tasks or actions and performed without a user.

RPA needs AI algorithms because it does not blindly run the tests again and again but performs the same actions considering the various scenarios. For example, data entry requires us to enter data by performing the same actions but with different data. This can be achieved through RPA.

Robotic Process Automation does not require extensive codes to understand the problem. Rather, they are run when a user is performing actions on the graphical user interface. This can be attributed to the name of RPA which has “process” instead of Robotic “Test” Automation.

A codeless process makes them an important part in performing business-related activities such as data entries, fetching queries or manipulating certain data on situations. RPA removes redundancy in the process and performs repetitive business tasks in order to achieve efficient and time-saving performance.

The RPA boasts the following benefits:

What is Test Automation?

These repetitive test cases not only waste the time and effort of testers but makes the process boring, error-prone and make them overlook specific bugs. Automating these test cases cuts the cost of the project and helps testers focus their energy somewhere else.

In contrast with RPA, test automation understands specific commands only. For example, for a particular action, there would be a particular syntax that will have to be followed. This syntax might be achieved by writing code or by codeless methods. Codeless methods will be interpreting commands but will be easier to understand and automate.

One such codeless test automation tool is Testsigma. Testsigma uses plain English to construct test cases which is an easier and simpler method than resolving a language and writing codes in it. To simplify the process, even more, artificial intelligence always watches your actions and heals the automation tests automatically.

To understand the perfect time to initiate automation in your process, refer to article that talks about  the 5 signs when you need to implement test automation

I hope you must have got the gist of RPA and Test automation and how both of these automation processes helps us grow businesses and improve the quality of the software. But still, even though we know both of these phenomena as individual processes, the differences and comparison between them are a little cloudy. In the next section, let’s see how these two processes differ and on what grounds.

The following table will help you compare RPA vs test automation with keywords. The gist of these keywords can be found in the above sections.

Automation is expanding its wings to every field from manufacturing to information technology services. It has become an important part of a tester’s and businesses’ daily life. Automation cuts our costs, saves a lot of time and works with very high accuracy. It deserves the attention it gets from everyone today. Two such segments branching from automation are RPA and test automation.

RPA focuses on automating business processes such as mimicking the tasks and actions while keeping in mind various scenarios through artificial intelligence. Test automation on the other hand requires strict rules and focuses on different scenarios related to the testing of software. They might sound a bit similar, but they are different from their foundation and working.

RPA and test automation are both important in building a high-quality product and improving the business. While they come with their own set of bane and boons, the team has to decide what suits their needs the best. RPA is important for improving the business processes and making them more efficient while test automation is for building a high-quality product.

It is recommended to use them whenever they can be of help to save time. I hope this post helped declutter the confusions and doubts about RPA vs test automation. If this post served its purpose, we would love to hear it from you in the comment section below!! Keep testing and keep improving!