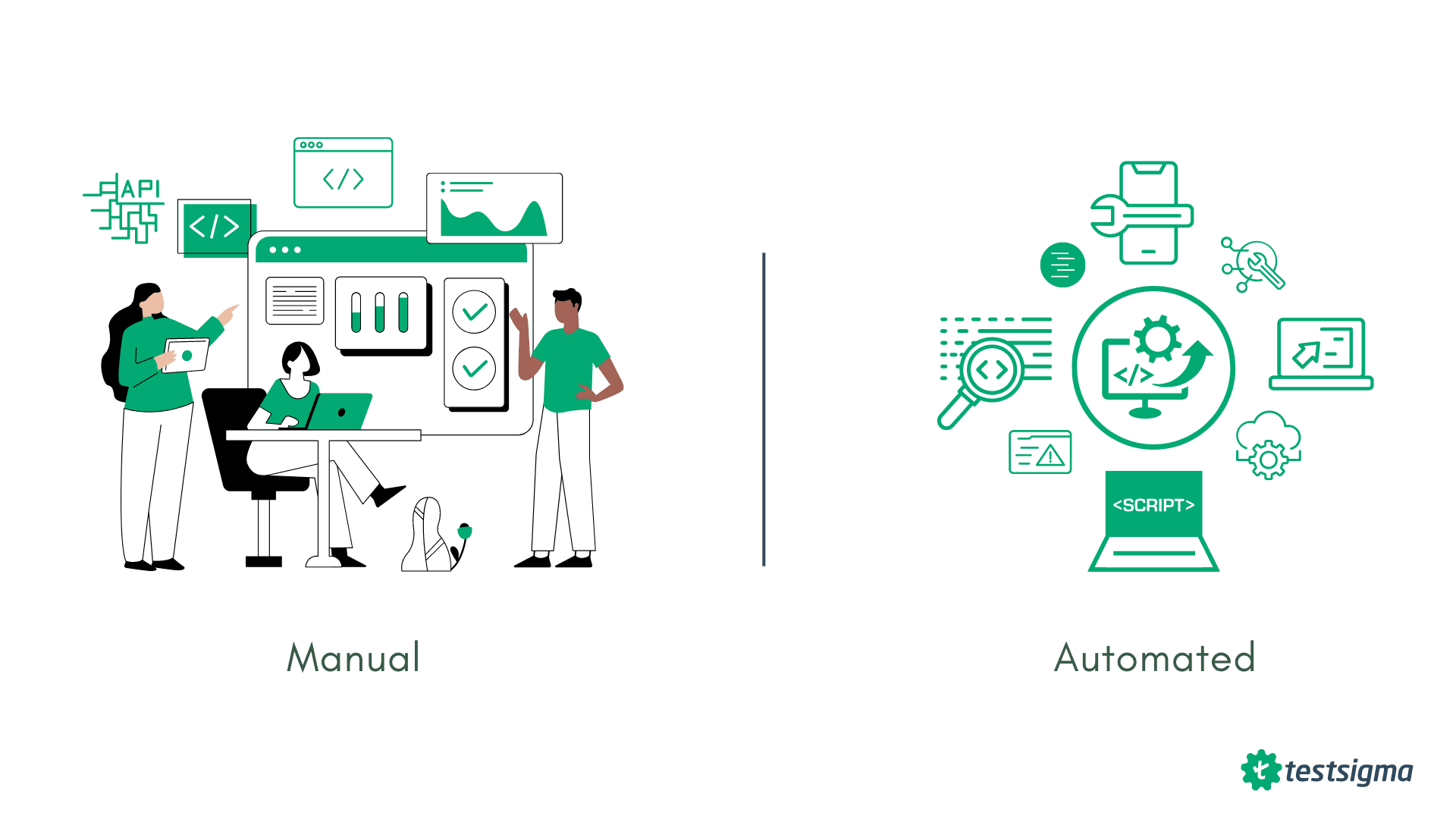 Manual Testing vs Automation Testing: Which one should you choose?

Before we discuss the difference between manual and automation testing, let’s understand why we need Software testing. Surprisingly in many cases, the importance given to software development won’t be given to testing. If we look into SDLC, testing has greater integrity. Taking it casually and testing in non-real environments will directly impact the entire project and lead to testing failures without a doubt.

So, before you release the product into the market, it’s crucial to ensure that the software is bug-free and users are getting a good experience using every function in the software. Now you know why we need Quality Testing, let’s talk about the types of testing. In any case, two types of testing are performed on the software product: Manual Testing and Automation Testing.

Although there are many differences between them, the main difference is that, in manual testing, you perform the tests step by step without the help of tools. In automated testing, tests are executed automatically using test automation frameworks and other tools and software.

What Is Manual Testing?

Manual testing is a process in which test cases are executed manually without the help of any automated tool. It ensures that all the functions in the application are working, as defined in the requirement document. Since no tools are involved in Manual Testing, it is slow, repetitive, costly, and time-consuming.

Manual testing is helpful where human interaction is required and better suited. For example, User Acceptance testing is a type of manual testing performed when human intervention is necessary to test the ready-to-use product before releasing it in the market.

Manual testing always takes place when human intervention is needed and needs to test the application from a user perspective. Let’s look at an example below to understand better how Manual Testing works.

How does Manual Testing work?

Let’s say a developer has created a website and wants you to test for login functionality. Here, the expected behavior is that the user should be able to enter the username and password and click the Login button to submit the credentials.

If the Login button doesn’t redirect the user to the home page when executed, the QA will report this to the developer.

The steps included while executing the test are as follows:

Here, we understood that testing manually takes a lot of time. That’s why we use tools like Testsigma to automate the testing process to resolve these problems.

What Is Automation Testing?

Automation Testing is a technique that uses tools to write scripts and execute test cases. It is the best way to enhance the execution speed, effectiveness, and test coverage in software testing. Besides, it is cost-effective and helps find possible bugs quickly.

How does automation testing work?

Organizations will implement Test Automation with a framework that will have standards, common practices, and testing tools. A good Automated Testing Framework includes standards for coding, methods for handling test data, object repositories, procedures for storing test results, or details on utilizing external resources. Depending on the framework, tests are executed and documented.

What are the types of Automation Testing?

There are certain tests that should be automated using test automation tools. Some of them are as follows:

Unit Testing: Unit testing is the process of testing the individual units of software, i.e., a function, module, method, or class, in isolation. It helps catch the bugs early in development and reduces the cost. It also enables code reusability and helps you quickly migrate your code and test into a new project.

Integration Testing: Integration testing checks defects in the interaction between multiple modules when they are integrated. This can be done through API testing or the UI layer of the application.

Many tools are available in the market, each with pros and cons. We have listed some of the best test automation tools below: