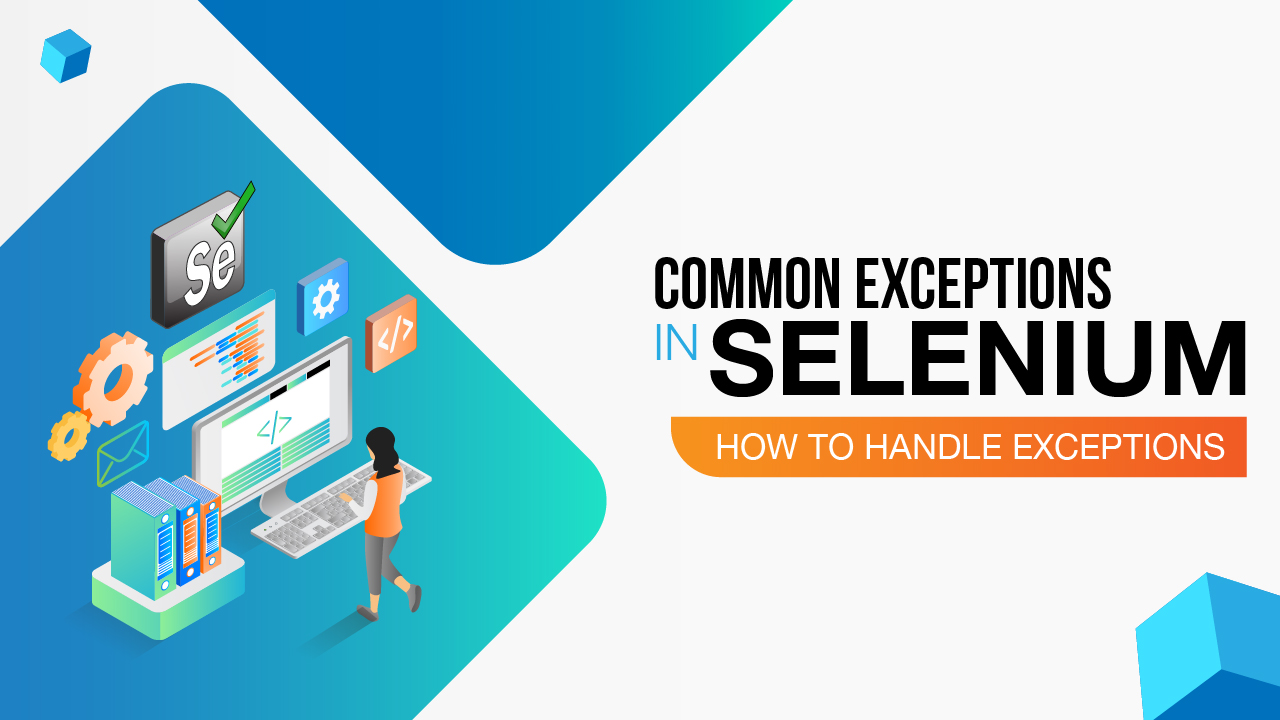 Organizations are moving toward test automation, which reduces software delivery time. The automation helps to reduce manual effort, especially when you need to re-run the regression multiple times on a tight schedule. Additionally, an automation framework can be added to the CI/CD pipeline, which can serve as a quality gate before pushing the development code to different stages.

Errors and Exceptions in Selenium

Selenium has some predefined exception lists which help to analyze and debug the Selenium tests in an easy way. Let’s understand some of the common Selenium exceptions in detail:

Exceptions are quite common in Selenium; if it is not handled properly, then the automation tests can give you false failures or wrong results.

If an exception is not handled as expected, your subsequent tests might also fail. The Exception in Selenium makes it difficult to distinguish between the application problem and the Selenium problem; hence, the interpretation of automation results will become complicated.

Selenium or underlying programming languages provides a different way to handle the exceptions gracefully and provide the custom messages stack traces as and when such exceptions occur.

Why Exception Handling is Important

The Exception may occur due to multiple reasons. Below are some common reasons:

At the top level, the exception can be categorized as Built-in exceptions and User-defined exceptions.

Built-in Exceptions: These are defined by the programming languages you use.

User-defined exceptions: They are also called custom exceptions, where you can define your own type of exception using the exception libraries.

Using the Throws to handle Exceptions in Selenium

The throws keyword can be used to specify the type of exception that is being thrown from a method.

The difference between throw and throws keyword in Selenium Exception handling:

Optionally you can specify multiple exceptions in throws

The Programming language allows us to have multiple catch blocks. This will help us when you expect more than one type of exception.

The finally keyword is used to assign the block, which contains the code that needs to be executed irrespective of whether the exception is thrown. You can use finally block along with the catch block. Typically, the finally block is used for freeing up the resources.

Custom Exception provides flexibility to add the attributes that are not part of standard built-in exceptions. You can store the custom information, which helps to interpret the error messages quickly. However, in-depth understanding of the programming language is required before creating the custom exception. Poorly designed custom exception may degrade the readability.

Some of the important Exception handling functions available in Java:

Testsigma doesn’t require much coding knowledge as it is a codeless automation tool. Available as a SaaS product, you can just signup and start using it. It has various incomparable features such as automatic test case generation, test report generation after each run, the ability to share the result without using any third-party tools, etc.

Seasoned Test Engineer, worked in multiple roles across the domains in the IT industry, passionate about writing blogs, technical articles, and helping the community in forum.