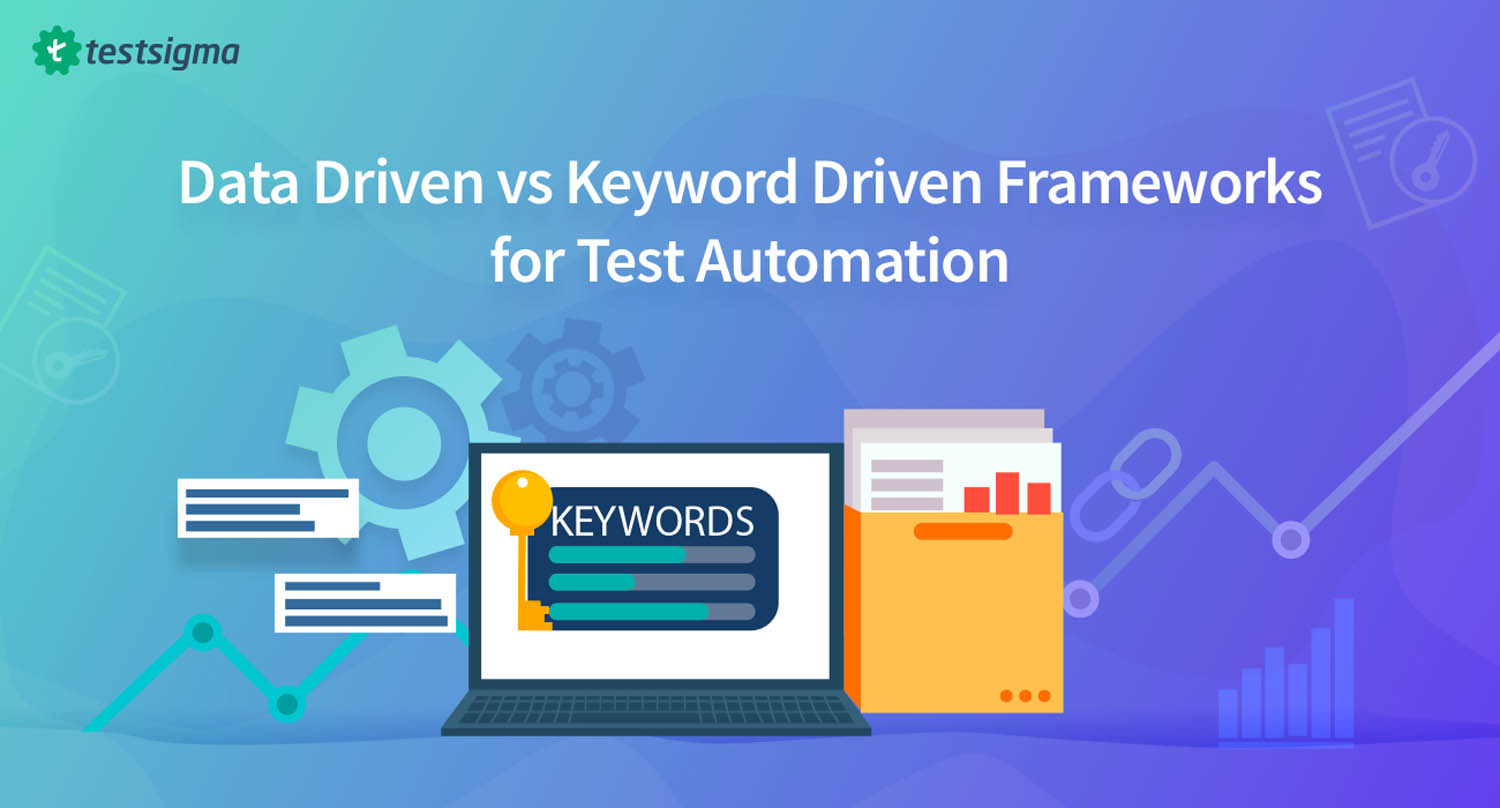 What is a Test Framework?

A test framework is a set of guidelines which can be followed to create test cases and related processes. These guidelines can be about coding practices, storage and retrieval of test data and test results, interaction with external resources and many other things.

A test framework usually contains internal libraries and reusable code modules which provide a foundation for test automation and can be leveraged to build test automation systems for different types of applications.

Benefits of a Test Automation Framework

A test automation framework offers several benefits, some of which can be mentioned as follows:

In linear frameworks, test scripts are created in a record and playback manner which generates sequential test steps with hardcoded test data.

Test scripts can be generated quickly with this framework, but they aren’t much reusable other than repeating the execution of the same test case with the same test data. This provides an easy way to learn a new tool or understand a test workflow since it doesn’t need coding expertise for a beginner, but not good for scaling purpose.

In modular frameworks, the application can be divided into different modules which can be tested independently.

Test scripts can be reused to an extent, thus reducing the test script development time. Programming knowledge is required to work with these frameworks. Using object-oriented concepts, an abstraction layer can be developed which can help in easier maintenance of test scripts.

.In library architecture frameworks, common tasks needed for test scripts are consolidated into a library of functions, which can then be called in different test scripts.

Test scripts developed using this method are more maintainable and reusable. Technical expertise is needed to work with these frameworks.

In hybrid frameworks, more than one framework is used to achieve the desired objectives. The combination should be designed in such a way that weaknesses of one framework are compensated with the strengths of other frameworks.

These frameworks allow the test cases to be written in such a format that they could be easily reviewed by non-technical stakeholders for a project for eg. Clients, Business Managers, Product Managers, Project Managers etc.

The UI that could be reviewed is in a human-friendly language that could be easily understood. For eg. Cucumber, Specflow, Testsigma etc.

What is Keyword and Data Driven Framework?

In data-driven frameworks, test data is separated from test scripts and stored in an external resource such as text file, excel spreadsheet, CSV file or database table. These frameworks provide the flexibility of executing the same test script with multiple data sets.

In keyword driven frameworks, the test logic is divided into keywords and functions. A sequence of keywords is used to define the test scripts and these keywords are further defined as functions to implement the desired behaviour.

An external table is generally used to maintain the mapping of keywords and functions, therefore this framework is also known as Table Driven Framework. For e.g. HP QTP and Selenium are widely used for keyword-driven testing.

In non-data driven testing frameworks, test data is embedded in test scripts which makes it difficult to update the test data at any point of time. This becomes a festering problem in a product’s lifecycle; test data may need to be updated several times for various reasons.

For example, if you need to test a video player, a very basic testing script would look something like this:

For non-data driven framework for testing:

For data-driven framework for testing:

The Test Data file would look something like this:

Using a data-driven framework does come with its own challenges. A few of which are:

Now, there are automation frameworks that offer codeless testing and easier integration with data files for data-driven testing. For e.g. Testsigma is one such tool.

Here, no programming expertise is needed as the test cases can be created in Simple English and test data can be configured in the tool itself to enable data-driven testing.

With Testsigma, you don’t need to even setup keyword-driven testing because Testsigma lets you automate directly in simple English. Check out more details about Testsigma here:

This creates a bottleneck in the testing team’s productivity. Team members creating the test scripts are always under pressure to write more scripts to quickly build the test automation system.

Keyword-driven frameworks help in eliminating these bottlenecks and create a balance where all team members with and without the programming knowledge can contribute to creating the test automation system of the product.

In keyword driven frameworks, test scripts are a sequence of keywords which are mapped to functions defining specific behaviours.

Mapping of keywords and their corresponding functions can be maintained in an external resource such as a table.

Since writing the test scripts using keywords and implementing the functions mapped to keywords can be done independently, the team can work on both in parallel, which also helps in boosting the team’s productivity.

For example, if you need to test a video player, a very basic testing script would look something like this:

For a non-keyword driven framework:

For a keyword-driven framework:

Keywords and Functions Mapping would look something like this:

Few of the benefits of keyword-driven frameworks are:

Using keyword-driven frameworks has its own challenges, such as:

What is the Difference Between Data Driven and Keyword Driven Frameworks?

We can summarize the differences between Data-Driven vs Keyword Driven Frameworks as follows:

When to use Data Driven Frameworks?

When to use Keyword Driven frameworks?

Depending on your need you can also choose to have a hybrid framework, where you can combine data-driven and keyword-driven frameworks to take advantage of both.

For example, if you need to test a video player, a very basic testing script would look something like this:
Load

Keywords and Functions Mapping would look something like this:

Managing and scaling such frameworks over time may bring its own challenges along with the benefits.

Before finalizing any framework for building your test automation system for the product, it is important to make an analysis of what you need from a framework and what are your strengths as a team to work with the framework.

This would help you in choosing the framework that’s right for your team and product. 10 Points to Help You Choose the Right Test Automation Tool

Which is Data Driven and Keyword-Based Tool?

What is meant by Data-Driven Testing?

Data-driven testing is an approach where various types of test data inputs are collected in one place and extracted by iterating during the test case execution in sequence. In data-driven testing, stored input data can be in various formats like excel, CSV, etc.

What is meant by Keyword Driven Testing?

In software testing, targeting any element requires providing its location, which is done using locators like- XPath, element id, class name, tag name, etc. In keyword-driven testing, words written in plain English that this keywords are used instead of using locators to target any element of the software.

What is the difference between Data Driven and Keyword Driven Testing?

Data-driven testing is about iterating over a set of data and using it as user input instead of manually providing the data to test whether the test cases are passing or not.

At the same time, keyword-driven testing is about using keywords instead of locators to target the element within the software getting tested.

Yes, it is a keyword-driven language. Gherkin is a language that defines business behavior without going into much detail about execution. Text in Gherkin behaves as documentation for the test automation.

What is meant by data-driven testing?

What is difference between data driven vs keyword driven testing?

Data Driven Techniques – How to measure when testing is enough

What is Keyword Driven Test Automation