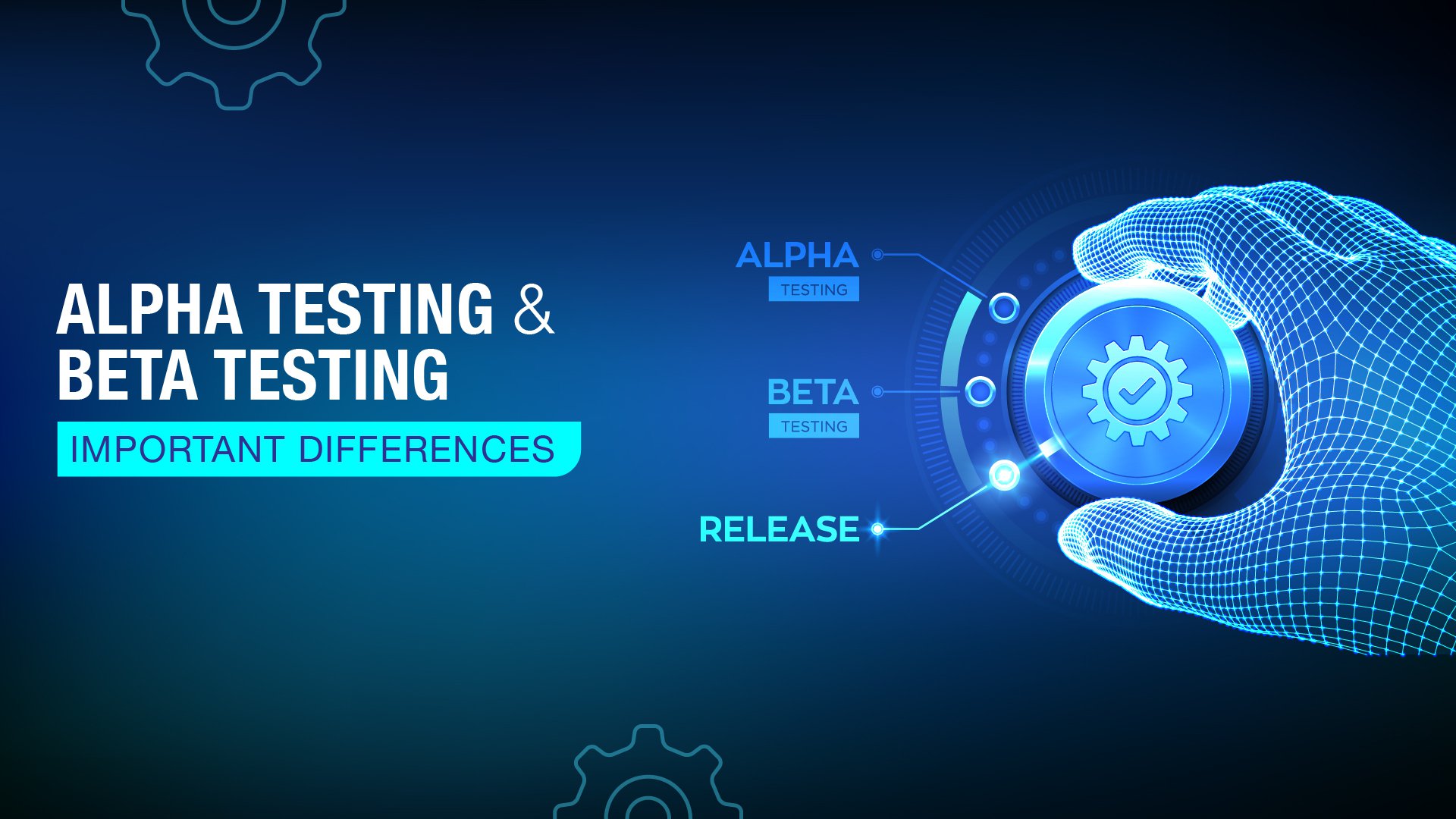 Alpha Testing vs Beta Testing: Everything you need to know

Many tests are carried out throughout a software’s life cycle, each serving a unique purpose. These tests ensure the delivery of high-quality, bug-free releases. Among them are alpha and beta testing, which helps build confidence in product launch and market success. Both are user acceptance testing carried out towards the end of a product life cycle.

While alpha testing helps you validate the quality of your software, beta testing allows you to obtain real-world feedback, ensuring your product is ready for the consumer market.

Both testing types are important and crucial to the product’s success. However, there is a difference in the way both tests are executed. This post will explore their essential differences, strategies, criteria, and goals.

What is Alpha testing?

Alpha testing is performed before the product releases to identify errors or bugs. It is carried out in a controlled or lab environment by an internal QA team. The aim is to ensure software quality before it goes into production.

Evident from its name, Alpha testing is performed during the early stages of product development. It is conducted after system testing but long before beta testing. The testers are usually the organization’s employees, such as the QA team, engineers, or product managers. Using white box and black box techniques, the testers simulate end users’ experience by carrying out tasks the latter might likely perform.

Alpha testing employs both white box and black box testing. That means not only does it check the system’s internal structure or design but also ensures input and output functionality.

What is the Alpha testing process?

Alpha testing is rolled out in two phases:

Certain conditions must be fulfilled before any testing takes place. These are the entry criteria. Similarly, specific requirements must be met to conclude the testing phase; this refers to exit criteria.

The entry criteria for alpha testing are:

The Exit Criteria for alpha testing are:

Once the alpha testing is completed, the application moves on to beta testing.

Here comes the final testing stage – Beta Testing, where a select group of users tries out the application. The goal is to gauge customer satisfaction, ensuring the app is ready for the end user.

Real users in their actual environment perform beta testing. At this point, the beta version of the software is released to a few external users who provide feedback on the application’s design, functionality, and overall quality. These inputs help reduce the risks of app failure, ensuring the software performs as intended in the real environment.

What are the different types of beta testing?

The Entry Criteria for beta testing are:

The Exit Criteria for beta testing are:

Let’s have a look at the comparison table to see how they differ:

Which one to choose: Alpha or Beta Testing?

Looking at the differences, beta testing may seem to be more essential! And why not? After all, it helps collect genuine feedback from real users. Does that mean you can ignore alpha testing? Well, not really.

Although alpha and beta testing depend on real users and different team inputs, distinct processes and goals drive them. Combined, both testing types enhance a product’s performance and lifespan.

So, instead of focusing only on alpha or beta testing, we recommend you include both testing stages in your software development lifecycle. You may start with alpha testing after the system testing phase, fix and resolve all the critical issues, and proceed to the beta testing stage to get actionable insights from end users.

Why is alpha testing used?

Alpha testing is used to identify and resolve all bugs or issues before the app is released to public. The aim is to ensure the app’s quality.

How long does Alpha and Beta testing take?

Alpha testing typically takes 1-2 weeks per test cycle, depending on how many issues are discovered and how many new features are released. It is not uncommon for the total Alpha phase to be 3-5 times the length of the following Beta phase.

The duration of beta testing depends on test objectives. Usually, the testers spend 1-3 weeks, which again varies with the size of the app.

Alpha testing comes first! The internal members of the organization perform this testing. Once the alpha testing is done, the application proceeds to the beta testing phase.

Beta testing releases a beta version of an application to a small group of real users. They try out the app for a specific period; based on their usage and experience and provide feedback to the organization.

An enthusiastic and competent person who always strives to achieve a high standard in any project. An MBA professional with an engineering background, I bring over seven years of diverse industry experience, specializing in digital marketing and content creation, to my current role at Testsigma. You can connect with me on LinkedIn.