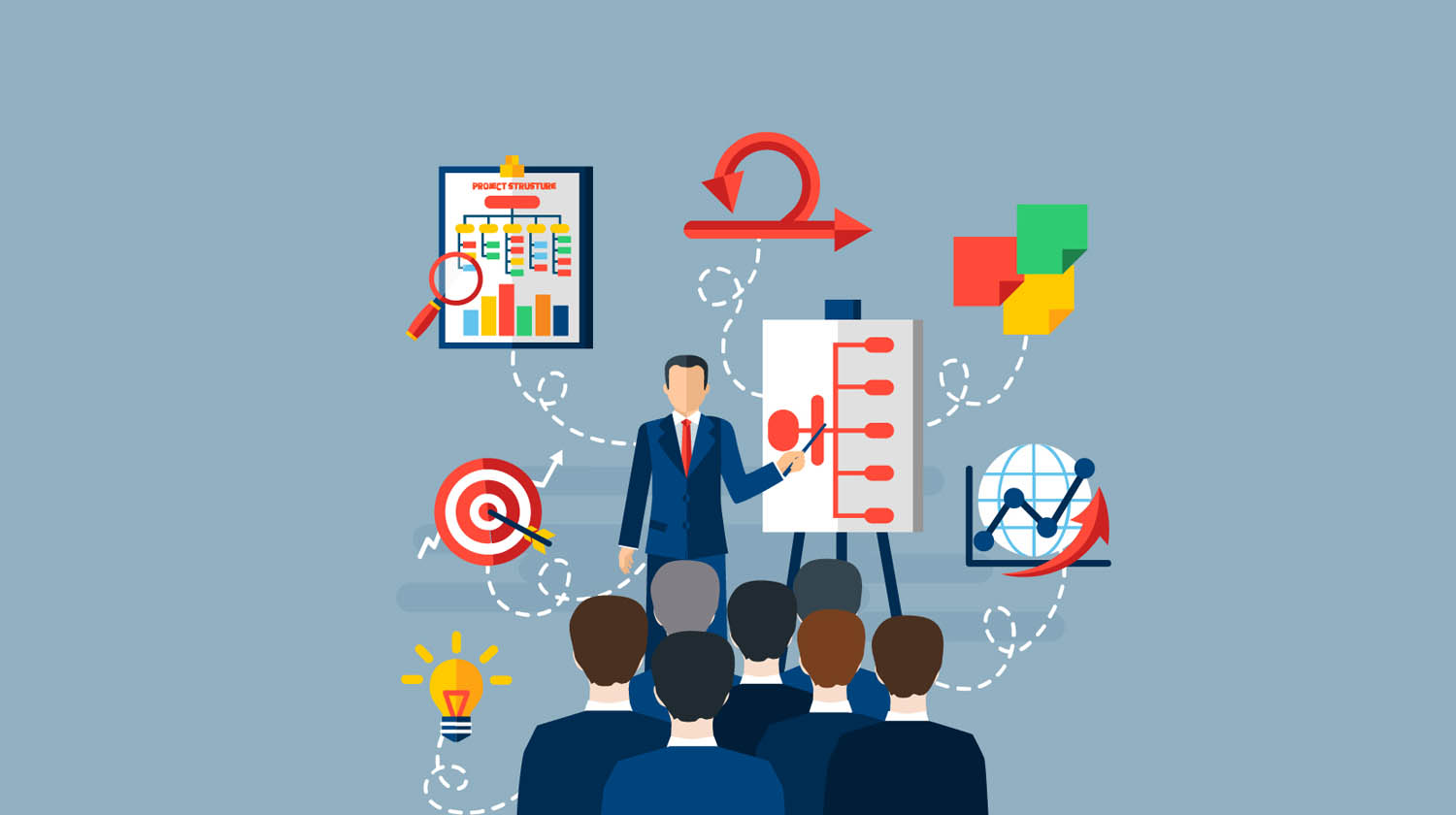 Testsigma undertook the work of providing customers with the best experience in using their automation testing solution. What makes this test automation suite competitive from the other vendors in the market is that it is scriptless(NLP based), maintained by AI, and can be hosted either on-premise also on the cloud.

What also sets Testsigma apart from the rest is, they built their solution to address all the testing-related concerns of every business, whether small or medium business to even an enterprise.

One of the major reasons why customers prefer Testsigma is the product’s capability to scale to the extent of catering volumes of the workload for the largest organization especially for those organizations that adopt Agile and DevOps methodologies.

Agile adoption is now a trend to many businesses which means that the  playing field of software testing has been levelled.

What Is Agile Testing?

Agile based testing is a process that is intended to perform a quality check on an application or software that follows the principle of agile software development. In traditional development, typically it uses a “big-bang” deferred testing approach, while agile testing develops and test systems in small increments, often developing tests before writing the code, story, or feature.

With this approach, the test itself helps to elaborate and clearly define the intended system behavior, even before the system is implemented. In other words, quality is established at an early stage. Pretty much like agile development, agile testing is a collaborative, team-oriented process where everyone shares the responsibility of testing the software.

Yes, you have read it right! Everyone has to do their fair share in agile testing and that is to test the software! This it is often referred to as “teams-of-team”.

Agile testing comes with a “test-first” approach that practically applies to all types of agile work such as defining software capabilities and its features, outlining the non-functional requirements, creating user’s stories based on client’s specification and requirements and as well as coding. It can also be applied to the hardware components of the application. This is the same way tests are written during the coding or development stage, acceptance tests for capabilities and user stories and features are there to clearly define the output. Also, the right timing of clearly defining the proposed system behavior by the way also mitigates the need for overly detailed requirement specifications and sign-offs.

Unlike conventionally-written requirements, these test cases are automated wherever possible. Even if they weren’t, they still provide a clear definition of what the system does, rather than an idea or statement of early thoughts of what it was supposed to do.

Start your Agile Testing today with Testsigma. Automate your testing right from day one. No coding skills required!

Today, most of the business adopt agile mainly to addresses all possible scenario of the VUCA world. But what is VUCA World?

First of all, VUCA stands for Volatility – Uncertainty – Complexity – Ambiguity.

Volatile change in environments is constant. It is usually masked by rapid, unexpected and significant changes with tentative duration. Uncertainty is a component of some instances, with a lack of clarity and making the outcome unpredictable. Complexity is a manifestation of the multiplicity of interconnected factors, and the nature of it can be quite difficult for us to process and at times, it puts limit for control. Ambiguity brings along an environment that has everything in it, are hard to decipher with mixed messages and many are unknown unknowns.

These are just some of the high-level details of what most businesses are dealing with in today’s world.

This is why it is a good move for a business to start practicing Agile as a culture. Adopting agile means you are shifting towards DevOps and it means that testing is happening and more people are getting involved in it.

With this enterprise level of testing, it is critical for everyone involved in agile testing to know their role and scope!

Know Your Role in SAFe

In a Scaled Agile Framework (SAFe), testing (including automation testing) at an enterprise level means we are involving professionals from several departments. From portfolio management to program management and the team itself that is primarily composed of software developers alongside the QA test team.

With so many participants, it is for a must not only for you but for everyone else to know which role to play for the project to succeed.

For you to have a clear insight into this discussion, I am sharing the three-layer organizational abstract from Scaled Agile Framework (SAFe). This is how a typical agile organization looks like.

The Team Layer are teams of software developers and testers closely working together to create a product from selected user stories, strictly governed and prioritized by the Product Owner with the scrum master who makes sure that agile practices are in place.

The Program and Large Solution Layer is mostly a team of Architects and Program Manager who is responsible for demonstrating a working software at the end of each sprint cycle. The are also teams from the IT infrastructure department who provisions platforms for continuous integration, development and staging, and as well as for end-to-end testing.

The Portfolio Layer is the stakeholder group. Stakeholders are executives that make sure that the program is aligned to the enterprise’s business strategy and model.

Now just to weed out the “devils in the detail”. Here is a more detailed breakdown of roles involved in such enterprise activity.

Testers are the ones who are closely working with the product owner to add and refine the done “criteria” for user stories. They are not only responsible for developing test scripts but they are also accountable for creating frameworks for manual and automated testing. In a nutshell, they always do a benchmark of the system and find flaws within it. If there are defects then they are expected to work with developers directly to create a solution and validate them.

System Team Testers – This team is the one who develops the platform for testing and frameworks that empower the team that makes up the Agile release train. Creating and running automated tests to enable continuous integration and continuous deployment falls within their bucket too. They also provide provisioning of network and virtualization that allows the test team to test and develop independently of one another. Most importantly, they are the ones who conduct audit and testing of cross-system topics like Single Sign-On (SSO), security, compliance and regulatory standards which may or may not fall to being the QA test team “out-of-scope support”.

Then we have the “Other Actors” from the user management team, user experience experts and several other architects who play as backup and support roles in such activity.

Test Architects are those who define testing strategies, framework, and methodologies, and work hand in hand with System Architects in ensuring that the product application is designed for quality testing.

Automation Architects lead the analysis and proof of concept activities when it comes to automation testing. This is to ensure that consistency for build verification tests and regression test suite are in automation is in place. Overall, they are engaged in everything that has something to do with automation such as preparing the test cases, setup specifications and configurations, the staging of test cases and its data. These are also the people who make automation testing in SAFe (Scale Agile Framework) possible.

System Architects are not involved in testing directly, but they are the ones who design the system to cater to overall testing sessions and workloads.

UX Experts is team of user experience experts who are deeply involved UX testing, and providing inputs as to what approach is needed for usability testing and test automation method.

Business Analysts provide support to the agile and system teams in developing and executing end-to-end testing. They also provide recommendations on functional and non-functional requirements, and Service Level Agreements (SLAs).

Additionally, in an agile ( also SAFe ) team, testers ( also automation testers ) are becoming a part of virtual teams and are commonly referred to like the Communities of Practices (CoPs). CoPs are comprised of people from different teams and departments having common expertise and knowledge. They come together as one and participate in activities to share their expertise and experiences.

Automation Testing in a SAFe ( Scaled Agile Framework ) in an enterprise, everyone is accountable for quality which makes everyone a tester regardless of their levels within the organization. Therefore, other enterprise businesses opt for cross-skilled resources. For instance, developer-tester role, an individual dedicated to programming as well as testing.

Now that you have the bigger picture of Agile Testing, what role do you play in? How is your agile culture within your organization different from this?