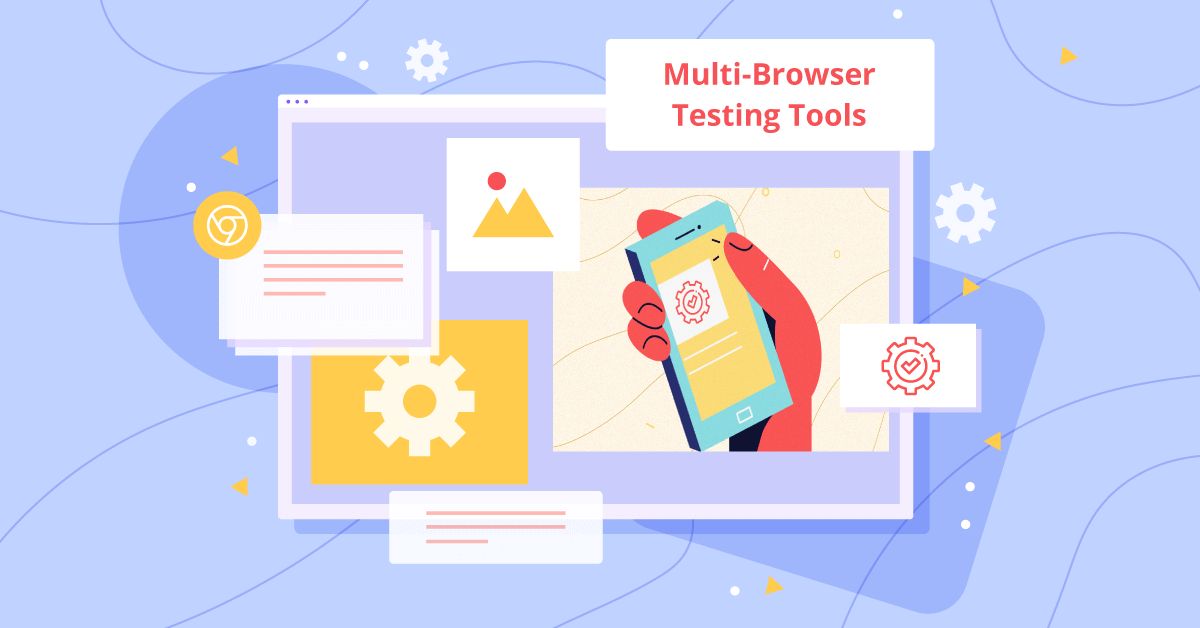 What are the best multi-browser testing tools?

When we write scripts for one browser, they may not necessarily run on all browsers. It’s a no-brainer. And, we all know that a few browsers can limit certain features.

For instance, if we design features that run on Safari on Mac OS, those features may not function across other browsers. To ensure the features run uniformly across various browsers and OS versions that our users have, we should perform multi-browser testing. Multi-browser scripts require stringent maintenance and updates to support niche and latest features too.

Let us understand the importance of multi-browser testing before we proceed. As per Kinsta’s study on global browser market share, Chrome (77.03%) holds a steady share of followers, with Safari trailing next; the difference in percentage is, however, huge. with Safari at 8.87%.

Plus, there are multiple versions of operating systems and screen resolutions that our users browse content on.

According to Sweor, users take only 0.05 seconds to form an opinion on a website — and whether they’ll use it or not. The same report also states that 57 percent of the population won’t recommend a non-responsive website.

In short, user experience can take a massive hit, thereby affecting the business, if websites or web apps are not thoroughly tested before shipping. You can also check out our post on the most common issues one can face while performing browser compatibility tests.

For proper multi-browsing testing, it’s imperative to list out which browsers and OS versions we intend to test. To increase test efficacy, we must prefer testing on real-time devices as they can fetch accurate results.

Adding to all of this — picking the right tool for testing solves nearly half the problem. To help you pick the right tool, we’ll discuss the best multi-browser testing tools to check out in 2021 in this post.

Testsigma: Testsigma is a cloud-based automation testing tool that supports continuous testing of browsers, native, and hybrid apps. With over 2000 desktop browsers, real iOS and Android devices — it comes with a highly flexible platform that lets us create test suites for diverse browsers and versions.

It’s cloud-based and great for remote teams as they can access it from any location, device, and at any hour. Plus, it supports responsive and visual comparison testing. Testsigma is a code-less testing tool — test scripts can be written in simple English, making this tool convenient if you have no programming knowledge too.

Go for 30-day free Testsigma trial, before you decide what to buy

MultiBrowser: MultiBrowser is an automated web testing tool that runs offline or locally on our desktop environment. Offering testers the flexibility to test on standalone browsers and mobile browser emulators — this tool lets us write functionality tests through web browsing on its Test Recorders.

Besides, no programming experience is required to test on MultiBrowser. Like most tools in the market, this one can generate screenshots but takes it a notch up and above with its responsive design screenshots feature.

MultiBrowser supports testing on all versions of Chrome, Firefox, Edge, and Internet Explorer 11. Also, we can run tests in parallel across various browsers that are available on the local machines.

Rapise: Rapise is a desktop automation testing application that supports testing on the web, mobile, desktop, and APIs. What makes this tool trustworthy is it allows us to handle tests across multiple technologies and that too parallelly.

This is a scriptless testing tool that aids both beginners and testers without programming knowledge to get familiar with it. Rapise follows an object-based approach, which lets you generate and filter tests using a simple drag and drop feature.

Besides, it supports Selenium and Appium. Rapise supports multiple versions of Internet Explorer, Mozilla Firefox, and Chrome; plus, the test scripts can be executed across different browsers that you have on your local machine.

BrowserStack: BrowserStack is an online cloud-based automation testing platform and provides access to a repository of over 2,000 real-time devices and browsers. It’s always recommended to test on real devices for accuracy and BrowserStack even supports real-time debugging.

We can perform the tests on internal dev and staging environments, behind firewalls, etc. BrowserStack’s Automate is an apt fit for agile teams as it expedites build verification with parallel execution of the tests; plus, it supports UI testing, functional testing, and regression testing.

EndTest: EndTest is a scriptless testing tool that supports end-to-end web and mobile testing. Apart from video recording the test results, it lets us schedule our tests, and also sends out API requests in our tests.

In EndTest, we can run our tests by manually adding test suites, test cases, and steps or via an Endtest Chrome Extension. EndTest’s engine is powered by Selenium and it can easily find elements within the web apps.

This is connected to a cloud-based lab that comes equipped with browsers like Chrome, Firefox, Safari, and Edge, and while testing, you can choose the device, operating system, and screen resolutions on the test suites. For testing on real devices, EndTest can be integrated with Sauce Labs, BrowserStack, Kobiton.

Price: $138 per month, when billed annually

Browsera: Browsera is yet another sought-after cloud-based browser testing tool because it acts like a human when it comes to analyzing and comparing screenshots.

This is how Browsera works: we have the option to pick which browsers (supports only Firefox, Safari, and Internet Explorer) we want to run tests on; after the URL of the website is added, Browsera takes screenshots, compares layouts, and then, generates reports. Equipped with an algorithm that detects any layout issues, no design errors can escape this tool when you utilize it to its optimum.

Plus, Browsera is ace when it comes to spotting any Javascript errors in your website or web app. It supports testing dynamic pages and technologies such as AJAX and DHTML. However, the tool doesn’t offer any integration or access to real devices, which can be a drawback.

Mabl: With Mabl, we can offer our customers a seamless user experience across multiple browsers. After test creation, we can schedule them to run in parallel or sequence.

The tests can be run across browsers without making any changes; we can scale the number of browsers up or down based on our test plan because Mabl is a cloud-based automation testing tool.

Mabl’s cloud comes equipped with Chrome, Firefox, Safari, and Internet Explorer; the tests can be run on emulators and Mabl lets you pick a desktop or mobile device along with screen orientation and devices (for instance, Nexus 6P, iPhone 12, etc.). Also, this tool has a desktop tool that’s currently in beta, and tests can be run on emulators on it too.

Price: Custom plan; get in touch with Mabl for a quote