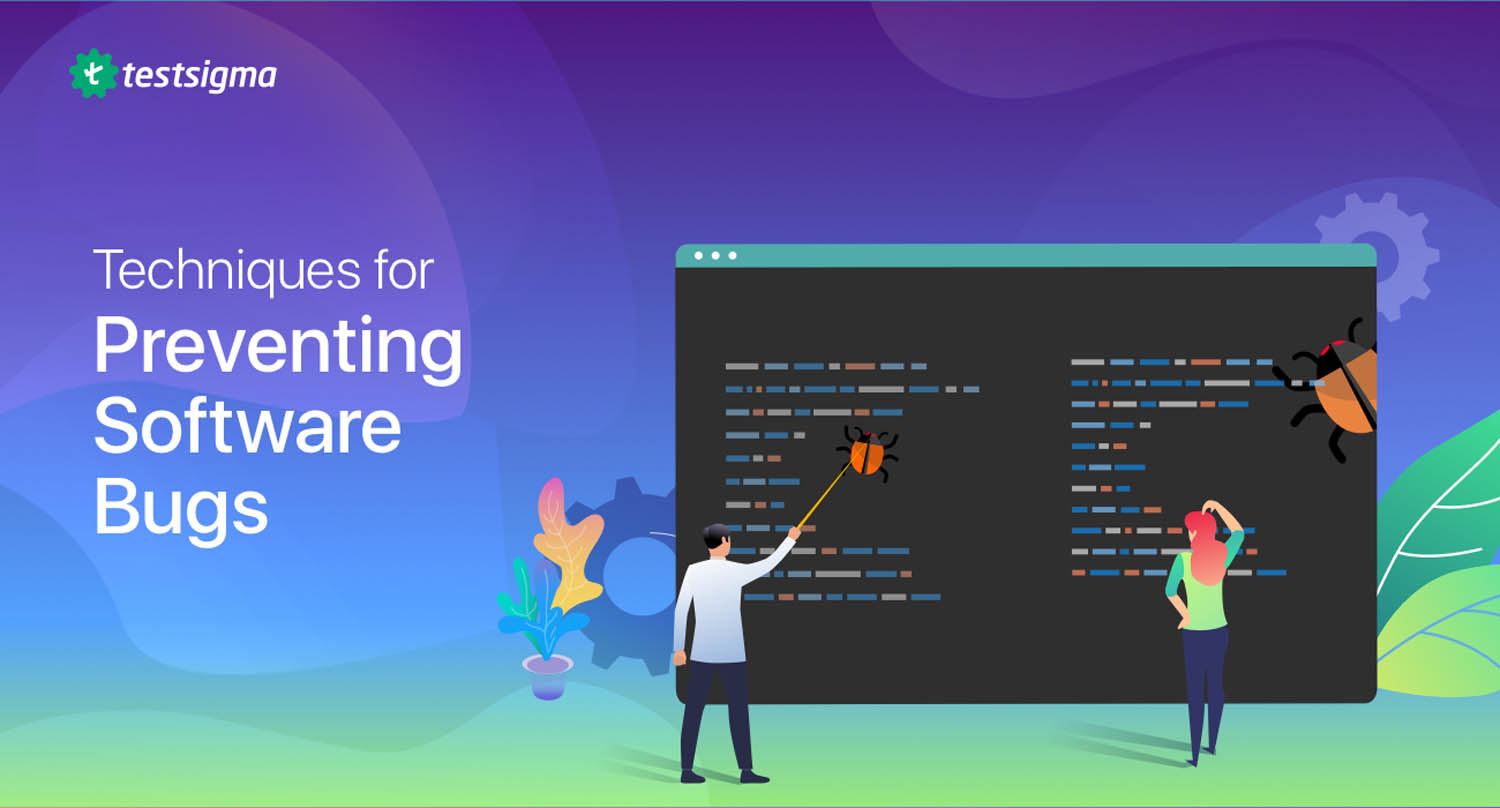 Creating a bug-free software is hard, to the extent that it seems like a myth. Bugs in software represent the discrepancy between the expected and actual behaviour of the software. Although it’s unrealistic to make software bug-free, efforts can surely be made to minimize the number of bugs in software through various prevention and detection techniques.

Let us discuss the major types of software bugs, factors causing them, and how to prevent them.

Software bugs can be broadly classified into 3 major categories:

Bugs introduced during the implementation of software can be classified as implementation bugs. These bugs don’t exist in the requirements and design phases of the software but get introduced when the corresponding specifications are implemented in the code. Therefore, these can also be termed as coding bugs.

These are the most common types of bugs prevailing in software and can be prevented to a large extent.

If a naive developer, who doesn’t know about standard security guidelines and practices followed in software products, is tasked with implementing the specification and he/she unknowingly goes ahead and implements the behaviour as mentioned in the specification, then the bug occurring here is a specification bug.

Such bugs, if not caught early, can impact the product development cycle.

Bugs that get introduced in the software because workflows and use-cases related to them were not considered during the creation of specifications can be termed absent specification bugs. These are the bugs that arise because nobody thought they could happen or would be needed when the specifications were created.

For example, the specification for a website doesn’t talk about supporting HTTPS. Therefore, it is assumed that HTTPS support is not needed for the website.

Security vulnerabilities in products are a classic example of such bugs. The security aspect is generally not considered during the initial phases of product specifications and may get missed in later phases until someone starts seeing the associated risks and raises alarm.

What Causes Bugs in Software?

Following are some of the common factors which cause software bugs:

i. Teams are working with large and complex codebases of legacy products.

ii. Teams are working in a disjoint manner such that they are not aware of how the modules they are working on may impact each other

iii. Product design is not clean enough to avoid side-effects in the code.

Whatever be the reason, regressions/injections pose serious challenges to the quality of a product and surely need to be prevented.

If the software has not been thoroughly tested during its development cycle, there is an increased likelihood of bugs being left undiscovered in the product. These bugs would eventually be discovered by the end-users, raising concerns about the quality of the product.

This lapse in testing could be due to various reasons such as:

i. Lack of appropriate testing procedures for the product.

ii. Shortage of experienced testers in the team.

iii. Lack of time and resources needed for testing.

These bugs can surely be prevented from reaching the end-users by addressing the factors leading to inadequate testing.

These gaps in specifications can give way to miscommunication, assumptions, and conflicts leading to bugs. If some scenarios were not considered during creating a specification, expected behaviours for these scenarios would also be missing in the specification.

This lack of information in the specification creates the opportunity for the development team to make assumptions regarding the expected behaviour for these scenarios.

As assumptions are the first step on the path that leads to the difference between the expected and actual behaviour of a product, new bugs can get introduced in the product.

Since development teams working on implementing these specifications may only refer to the sections relevant to them, such conflicts may be hard to catch early paving the way for bugs.

Not considering scenarios that can impact the product later reflect poor planning. Such lapse in planning could also be due to a lack of relevant expertise in the team.

For example, if there is no security expertise in the team, it’s easy to miss on the planning of security-related efforts.

Improper planning may result in a lack of crucial components/modules in a  product which may put the whole product at risk later.

How can Software Bugs be Prevented?

Following are a few techniques that can help in preventing software bugs:

If tests are created before the feature/product, the likelihood of a feature/product reaching its end-users untested is greatly reduced. TDD can serve as a powerful technique to prevent bugs arising due to inadequate testing.

CICT emphasizes that every code change integrated into the central code repository should be automatically tested with predefined test cases. Thus, continuous testing is possible only when automated testing is implemented and integrated with CI/CD system.

To achieve CICT for a product, it is crucial that the test automation system is integrated with the build system of the product.

Having a CICT pipeline for the product makes sure that any regressions/injections in the product are caught as soon as they are introduced. This saves a lot of time and effort that is otherwise spent in tracking down the changes that caused the regression/injection.

BDD encourages the use of a Domain Specific Language (DSL) for communication between and within teams. Using DSL helps in reducing miscommunication among stakeholders.

When BDD is used, tests can be created in a simple text language like English which makes it easy for everyone in the team to participate in creating and reviewing tests without getting into the nitty-gritty of code syntax.

This flexibility and transparency in creating and reviewing test cases can help a lot in reducing bugs occurring due to communication gaps between and within teams.

As the scope for the product evolves, so do specifications related to it. The dedicated effort may be required to review and track the updates happening in specifications. Early catching of any updates in the specifications which may lead to a potential conflict, can help in preventing bugs later in the implementation of the product.

Open and clear communication among teams and team members can help a lot in highlighting absent/conflicting scenarios in specifications. If every team member is encouraged to communicate about use-cases or scenarios that they think are missing/conflicting in the specification then, such issues can be identified much quickly and early.

Encouraging teams to seek inputs from relevant stakeholders and brainstorm for the possible expected behaviours in cases of missing/conflicting specifications can help in reducing bugs arising out of assumptions made for implementation.

Why are not all Software Bugs Preventable?

Despite various prevention techniques available, bugs still find their way in products. There can be multiple factors for this, such as:

At times, you might need to choose between preventing bugs and evolving the product for new user groups, technologies and business domains.

With limited resources at hand, prioritizing bug prevention over new product features and updates may not always be a good business decision.

Unless the bugs in the product make it really hard to use from a performance and stability perspective, users understand that bugs do exist in software and a bug-free software is not a realistic expectation.

Some of the bug prevention techniques might not work for you depending on your team structure and dynamics.

If a critical bug in the product has made its way to the end-user, you know it’s not the end of the world and there is an option to provide a patch release or an early next release.

It is always good to prevent bugs whenever possible. It saves a lot of time and effort later. But as discussed above, despite best efforts, some bugs might still find their way in the product. And it’s alright as long as these bugs don’t threaten user loyalty of the product.

A software with lots of features but poor stability and performance is as useless as a stable and highly performant software that doesn’t have enough features to achieve user workflows. To choose between preventing bugs and adding more features to the product, you need to find the right balance between the two.