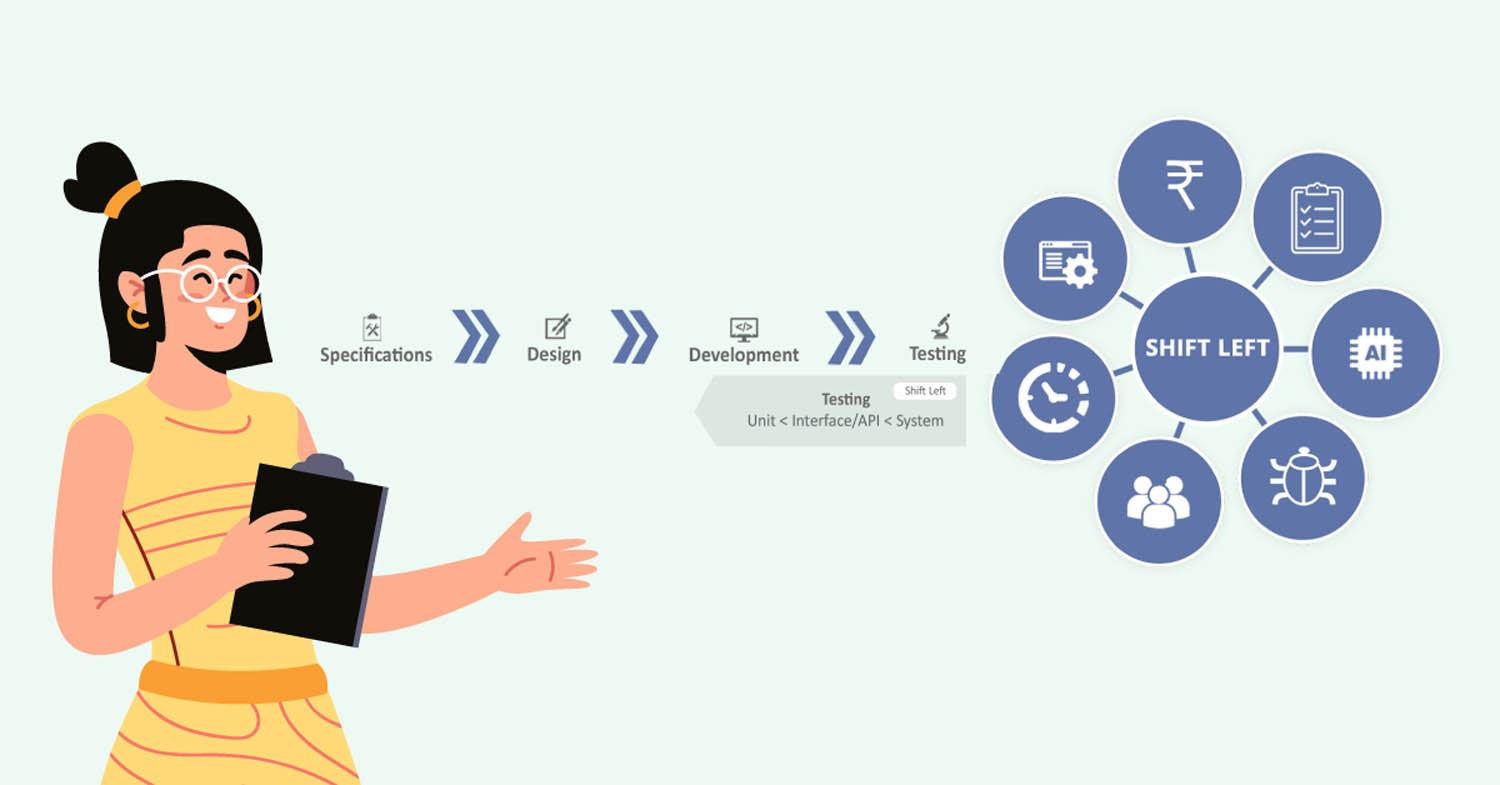 Shift Left Testing: Some tools that can help

The Shift Left testing approach is not a new term. Across the globe, more and more organizations are shifting left for various reasons. It’s also regarded as a culture as it allows businesses to instil collaborative work efforts and launch products into the market faster.

This testing approach expedites testing and helps detect bugs in the early stages of development. For teams with a heavy focus on faster time to market and continuous integrations — Shift Left is the way forward.

Shift Left is a testing approach where testing begins right from the software development phase. Testers work in tandem with developers and product managers in this testing process to focus on the overall efficiency of the product.

Since the team works towards a common goal, Shift Left allows teams to shift the testing process left during a project timeline and test whenever required to detect and deal with any concerns or bugs in the early phases. With this, you are not just cutting down risks but also time and costs.

Besides, with the growth of CI and CD, it makes more sense to test out the features or any aspects of the software rather than waiting for the final stages.

Without the right testing tools, we cannot fully achieve any desired testing approach. In this post, we’ll discuss the testing tools for adopting Shift Left and why you should choose them.

Before we proceed, check out our post: is your automation testing tool Shift Left ready?

1. Testsigma: Testsigma is an AI-powered automation testing tool that supports the Shift Left approach. The benefit of using Testsigma is it allows you to write test cases right from the design phase. So, whether your features are conclusive or not — you can start working on your testing approach even without the availability of the application or software.

You can write your test scripts in simple English as it’s a codeless testing tool; your test scripts are translated into code by its NLP capabilities. It supports CI/CD integrations with tools such as Bamboo, Jenkins, GitLab, CircleCI, and so on.

Besides, it’s a cloud-based tool that aids remote team collaboration, which is highly crucial for Shift Left. Since the cloud is up and running 24×7, your teams can access the application from any location, any time.

Plus, it comes with thousands of real-time devices on its cloud, with various OS-browser combinations for you to run tests on.

Price: Quite affordable; it begins at $99

You can start testing from the design phase itself; Sauce Labs lets you test individual UI components for faster testing, and this also cuts down feedback cycles. You can also gain frontend performance insights much before the software goes live.

Sauce Labs emphasizes in-sprint testing to focus on the entire software journey and product efficiency and calls itself a customer-centric product. Apart from real devices, it comes with emulators and iOS simulators in its cloud.

3. TestLeft: As the name suggests, SmartBear’s TestLift is specifically made for Shift Left testing. With this tool, you can start testing right from the design phase; as soon as the UI features are ready, you can automate your tests.

It supports Visual Studio and Java IDEs such as IntelliJ and Eclipse and lets you develop apps from within the IDE, itself. Besides, it can be integrated with CI/CD tools, and it supports behaviour-driven development.

4. Ranorex Studio Great for beginners and experienced testers — Ranorex is a codeless test automation tool that supports Shift Left. It can be easily integrated with a range of DevOps tools, and it supports tech stacks such as .NET, C#, HTML5, Java, etc.

With Ranorex, you can start testing GUI elements as soon as they’re ready or even user code modules. You can add your Ranorex tests to the CI/CD pipeline too.

5. Katalon: Katalon Studio is a test automation tool that is particularly built for continuous testing. It can be seamlessly integrated with a range of CI/CD tools, and you can start testing from day one with all the ready-made templates, test case libraries, keywords, and object repositories that Katalon has to offer.

Although it’s a codeless testing tool that’s great for beginners, it offers extensive script extension and customization for experts. Using Katalon, you can test with little knowledge of the app.

With its JIRA integration, anyone on the team (no technical skills required) can fetch requirements from Jira to BDD files, which are integrated into Katalon Studio already.

Those were the five best tools that can help you adopt Shift Left culture in your organization. Let us know which one caught your interest.