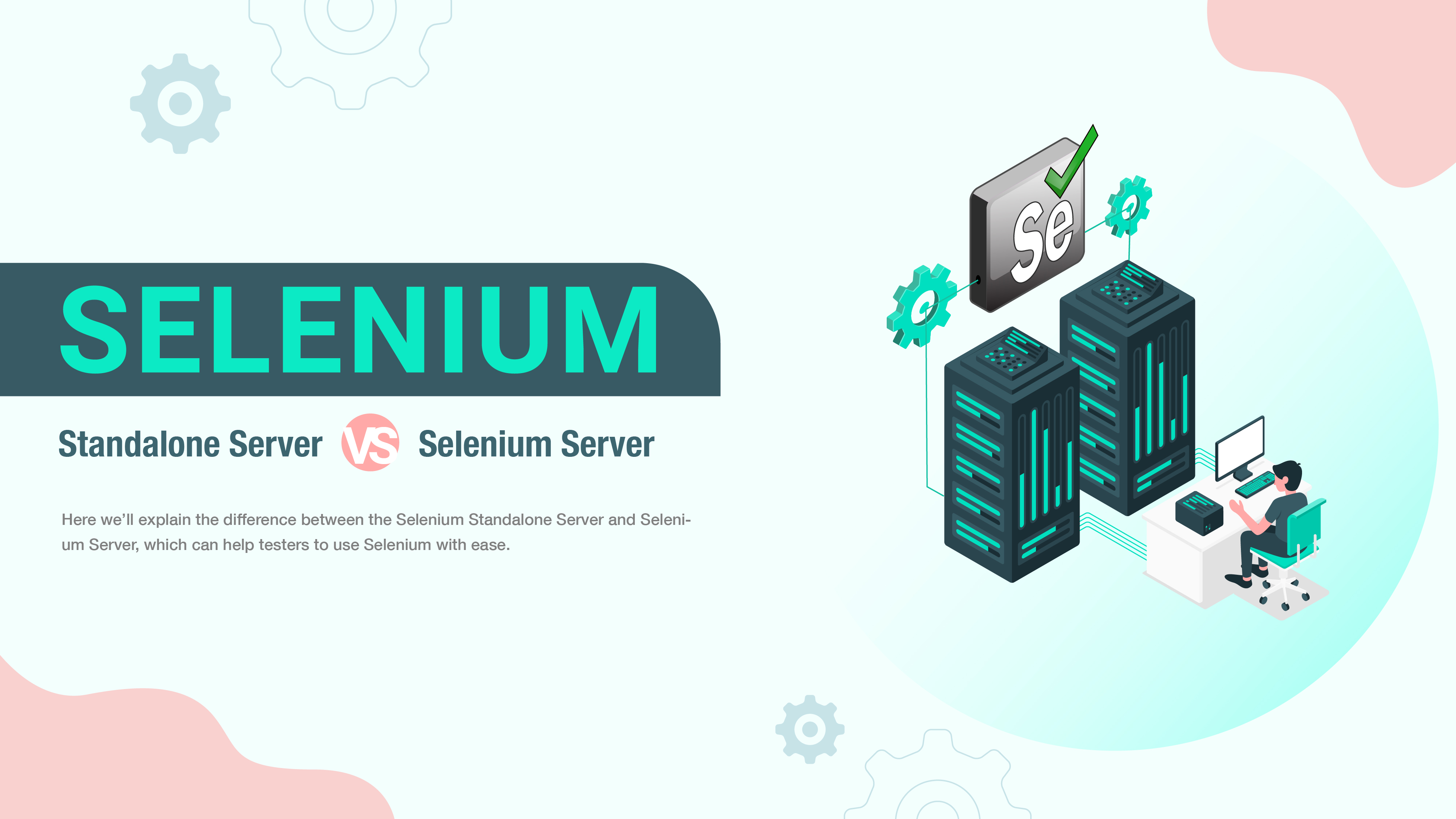 To understand the difference between the Selenium Standalone server and the Selenium server, we need to go back to the Selenium history. Released in 2002, Selenium is an open-source tool, shipped with Apache Open Source License 2.0. Since web technologies have undergone many changes, automation frameworks like Selenium also had to go through changes.

Selenium framework is designed in such a way that programming language should not be a barrier to testers as it supports Java, JavaScript, Python, C#, etc.

Many are confused that WebDriver API is a Selenium, but WebDriver is one of its components. Selenium has multiple components such as Selenium IDE, Selenium Grid, Selenium WebDriver, etc. As Selenium is the most flexible automation framework, it provides support to local execution, remote execution, and recording of the scripts.

The current Selenium version is 4.x. As mentioned earlier, Selenium has undergone many changes whenever it is upgraded to a major version like 1.x, 2.x, etc. With Selenium 4.0, there is no such confusion between Selenium Server and Selenium Standalone server. The only executable server jar available is Selenium Grid.

This article provides concrete and definite answers to the question: Difference between the Selenium Standalone server and the Selenium server.

What is Selenium Server?

Selenium RC was the initial and core Selenium project even before Selenium WebDriver started. The Selenium RC is deprecated and no longer supported. But to understand the difference and arrive at a definite conclusion, you need to explore the history of Selenium Versions.

Client libraries in Selenium were used as the interface between each programming language and the Selenium RC Server.

Since the Selenium Server is in context, it existed in Selenium RC, which was the initial version of Selenium. The Selenium Server was one of the key components in Selenium RC. It receives Selenium commands from the test program, interprets, and reports back to your program; the results of running those tests, and tests are then marked as pass or fail.

The DefaultSelenium was part of package com.thoughtworks.Selenium in Selenium RC which was used for Initialising the Selenium.

Selenium 2.x introduced the Selenium WebDriver API, which removed the complexity of the Selenium RC server. In Selenium RC, the Selenium Server was the mediator between the Selenese command and the browser. The WebDriver was built with new architecture, it does the job similar to Server (not the same); however, WebDriver is not a server. WebDriver makes use of native events to interact with a web page.

Before we explore about Selenium Standalone Server, let’s conclude the Selenium Server

Why is Selenium Server/Selenium RC deprecated?

The Selenium Server/RC had limitations, so the Selenium team decided to introduce a WebDriver and bring the changes to the architectural level.

Some of the challenges with Selenium Server/RC:

What is Selenium Standalone Server?

Replacing Selenium Server with Selenium WebDriver solved the problem of local execution. Using WebDriver, you do not need to start the Selenium Server as WebDriver communicates to the browser directly without starting the server. However, there are some use cases where you need to use the server. Some common scenarios are

The Selenium Grid 3 had Hub and Node architecture, where the hub was a central system to communicate with the Nodes. The Node was the system where the actual browser runs.

The Selenium 4 Standalone Server or simply Selenium Server (in Selenium 4)  has the above architecture.

Router: Entry point of Grid, receives all external requests and forwards to Node with the help of Session map and Session Queue.

Distributor: It keeps all the Node details,  such as a list of browsers, available node slots, etc.

Node: Node is the place where the actual browser exists. Each grid can have multiple Nodes. The distributor will have every Node’s information along with its capabilities. The Node’s responsibility is just to execute the commands. It doesn’t make any judgments; it simply executes the command received.

When to Use Selenium Standalone server/Grid

Though Selenium is the most popular automation framework, it requires a deep level of technical expertise. Today, there are many test automation frameworks such as Playwright, Cypress, TestCafe, WebDriverIO, etc. One of the major challenges that you and your organization face is skillset. You’ll have to learn a new API and architecture whenever you switch to a new testing framework.

Challenges of Selenium and other Test Automation Framework

With all these difficulties, achieving a quality product is a nightmare. Well, Testsigma addresses all these pain points. Imagine writing the test case in plain English, which executes like a charm. Testsigma is an open-source platform that allows you to write tests in simple English.

Unlike Selenium, Testsigma doesn’t require any complicated setup or infrastructure management. The tests can be recorded, or you can even write your own; same tests can be executed on 800+ browsers.

In addition, Testsigma has a community-driven plugin marketplace where you can easily hook any plugins to your test.

Comparing Selenium and Testsigma, Testsigma can save a lot of time and effort. Selenium testers mostly spend time setting up, configuring, and debugging issues by losing the main focus of writing the automation scripts. Testsigma, on the other hand, takes all those burdens and complications of configuration and setup, enabling testers to focus on their automation script and execution happily.