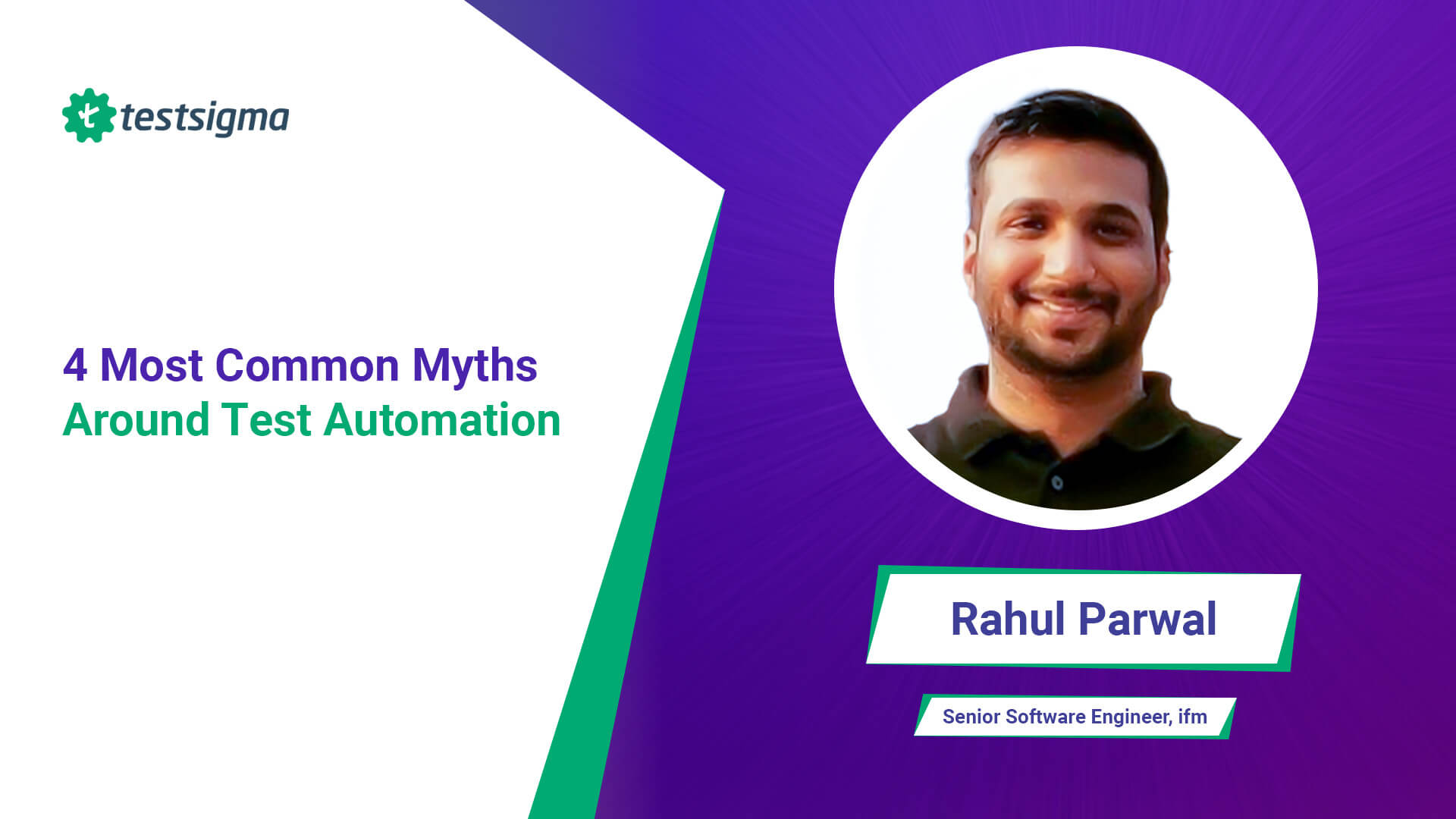 4 Most Common Myths Around Test Automation

A common theme among most software testing organizations is their escalating interest in Test Automation. While test automation has grown in popularity, there are still many myths and biases surrounding it. Such myths can unknowingly create a self-limiting boundary and negatively impact the possibilities of test automation.

Note: “!=” operator has been used throughout this article to denote inequality. If you are not familiar with this operator, please read it as “not equal to”.

Automated testing is often viewed as executing tests. However, this is one of the most common misconceptions. Automation is defined by Wikipedia as a wide range of technologies that reduce human involvement in processes. It is often the execution of tests that consumes the largest portion of the overall testing phase. Automating this phase can certainly save a great deal of time.

However, Test Automation goes beyond Test Execution. Test Automation covers a broad range of possibilities. At each step of the testing lifecycle, there are a number of activities where test automation can reduce human effort. Here are some examples:

“Just because you’ve counted all the trees doesn’t mean you’ve seen the forest.”

“No-code is the first most accessible step of web and software development. lt allows anyone to create software, visually, without writing code”

Well, the myths don’t end here. Test Automation is associated with countless other myths. Here are a few popular ones:

“Everything really interesting that happens in software projects, eventually comes down to people.”

For all our visual readers, I have summarized this entire article in the form of this mind map. Check this out here:

Hopefully, this article has given you an idea of the various possibilities and opportunities you can explore if you are interested in test automation. These ideas are often overlooked amidst myths, biases, and unrealistic expectations surrounding test automation. It’s always a good idea to explore and consider possibilities that may work for your context.