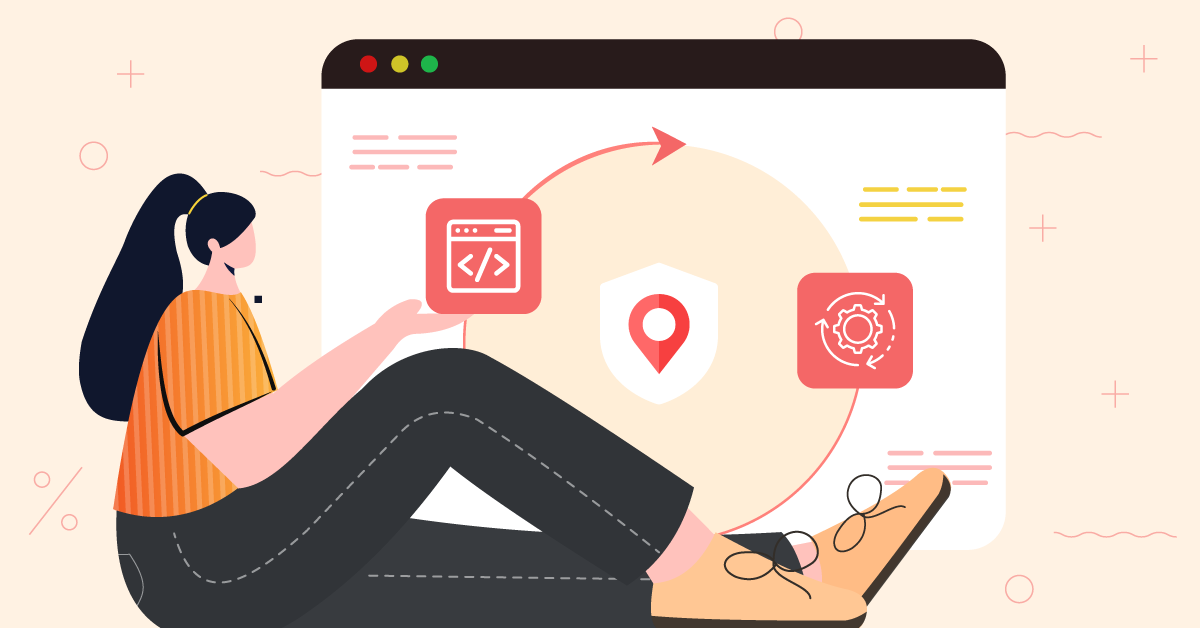 Geolocation Testing: How Can I Test My Website in Different Locations?

A few years back, I gave my friend a keyword to search on Google and asked him to open the third link that pops up in the results. After five minutes of confusion, I realized we are not talking about the same website and even though the keyword was the same, the results appeared in a different order.

This urged me to check out the support page of Google and find out this written on it, “When you search on Google, your results are customized to your current region.” Digging more into these new revelations, I found out almost everything that we see gets customized according to the region I am in! Even Netflix’s movie listing changes as we change the region.

This is not a magical spin a website goes through but a carefully crafted and then tested code which is more important than we think! Geolocation website testing, or testing our website through various locations, tests it as if we are opening them in different regions of the world.

Geolocation word comes by combining two words: “geography” and “location”. Identifying the current geographical location of a person with the help of an electronic device often comes under geolocation.

Geolocation has proved to be of high importance especially since the market has seen a sudden surge in internet-connected devices. Some companies such as Uber depend completely on just geolocation by making use of GPS or Google Maps which is another famous application that is based on geolocation.
From safety, security to customizations – geolocation is in our lives every day. With these arguments, it is quite evident that if so many applications depend on geolocation, then geolocation testing would be of high priority. Or is it?

What is Geolocation Testing and its Importance?

Geolocation testing is the testing of an application for various geographical locations. The lines on the map of the world are more than just boundaries. A lot of the things remain the same but a lot of the things change too.

The rules are not consistent throughout the world and as a web developer, we need to ensure that we adhere to them and our client does not get into legal problems.

While adhering to the rules – there might be a scenario where an application depends completely on the geolocation. Geolocation testing, therefore, becomes important – to ensure that all such scenarios are executed properly.

A food delivery application, for example, will start generating negative reviews and revenues when the restaurants are shown that are hundreds of miles away.

There can be a long list of such scenarios and therefore, to summarise, we can point down the following larger domains which exhibit the importance of geolocation testing:

Apart from this, obviously, there can be hundreds of use cases that use geolocation today and hence require geolocation testing. Geolocation testing should be done carefully and is a huge risk to ignore as a single simple bug in a geolocation-based transaction can produce the wrong result without the user realizing it.

How to Perform Geolocation Testing?

1.Gathering People Around the World

The most tiresome and complex method to perform geolocation testing is to use the application from multiple locations for real. Although travelling yourself would not be a great idea, contacting like-minded people can help. A great tool for this can be GitHub.

Through GitHub, testers can be contacted who can download and test your application from various parts of the world. It takes time and is a hectic job. In addition, there are crowd testing platforms like utest and testlio too that can be leveraged here. Also, the biggest disadvantage could be trusting people you do not know and providing them confidential information (such as source code) which can be misused.

A simpler method is to just install and use a VPN to change our current location. VPNs do not need any introduction today. They are used exhaustively in various domains such as in organizations to create a secure network or by people to change their server location to play a game banned in your current region.

But VPNs are not super efficient and sometimes third-party applications (from which you might be fetching the data) recognize and block the VPN usage. This can cause a bit of hindrance in testing.

These automated geolocation tests can be combined with a variety of other testing paradigms such as end-to-end regression to simulate a complete test environment in a single place.

Geo testing on the web application requires setting a few capabilities on Testsigma. These are as follows:

Geolocation testing on iOS devices can be directly done by setting the timezone in the device settings. Use the NLP “Tap on UI identifier” to write three steps and change the timezone of the device to mock the location as if the application is operated from that time zone.

Geolocation testing on the android native application can be done by setting the browserstack.timezone capability.

Apart from the above-mentioned methods, you can also perform geo-location testing while using an Android emulator and third-party plugins.

There are a number of tools that can help you perform geo-location testing on a variety of devices. The popular ones are described below:

Testsigma – an online cloud-based test automation tool, that performs geolocation testing and cross-browser testing – comes with a lot of other features too. Testsigma comes with a series of desire capabilities that can be applied while constructing the test cases.

The tool uses English-based language and natural language processing for easier test construction and quicker results. The step-wise process to follow while performing geolocation testing has been described in the above sections.

Google chrome is already equipped with geolocation features and the testers can change the location from the developer tools section to anyone in the given list using chrome location changer.

To change the location in Google Chrome, press Ctrl + Shift + P (Cmd + Shift +P). Type “Sensors” to open up the sensors list from which you have to select “Geolocation”. In Geolocation, a list will open up to choose a location from.

Geolocation testing today stands on similar priorities as other types of testing. The simple reason being that the application would be of no use if it does not communicate with the user in their language and according to their preferences. On top of it, geolocation testing also makes sure that the application abides by the regional laws and fetches the most relevant results for the user.

Whether we notice it or not, we involve geolocation in our day-to-day lives and sometimes for the whole day (such as Google Maps). With such a high relevance, we require a high-performance tool that can make sure that everything works smoothly after the application is released to the user.

Such methods and tools are described in this post among which the user can choose any of the ones according to their requirements and convenience. The recommended method, however, is to use the cloud-based tool that can provide accurate locations and other additional features that would be difficult to mimic while testing manually.

Hope this post helps you in your next project which has geolocation features and modules depending on it. You can comment on your experiences and suggestion in the comment section below. Till then, happy testing!

How to Allow Geolocation in Chrome?

To enable geolocation in Chrome, do the following:

And then, under location, select the one you want to be your default setting.

What’s My Geolocation? How to Find it?

You can find your local geographic location by navigating to any public map services and clicking on the current location option; this location can be changed. However, IP geolocation cannot be changed since it is a designated number of device hardware you are accessing from.

How do You do Location-Based Testing?

With the help of automation tools like Testigma, you can test locations for your website/app. To know more about how to perform location-based testing, refer to “How to Perform Geolocation Testing?” above.

How Can I Test My Website in Different Locations?

By changing the location in Google Chrome and clicking Ctrl + Shift + P (Cmd + Shift +P), you may manually test your website in multiple locales. Type “Sensors” to open the sensors list, from which you must select “Geolocation.” Geolocation will open a list from which you can select a location.

Alternatively, you can smartly automate your location testing utilizing testing tools such as Testsigma and test effectively using real devices.

What Technique is Used for Geolocation?

There are three techniques used by Geolocation:

What are Geolocation Tools?

There are many geolocation tools available, both open-source and cloud-based. Testsigma is one such intellect tool that aids you with a set of desired capabilities that can be used while building the test cases for more accessible test construction and faster results. The tool employs English-based language and natural language processing.

What is the Difference Between Geolocation and GPS?

Geolocation refers to location technologies such as GPS or IP addresses that are used to identify and track the whereabouts of linked electronic devices.

What is the Difference Between Geolocation and Location?

Geolocation refers to the exact location of the person or device.