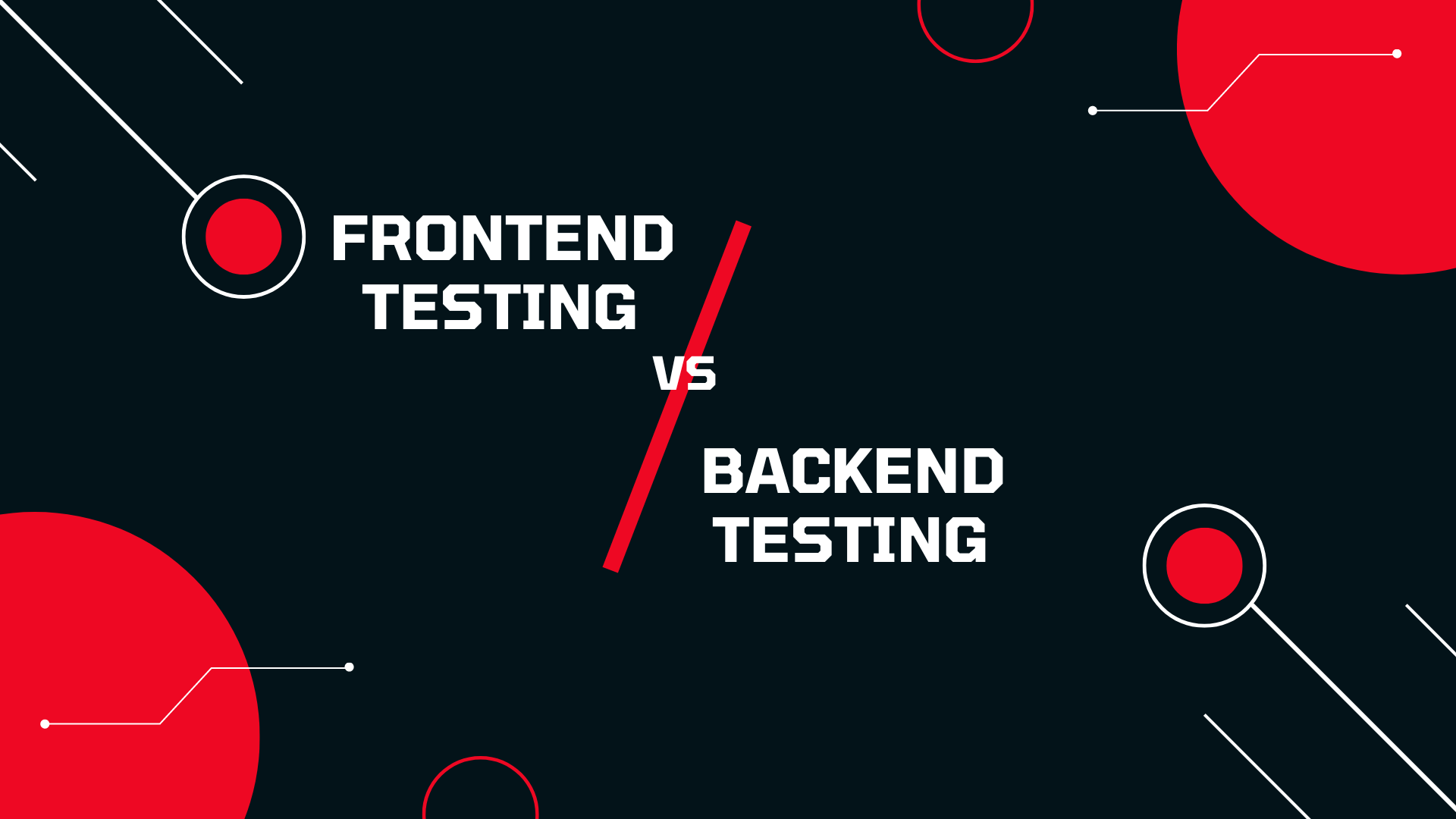 What is Frontend Testing?

A well-driven frontend testing makes your product bug free and ensures the user will get a great user experience.

What are the types of frontend testing

In frontend testing, different types of testing methods participate in different layers of testing; for example- unit testing is performed in the initial phase of software development of the life cycle, then component testing and integration testing are done.

That to say, frontend testing of an application involves performing various types of testing on the subject application; some of the frequently performed test types are listed below:

Unit Testing: Unit testing is the process of testing the individual units of software, i.e., a function, module, method, or class, in isolation. It helps to catch the bug issue early in the development and reduces the cost. It also enables code reusability. You can migrate both your code and test into a new project quickly.

How to Create a Frontend Testing Plan?

A testing plan is nothing but planning at the beginning of your testing cycle. Generally, a testing plan is created per the project requirement, but some actions in the testing plan are everywhere. When creating a frontend test plan, you should remember the following points:

As we have seen above, selecting a good tool is essential in testing; let’s discuss some of the capable, flexible, and powerful tools in the market that can help with your application frontend testing.

What are some frontend Testing Tools?

There are two types of testing tools: the developer-focused tool, and the low code no code tools that require little or no coding knowledge. If you are not from a developer background or have little understanding of coding, choose no code low code GUI(graphical user interface) based tools for the frontend testing.

There are too many available tools in the market, and I am listing down below some of the best, which are capable and powerful enough automation tools:

What is Back-end Testing?

Backend testing is white box testing. It ensures an application’s database and server-side functionality are working as intended. For example, testing whether a user can log in after signing in will come under the backend testing.

These are the following types of testing done in the backend testing:

How to Create the back end testing plan?

A test plan reminds you to run the all-important test operations and ensure you do not forget to run any test. These are some points that you should keep in your mind creating a backend testing plan:

What are the backend Testing Tools?

Tools are abundant in the market, but these are some best ones out there to test your application backend:

Testsigma: Testsigma is an open-source and cloud-based test automation tool; by using it, you can test the front end as well as the back end of your application. You can perform various backend testing like structure, functional, and non-functional testing.

Data Factory: You can use the Data factory to create an automated workflow to perform data-driven test cases using your database as a data source. It provides a programmatic UI for ease of testing.

Data Generator: Using Data Generator, you can generate any data row and schema objects per your backend testing requirement.