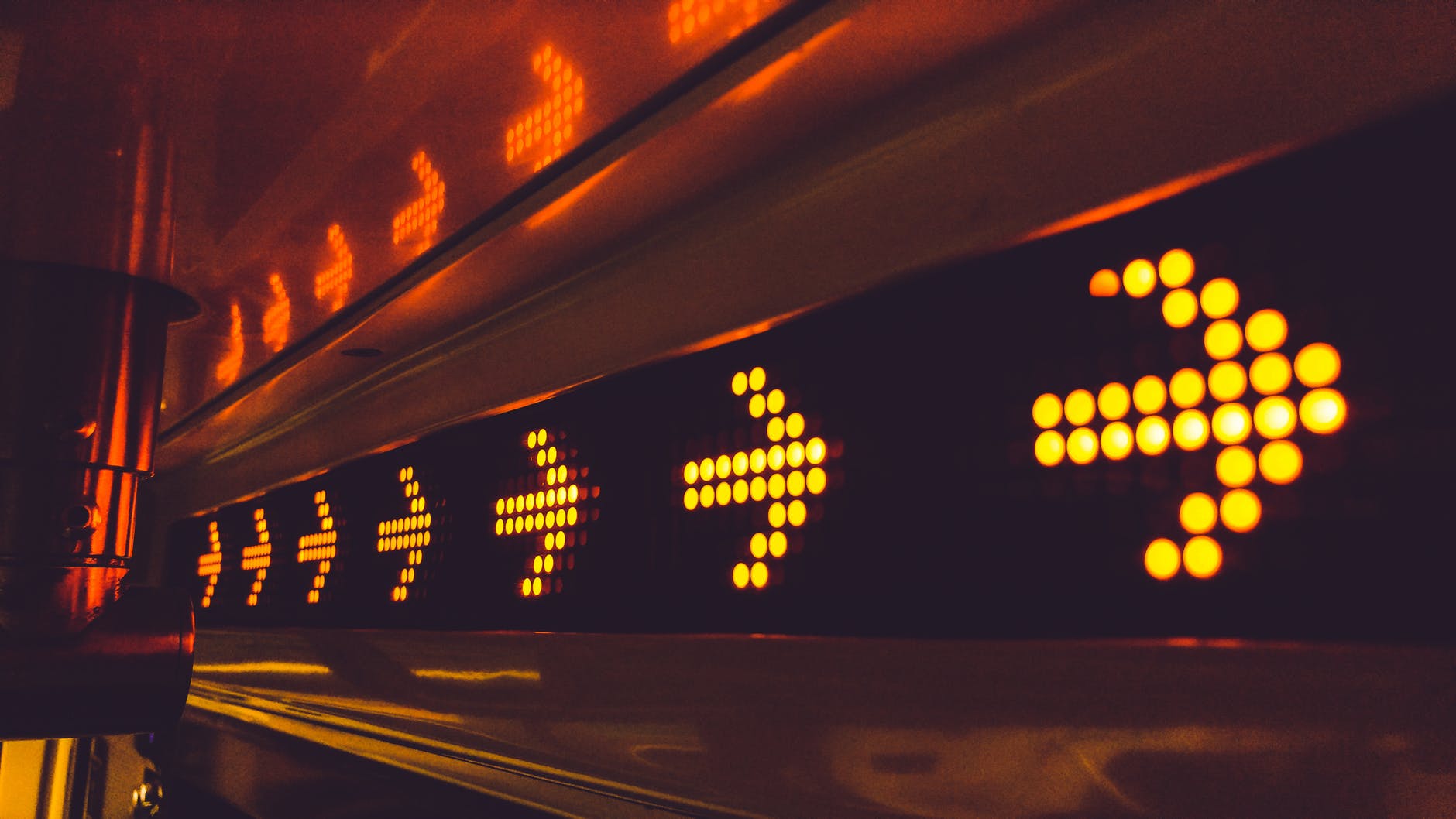 Continuous Testing at the Speed of Agile and DevOps

“DevOps” is a practice that puts together an organization’s processes, tools, and teams to deliver new builds into production as rapidly as possible that increases an organization’s ability to deliver applications and services at speed, referred to as DevOps speed. This delivery of software at DevOps speed is with absolutely no compromise on the quality.

The builds committed by developers are continuously tested every time before release. These short releases that are often tested ensure that there is better quality and a better test coverage with less or no defects.

An automated deployment pipeline is a must to test and release the software updates continuously with absolute reliability in the current past-faced Agile and DevOps.

Everything related to DevOps is associated with the term continuous.
Continuity of each process in the application development cycle and continuous feedback are the main aspects of DevOps.

Continuous Integration/Continuous delivery/Continuous Testing and as a result, continuous feedback are key enablers of DevOps.

Automated Continuous Testing with a Shift Left approach play an important role in DevOps and reduces the gap between dev complete and test complete.

Continuous Testing is the process of executing automated tests as part of the software delivery pipeline to obtain immediate feedback on the execution results and business risks associated with a software release candidate.

Continuous Testing is at its best when software is tested as often as possible, from early on in the application development cycle continuing through release.

Continuous Testing allows teams to systematically test software at the speed of Agile and DevOps; reduce the time and effort it takes to obtain realistic and accurate test results, minimize test maintenance and reduce the occurence of false positives.

“The concept of Continuous Testing was originally proposed as a way of reducing waiting time for feedback to developers by introducing development environment-triggered tests as well as more traditional developer/tester-triggered tests.”

For Continuous Testing, the scope of testing extends from validating bottom-up requirements or user stories to assessing the system requirements associated with overarching business goals.

The business risk for a failure in the production is huge, hence getting things right every time is an absolute requirement in today’s competitive business environment.

Today’s highly volatile and rapidly evolving businesses demand that companies adopt Agile and DevOps approaches to launch software products. Companies which follow the best practices of Agile and DevOps will have strategic advantage than the rest.

where everything needs to be formally documented and pre-planned which is why it is not well suited for changing business requirements unlike Continuous Testing.

From Passed or Failed and Yes or No

Along with the speed of delivery, the reliability and immediate feedback from cross-functional teams play an important role in continuous testing to help improve the quality of software.

In the Continuous Delivery process, every software change is a release candidate that continuously undergoes Testing before deployment.

There wouldn’t be much time to scrutinize the test automation results, instead it would be time saving and easier to quickly identify if the continuous testing platform could give a Yes or No automatically to decide if the release candidate is safe to proceed further in the delivery pipeline.

Additionally, if instead of simple Passed/Failed results of test automation, a platform that can analyze the business risk associated with test failures and be able to say Yes or No to allow your “release candidate” to move forward in the delivery pipeline automatically with actionable results will help analyze and debug cryptic failures.

These results can not just help identify potential failures upfront but automatically fix them and suggest those areas that might as well be affected.

The decision of Yes or No depends not just on the user acceptance tests. Along with validating the functional requirements, we need to asses the system requirements, achieve maximum coverage and assess the performance automatically to ensure an uninterrupted existing user experience while adding new features.

Before we flag a Yes or No to a release candidate, the platform should perform all necessary checks automatically to ensure the quality of the release.

Continuous Testing is the process of executing automated tests continuously as part of the software delivery pipeline. An end to end test automation strategy will enable companies to test early, test often and fast at every stage of the application development life cycle helping developers to release software faster into the market.

In the Continuous Delivery process, every software change is a release candidate that is continuously moving from Development to Testing until Deployment.

To achieve Continuous Testing, automated testing must be integrated at the initial stages of Development and not when the product is fully developed and not prior to release.

Every automated commit to the code base should be pushed automatically and the results reported back to the developers almost instantly to help decide if a release candidate is okay or too risky to be delivered while providing fast repetitive feedback associated with each release candidate.

Check out the key enablers of Continuous Testing.

What to expect in the next-generation continuous testing platform

The goal of Agile and DevOps practices is to close the gap of development through delivery activities in fulfilment of the business activities through an automated continuous development, testing and delivery.

Continuous testing should not just include automated testing but the ability to handle the test data generated at runtime to validate the real user scenarios; simulate reliable user environments continuously and also the ability to generate/simulate the right data sets for tests, being able to start testing early and run continuously.

In addition to validating new requirements by adding improvisations in the continuous regression suites, it is equally important to verify the impact on user experience and analyze the business risk associated in case of failure.

In the fast-paced delivery cycles, the ability to create clearly defined continuous regression test suites are important to assess the possible risk of a release candidate automatically.

This helps to understand the impact of change with the addition of a new functionality or a change in the overall system.

Once the automated tests are placed in the right regression suites that clearly defines the business objectives and business risks associated, it helps you understand the impact of change when you say Yes or No to the release candidate.

Continuous Testing at the Speed of Agile and DevOps using Testsigma

Rapid releases of working software help in gathering user feedback early and help improve the quality of the end product to a great degree. Any new feature can be released quickly to gain feedback by testing the responsiveness of the end user for quicker resolution of failures.

Automation is not enough to ensure Continuous testing. A combined effort from cross-functional teams is required to collaborate to automate the continuous testing process at DevOps speed.

Testsigma, a unified continuous testing platform is among the best continuous testing tools that supports automated testing for multiple application types and executes numerous complex tests on multiple devices both local and on cloud with different configurations providing a good test coverage and immediate actionable feedback at DevOps speed.

Check out Continuous Testing for Agile and DevOps Using Testsigma.

To be able to meet the speed of DevOps, Testsigma lets you start automating an application alongside development and does not need you to wait depending on the application availability.

With simple natural language based test scripts, even complex use cases can be tested easily without any complex programming in less time, easily.

Test Automation starts at an early stage in Testsigma hence easy and cost effective to fix early bugs thus improve the quality and time to deliver the software.

In addition, there is better collaboration between Functional Testing, Automated Testing and Development teams in identifying and fixing failures early in the development cycle.

Testsigma provides clear actionable results that will help the team fix all issues immediately without much technical effort. The AI identifies other tests which may as well be affected and tries auto-correcting these to some extent thus identifying potential failures upfront, saving execution time and cost.

It is important for organizations to have continuously available real time test environments that can run the automate tests, shorten market release cycles, and lower the cost of development per release to ensure that the application works as intended in production.

Distributing automated tests across multiple test environments can reduce the feedback time considerably and help analyze the build quality faster.
The ability to fetch test data at runtime increases the robustness and flexibility of the tests.

You can also execute your tests on local devices if you do not wish to execute them on the cloud. With any device, it would be easy to test an application in real time in a very less time!

In an Agile environment, developers commit code many times a day. These changes are merged in a shared repository and validated continuously and automatically.

Implementing Continuous Integration is imperative to Continuous Testing to catch bugs as soon as they appear and speeds up the release of software.

Testsigma provides integrations with Continuous Integration tools to test changes as soon as they are available in new builds.

Get quick actionable feedback through comprehensive reports to analyze how your tests are performing in multiple test environments.
You can check each step result with detailed screenshots, videos and text logs and share it among the team to suggest changes.

Testsigma lets you prioritize and organize interdependent automated test suites and the ones that may undergo changes for effective execution in reduced time for better coverage.

Testsigma adopts a simplified and automatic approach with less manual intervention. There are no maintenance or product upgrade tailbacks.

These influence the Return On Investment during test automation. It may take years to see ROI, but with the right automated continuous testing platform, the ROI is instant! This is what Testigma aims at.

Testsigma lets you build, execute and analyze your automated tests right from day one to see a quick Return On Investment with reduced risks immediately.

To ensure both quality and speed, a well built DevOps strategy is necessary and this is exactly what Testsigma offers!