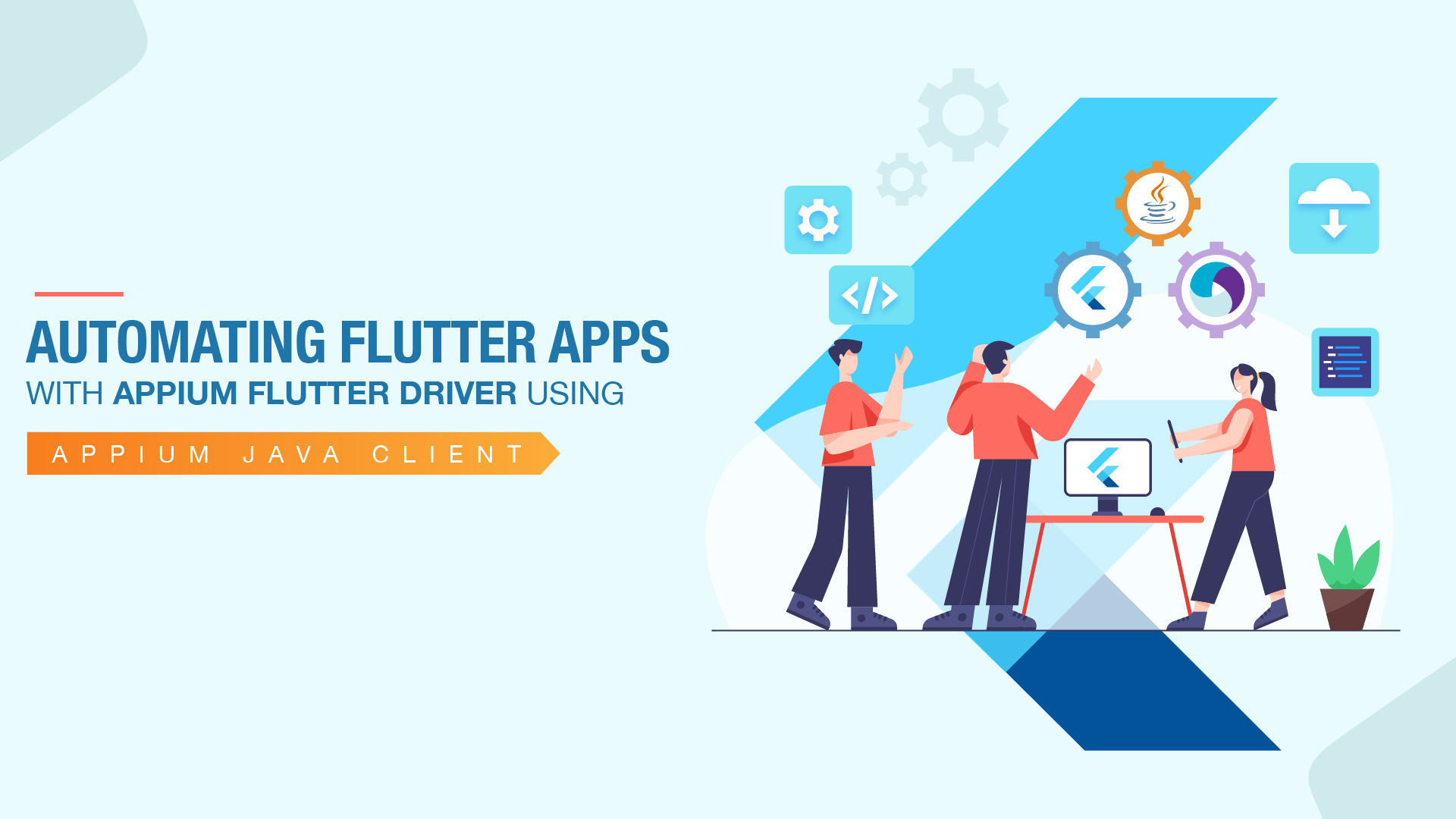 In this blog, I will explain how test automation engineers can start using Appium to automate mobile applications developed using Flutter.

“Appium is a well-known open-source mobile automation framework through which we can automate Android and iOS mobile applications.”

How can we Automate Flutter Apps?

The Appium developer community has created a new driver, appium_flutter_driver.This has enabled test automation engineers to automate flutter-based apps just like how they would automate android and iOS mobile apps.

Appium Set Up and Walkthrough:

I assume you have already set up Appium on your machine.

How to Generate the Jar for Flutter Finder Library:

How to Inspect Elements in the Flutter App?

“Before trying to identify/inspect elements in the flutter app, request you to quickly go through the Introduction to widgets section in the flutter documentation to get an idea of how the UI is basically built out of Widgets.”

Using Flutter Inspector, one can inspect the widgets and try to identify the elements, but it might not be as easy compared to inspecting elements using Appium Inspector. So here is what you can do: take help from the developers to get all the required locators.

Let’s now try to automate the login flow in a flutter app.

After downloading a sample flutter app, we need to do certain prerequisites so that the flutter app becomes feasible to automate.

Browserstack has elaborately mentioned the prerequisites here. You can go through this to complete the pre-requisite and to build the app.

Have added the following dependencies in my pom.xml file

As you can see from the above code, I have created a new object for FlutterFinder class, and with that, I can interact with the elements in the flutter app.

Similarly, you can also run automation on your iOS device as well.

An important point to be considered here is:

For running the automation in Android and iOS mobile applications, AUTOMATION_NAME should be “Flutter”

Can we launch Flutter App in Appium Inspector?

We cannot launch the flutter app in Appium inspector with the automation name: “Flutter,”

But if the app has both native and flutter-based components:

If the app has both native and flutter-based components, here is what you need to do:

So before adopting the appium flutter driver, do thorough research, understand the pros and cons, and then make the call! Happy testing.

Vikraman Ramalingam is a test automation architect at Testsigma and has 9 + years of experience in software testing. He likes to keep himself updated about what is happening in the testing field and, at the same time, shares his knowledge with the testing community via blogs.