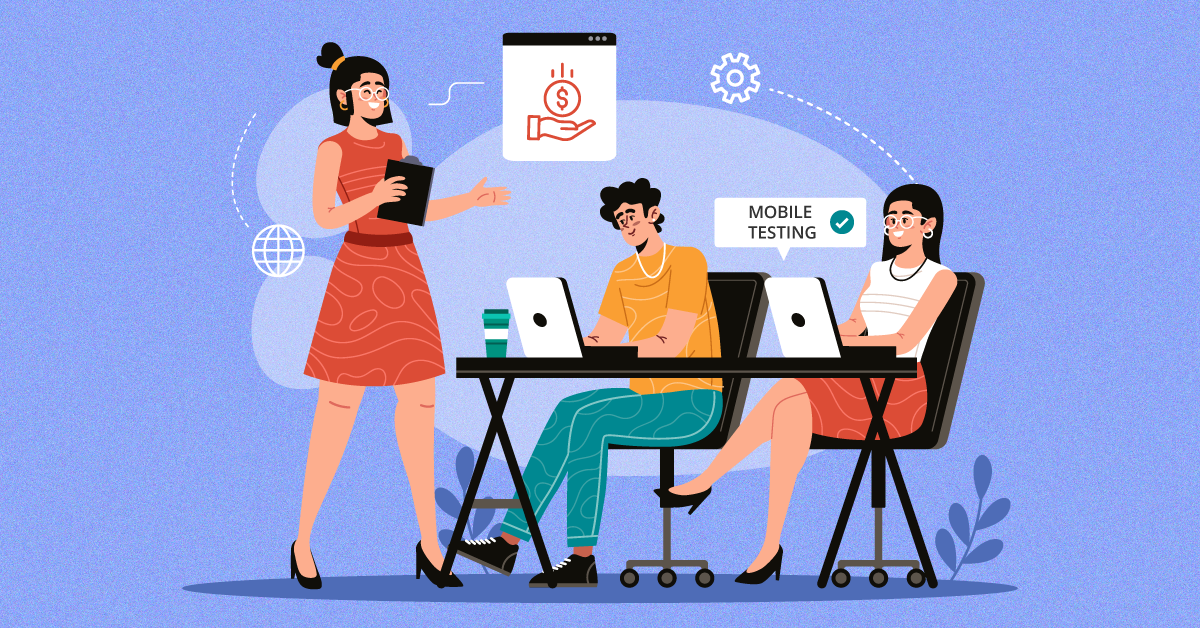 Mobile Automation Testing – Why And When You Should Invest?

Every year, the number of hours people spend online keeps increasing. Our needs are met online instantly. As mobile device usage is growing, the time spent on it is also increasing. Today, if I list what these mobile devices are doing, it will be very amateurish and naive.

The usage of smartphones has increased because of the interesting mobile apps installed on them. Therefore, it becomes imperative to make an app bug-free and enjoyable. People won’t even waste a chance to leave a negative review if they found a little error in the app, whether it’s performance glitches, a weak user interface, or a crash. So, it becomes the need of the hour to invest in mobile automation testing and avoid negative reviews and failures.

Do you know – Nowadays, every business is very keen to develop their mobile apps and do their business online. So, with the increasing demand for mobile apps, automation testing techniques are also required to multiply.

What is Mobile Automation testing?

As the name suggests, mobile automation is the process of automation testing on mobile devices. In this process, the developers or testers automate the process of application testing on the mobiles. Mobile app testing is the validation of the mobile app, checking that it fulfils the specifications, is compatible with the devices it is supposed to be used on and is ready for deployment.

The testing of mobile apps includes testing their functionality, performance, loading, security, and usability. The mobile app should also be compatible with the device in terms of its location, certification, memory leakage, installation, and many more.

Why Should Businesses Invest in Mobile Automation Testing?

Bugs in mobile apps will not only ruin that particular company’s service or product. It will also raise a question about its competence and performance of the other applications that the company produces. The non-functionality of any app tarnishes the name and company’s public profile, thereby reducing the return on investment.

A study done three years ago found that over 88 percent of consumers had at some point of time left an app because of bugs or glitches – thus the importance of providing bug-free applications to users cannot be stressed enough.

A good quality application also ensures that the users will leave good reviews for the app they use. With millions of mobile apps available today, the app ratings and feedback become crucial if you want to be able to get new users to install your app.

Though, mobile testing in all its forms is important and you should do it, in this article we will discuss how mobile automation testing will help your business.

The correction of bugs is one of the most important aspects of software development. By manual testing, the immense amount of time and resources are invested in detecting a flaw in code. It can be lower down by using mobile automation tools. Mobile automation testing can assist in these types of time taking issues.  The automation tool enables us to check whether the code does the desired thing and it is required to make a close feedback loop.

During the process of automatic testing, no human intervention is required. Your automated tests can be executed at night and you can collect the results in the next morning. Because automatic testing can be performed on its own repeatedly, app developers and QA team can spend less time on testing and more time on other important tasks while they don’t need to worry about the manual execution of automated test cases. This increases the productivity of employees.

Instant feedback is another advantage of automated testing. With the fast running of tests, test reports are generated instantaneously, so developers correct them rapidly if a malfunction occurs.

Automated testing is more cost-effective than manual comparing to the common misconception. Manual testing gets boring and repetitive and automation can increase the speed and also reduces the human error. Once you have developed the script for automated testing you can reuse those test scripts for 24 hours a day without any extra penny.

To a certain degree, many businesses do use automation testing but still rely heavily on manual testing because they don’t know how to take advantage of automated testing during development. There is no prime time to adopt the automation system. It depends on the company’s growth and development of the company.

When businesses want to take advantage in the crowd of millions of app they can go ahead with the mobile automation testing. Research findings by Gartner have shown that businesses created $26 billion in-app sales as early as 2013.

manual testing is repetitive and is being done for mundane tasks, investing in an automation testing tool will be a good idea. It will reduce the costing of manual testing also. Early on in the life cycle of software production automated checks help to spot vulnerabilities and thereby reduce the risk of malware distribution.

Automation testing is far quicker than manual testing; and less labour-consuming. In manual testing, the chances of getting errors are high, and few mistakes make the app vulnerable.  Using automation tools, you will automatically run the checks on each commit on a continuously evolving code basis.

When there is a high traffic

Load checking allows the handling of unexpected user loads in your programme. Millions of applications are simulated by thousands of experiments that are run by automated testing. This cannot be possible by manual testing.

What are the tools used for mobile automation testing?

There are several mobile app testing tools and some of them are mentioned here. You can take help from Testsigma to get the process easier for you.

Testsigma made the mobile automation testing journey very convenient.  Testsigma will efficiently build test cases for smartphone applications. The tests will take place for actual mobile devices in the cloud. Check out here on how to automate your mobile testing using Testsigma.

It is an open-source platform exclusively used for android testing. The test cases are written in Java in this tool and are commonly popular for automated black-box testing. Robotium helps the tester to perform multiple tasks and give the advantage to write test cases in much less time.

This is a multi-language web device testing platform. A list of libraries allowing a test code to communicate technically with hybrid and native applications are available in Calabash.

This is the first tool for testing android, iOS and Web apps through operating systems for consumers.