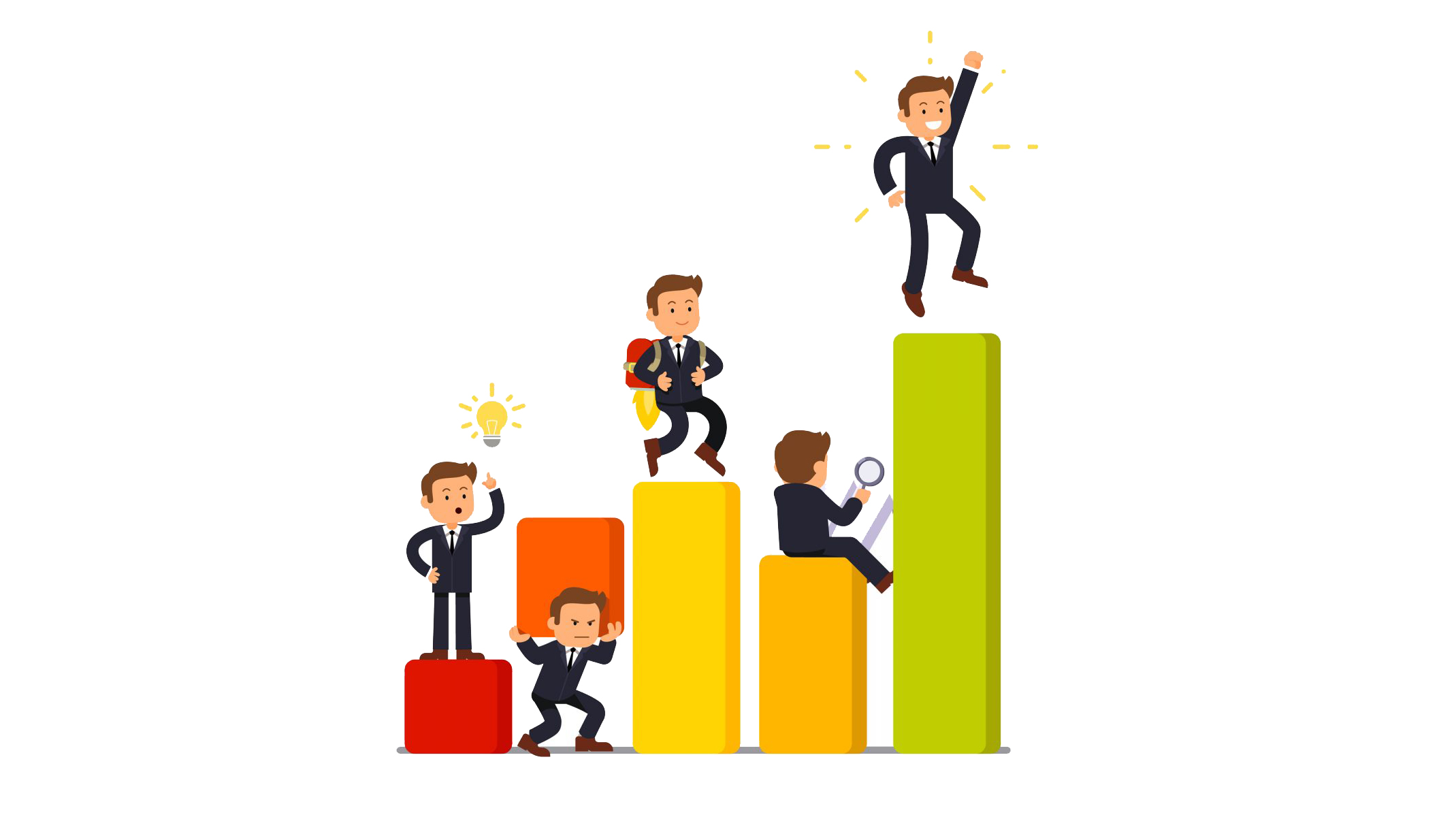 Agile development is acclaimed for delivering working software frequently, each time adding or enhancing a small feature which is of value to the customer.

Identify prospective test cases that can be reused in the upcoming regression cycles and group them.

Prioritize test cases(also the ones that have an impact on business) that may be affected due to a new function addition or update or edit and only run these instead of running a complete test suite with irrelevant test cases and overloading. Save time and keep the regression modules short as running them repeatedly is time intensive and expensive.

As new features and changes are implemented in the software product, they are integrated with the existing functionalities. These existing areas are more prone to issues. Analyze the impact of changes and integrations of different modules with respect to change, prioritize and act on them accordingly. The idea is to identify the affected regions and analyze how the changes, new features, or bug fixes might have impacted the existing features and functionalities.

Regularly monitor and perform periodic cleanup for removing obsolete and duplicate test cases from the regression test suites. The number of test cases will only increase with time and we may lose track of what’s going on, especially if the project is big.

If the Automated regression testing is done on a consistent basis, it will be easier to optimize and maintain the right test cases.

Regression Testing requires a lot of rework. It could be difficult to keep-up with the pace of delivery in Agile with the huge scripting time required to test a simple functionality and rewriting every one of the affected tests. Updating and maintaining huge scripts at any time requires an understanding of the existing code. Reading through a complex code, tweaking the variables and functions every time can be frustrating.

It could be difficult for someone new to the team to intervene halfway and get an idea of what part of the code is affected.

Selenium is the most popular and widely used web automation testing tool but demands technical expertise and third party tool integrations to become fully functional. But one major disadvantage of Selenium is the huge test authoring time required.

Automated tests are created as they can easily be repeated and extended to perform tasks impossible with manual testing. If we could cut down on the test authoring time, we could enjoy the full benefits of automating the regression testing process.

This is now possible with the advent of Scriptless Automation Testing tools! Now, the tests can be written using natural language which makes it easy for anyone to refer to the tests and also make changes easily any time.

This is also helpful since you can involve your SMEs, Manual Testers, Stakeholders as they are mainly responsible for establishing and implementing quality testing and compliance processes for organizations.

You may refer to a more detailed discussion on what features are ideal for a scriptless automation testing tool in this post. You might also want to know how Testsigma can be the best Scriptless Automation Testing Tool and save you time and cost.

Start automating your tests in plain English!
Sign up for a free trial

Effective communication forms the basis of the success of Agile. Continuous engagement with the team ensures that the client expectations are met, testers find quick solutions to issues and the deliverables meet customer expectations. Quite often, major issues or bugs are not identified early because the process was not followed and the team failed to communicate with each other.

A useful communication tool that will help understand the status of the project and broadcast changes.

What you can do is get the vendors to demonstrate how implementing their tool will minimize risk and improve the release quality.

Ensuring that a website functions as expected in all major browsers and mobile devices or tablets across different screen resolutions and sizes is challenging for testers in agile projects to manage and run them in parallel. It is particularly daunting to perform Regression Testing across browsers and devices.

Managing environment specific datasets and variables that are likely to change in multiple execution environments at each stage like Development, Testing, Staging, Production is also crucial. Check if the automated regression testing tool offer real devices for testing to speed up your run times.

Also, choose an automated regression testing tool that can integrate with tools such as Jenkins, so you can run your regression tests continuously right from the first build incrementally and collate the results on a consistent loop integrated with the testing server which helps in getting actionable feedback allowing dev teams to act on them immediately in contrast to late hitting bugs towards the end of the sprint.

Try Testsigma, best suited for automated regression testing in Agile and DevOps
Sign up for a free trial

Regression tests need to be run after every development iteration and also after changes are made. If you could start writing test scripts even without the application UI, you could save a lot of time instead of waiting for the UI or the functional module to be available.

The delivery pipeline should trigger regression tests automatically whenever a successful build is made. This helps with a shorter feedback loop between developers and testers for each build which eventually leads to identifying and fixing the errors swiftly and saves time compared to when testing is postponed towards the end of the cycle.

Automation usually lags by at least one sprint. Teams take the risk of ignoring regression testing of the new feature at the end of the cycle due to the amount of manual effort and time required to achieve complete test coverage. Instead, the tester can begin building the skeleton of an automated test and fill in the objects/element ui identifiers later when the application UI is available.

Once the UI is close to done, all the participants should be working more closely to complete the UI mapping. This ensures the tests are completely automated along with the development and ready to run through continuous integration.

By the time the code is complete and ready to be committed, there are unit tests, API tests, and a handful of automated UI tests. The feature is all set for automated regression testing and then to move to the production.

Regression testing is now faster and the development flow will be smooth.

The Agile methodology allows for change in requirements even late in the development. The scrum teams need to be prepared to accept the late change in requirements. When the requirements change, especially towards the end of the sprint and a particular functionality hasn’t been tested well, the team should make informed decisions whether to release the feature or push it to the next sprint based on the criticality of that function/feature. If this is the case, you could do a heads off by performing basic Sanity testing of the changes and not go into deeper levels of testing.

It can also be the case that the user stories/requirements are not recorded appropriately and, the team missed out on critical functionalities. This can also happen as a result of not involving testers in the early planning/designing phases or due to improper documentation.

Many a time, product requirement documents are too often read once and left which isn’t ideal for an Agile process. This creates a challenge for testers because there is a lack of understanding and requirements, so proper test cases can’t be constructed.

When everything goes fine, you could do some free unrestricted or “not bound by rules” testing with less or no documentation. You can see if you missed out on anything or an unused feature.

It would be wise to set a dedicated time for some exploratory testing complementary to Regression Testing to explore other areas of the software like a real user would.

The purpose of regression testing is to unmask abnormalities, unexpected behavior as a result of change, updates, or re-releases. For this, it is required that every relevant test case that has direct or indirect impact is run within the limited span of time in the sprint.

It is mandatory that a consistent test management and requirement management approach is followed right from the early stages within the automated regression testing tool you choose.

Automated Regression Testing Tool built for Agile and Continuous Delivery, Testsigma’s smart AI can identify the changes made to an application and analyze its impact on relevant affected test cases.

You may have to run regression tests in parallel to be able to run it more often. With Testsigma, you can schedule your test executions to run periodically without manual intervention sequentially or in parallel any time.

You get detailed reports of your automated regression test executions on multiple device configurations with detailed error logs as to what failed, what tests are affected and why.

Take a look at Testsigma’s approach to Automated Regression Testing with an organized and well managed repository of regression test suites, reusable objects and identifiers.