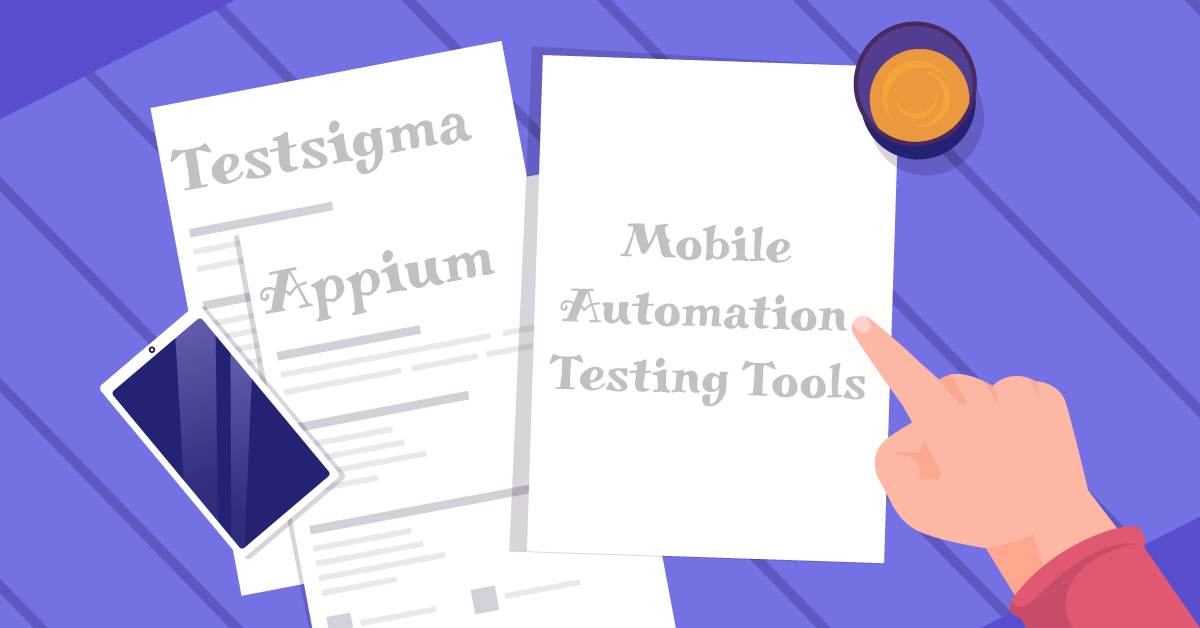 With the rising competition in the app industry, mobile testing without automation seems out of the picture. You can’t imagine frequent deployments or a faster time to market without automating your tests.

There are plenty of automation tools and frameworks available in the market for both Android and iOS. In this article, we will discuss some of the best mobile automation testing tools that can help you in releasing quality apps on time.

Appium is a commonly used test automation framework for testing both Android and iOS apps. It helps QAs to test end-user scenarios on native, hybrid, and mobile web apps.

Though Appium is one of the most popular mobile automation testing tools, the UI tests of Appium are found to be flaky and the test setup is a bit complicated.

Testsigma is a cloud-based, AI-driven test automation platform that supports Agile and Continuous Delivery teams – for browser as well as mobile testing. It has all the essential elements needed to achieve a super-fast test development using the simple English language.

TestComplete is an automated UI testing tool which is developed by SmartBear Software. It helps in creating, executing, and maintaining functional tests across the mobile, web, and desktop-based apps.

This tool is pretty popular among the mobile automation testing tools, the only downside would be is – it is only for Windows and does not support Mac and there is not much support available through open communities.

UI Automator helps in creating functional Android UI test cases in order to test the user interface of an application.

UI Automator only supports the Java and Kotlin languages. To make this work efficiently, you would need to have good programming skills and deep knowledge of how Android works.

SeeTest is a popular mobile automation tool in the industry and supports both image-based and object-based recognition. It is used for automating Android, iOS, Windows and Blackberry applications.

SeeTest, at the moment, does not support wi-fi connection to Android devices, though this feature is available for iOS devices. Additionally, the library or code file would need to compile with the actual application in order to get access to native objects.

Robotium is one of the earliest Android test automation frameworks which is used to automate test cases for native and hybrid applications. It does not require any additional information about the application’s structure or executed classes as it is used for black-box testing.

Robotium does not have any record and play functions built in as such. For adding the ability to take screenshots, external libraries might be required.

XCUITest is a UI testing framework for iOS apps that was launched by Apple in 2015. It helps the developers and QAs to test the UI of native iOS applications by leveraging Swift or Objective C programming language.

XCUITest does not have a large community and finding solutions to issues you may face can sometimes become tricky.

Test automation is a complex process and whether you will get success with it or not depends largely on the automation tools you choose. It is crucial to pay attention to the features of the automation tool before finally selecting it. If you are looking for a most efficient and comprehensive mobile app experience, you can reach out to experts at Testsigma.