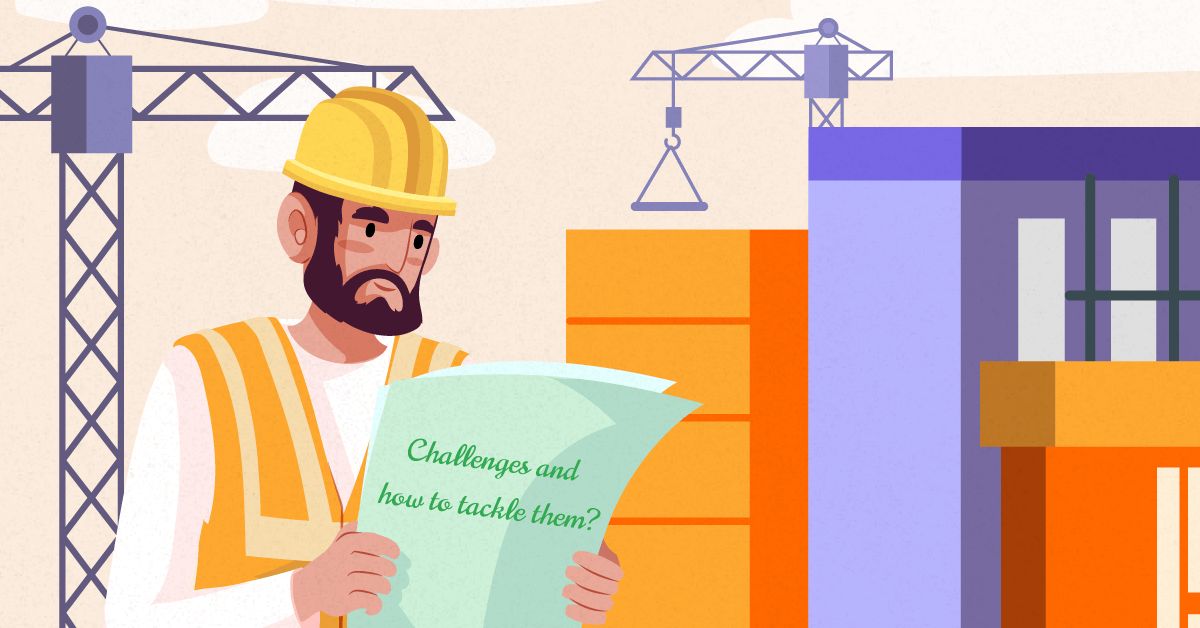 Challenges of mobile test automation and how to tackle them?

We, engineers, love automation! We love it so much that we devise new ways all the time to incorporate automation in each and every field of software development. Today, automation is like the fuel that keeps the project going and helps us finish within deadlines and allotted budget.

But automation is most needed to manage the responsibility of something that is 14.9 billion in number and has become the part and parcel of our lives; the mobile phone. Mobile applications are taking the world by storm. 2021 alone is seeing 693 billion USD in revenue from mobile apps.

Web developers are moving their focus from desktop-first to mobile-first web design which further solidifies our understanding of how important this pocket device has become.

When something steals the show by this nature and everyone begins to notice, it results in fierce competition and a race to be the most popular, on top, and the best! The frequent mobile app updates are living evidence of this claim. What could be the best choice to cut down the costs and gain speed to move the pipeline faster than test automation?

Mobile devices are the most fragmented thing you will ever work with while developing software. From operating systems to versions to hardware specs, mobile devices stand unique even after being billions in number.

Such a fragmented world is impossible to test through manual work and hence the call for test automation in mobile becomes a necessity while developing an application. But this is not as easy as it may sound.

Automation does bring out some fruitful benefits that reap throughout the season but implementing mobile test automation also puts up some roadblocks that are best to be considered before initiating the process.

In this post, we shall go through the same challenges that mobile test automation brings with itself and analyze the methods by which we can tackle them.

Test automation in conventional software is straightforward. With fixed targets and no external factor to depend on, writing automation test scripts becomes easy. A mobile device is a different story though.

The functionality and usability of applications on mobile devices can be influenced by multiple other factors. For example, checking the impact on functionalities because of the change in network bandwidth is an important scenario to judge the mobile application’s performance, and including it in the automation script could be a tough job.

But testing this is essential too because data communication over the network cannot be eliminated by putting all the files into the device storage. That way the application becomes a heavy download (and update) for the user and also occupies a big space on one of the most precious things on a mobile device: the storage space. Some such similar challenges are:

Also, along with it, some mobile devices offer specific settings such as adjustable windows, etc.

Can we tackle this challenge in mobile test automation? Actually, only partially. Mobile devices are very diverse and so is their settings list. Practically, these settings are one of the top reasons that have kept manual testing alive in this area.

But, on the other hand, things are progressing too. Online mobile test automation tools have started to develop setting-based software through which we can write scripts of network bandwidth being “4G” and for orientation of the mobile device. One such tool that can help you achieve the above tasks is Testsigma.

An important part of working in an organization based on a mobile application is that feedbacks are prompt and the team cannot ignore them. With such high competition in every field, the one who works on feedbacks leads the race in the market.

To gather more and more feedback from the user, developers often use multiple ways for the same. For example, prompting the user regularly with a pop-up, emailing them regularly for feedbacks or picking the feedbacks from app hosting platforms such as the play store.

An important part of working in a team that works on developing a mobile application is that the mobile application goes through multiple changes quickly. These changes are driven by user needs and feedback and are essential to keep up with the competition.

So, how does test automation relate here? When we work regularly on adding updates/feedbacks for a long time, the application might take a new form. There will be a lot of arrangements, new additions, deletions etc.

With such a reformed application, the older automation scripts will not work properly. As a result, we can relate the test automation to a machine that needs servicing regularly with regular checks and regular updates into the system.

If the feedbacks are too much, the automation changes regularly and thus become a challenge for the organisation slowing down every other process in the pipeline.

This challenge is the easiest to tackle among all the others. The basic thing to remember is to write minimum cases and scripts that can easily be changed later to change to accommodate new changes.

Practically, we can’t write cases that will never be changed even if the application has reformed with time. But keeping them to a minimum is the best way to go.

Automation in mobile testing is a bit tough, as already portrayed in this post. It takes a bit of cost in the beginning too and the device settings make it more troublesome. Therefore, it is extremely important to choose the tool stack that can fulfil all your mobile application test automation needs.

But there is a dilemma here. We cannot go ahead and choose the first tool we see as best. What if no one in our team is trained to operate on the tool? That’s an extra cost of training and delayed project deadlines right there!

Being in a good position in your testing team, such a question will definitely cross your path. The best method to tackle this challenge is to choose the best tool (because that’s the best bet in the long run) and the tool should have strong documentation that can help teammates learn on their own.

Documentations are extremely important to pull you up whenever you get stuck in between or want to know what wonders the tool can perform. One such tool that can help you in mobile test automation and has solid documentation with step-wise processes is Testsigma.

With Testsigma support, you can contact its support executives for any problems within seconds through the chat feature. Testsigma also gives you detailed documentation and examples to perform certain tasks such as creating a local tunnel etc.

As time passes, the mobile applications become complex and modules become diverse. As a result, the company hires more people and expands its wings in the market. These teams do not always know each other in person but a simple ticket is their only source of connection.

In mobile test automation, while teams work on different modules, collaboration becomes a little difficult. There are a lot of people involved in writing the test cases, a different set of people setting them up in your CI/CD pipeline and then other people reading the error reports and working on them. All of them have to be in sync and hence it becomes a challenge for everyone.

The best method to tackle this challenge is the tool you choose for mobile test automation. Tools have evolved over the years to not only support the capabilities of a mobile device but also the teams working behind it to make it better. Collaborative tools are one such solution.

Collaborative tools perform mobile automation with multiple people together on a single problem such as improving or writing automation test cases. Collaborative tools also help in sharing the final test reports with other team members or having a single central repo where all of them can look into (if they have rights).

A mobile test automation tool with collaborative properties is the best way to go, this tool should allow you to share the reports and help write tests together as well. TestSigma helps you in such regards by allowing you to give different rights to different people in a project.

With Testsigma, mobile test automation for iOS as well as Android can be done from the same place. People can easily automate and collaborate to work together as a team on different assigned projects, generate reports and share them automatically. Also, this is completely cloud-based and the test automation can be started within minutes of signing up.

Automation is costly in nature. From implementing to licensing, automation can take up a huge cost in the beginning but it eventually evens out with time. The only thing that mobile test automation takes up more than automation is maintenance.

Different mobile devices keep coming into the market. With each new device, a new screen size, new hardware, and other new specifications arrive that need testing.

Even if we leave aside the multiple devices, each year Android gets its new update, then iOS and other open-source operating systems too. With each new version, loads of new features arrive for which newer tests need to be written.

All we can do is to visit this issue regularly in the organization and do not let the work pile up. Hence, there is no shortcut to bypass this challenge and hence if we are dealing with mobile applications, we will have to deal with this too.

This brings us to the end of this post that took us through some of the challenges in mobile test automation and how they can be tackled using practical examples. I hope with this post, you will be prepared better for your automation journey.

Automation is a bit tricky but the results cut down our time and costs(which every organization loves). If you have any suggestions and comments, don’t forget to put them down below in the comment section. We will be happy to address them. Till then, happy mobile automation testing!!