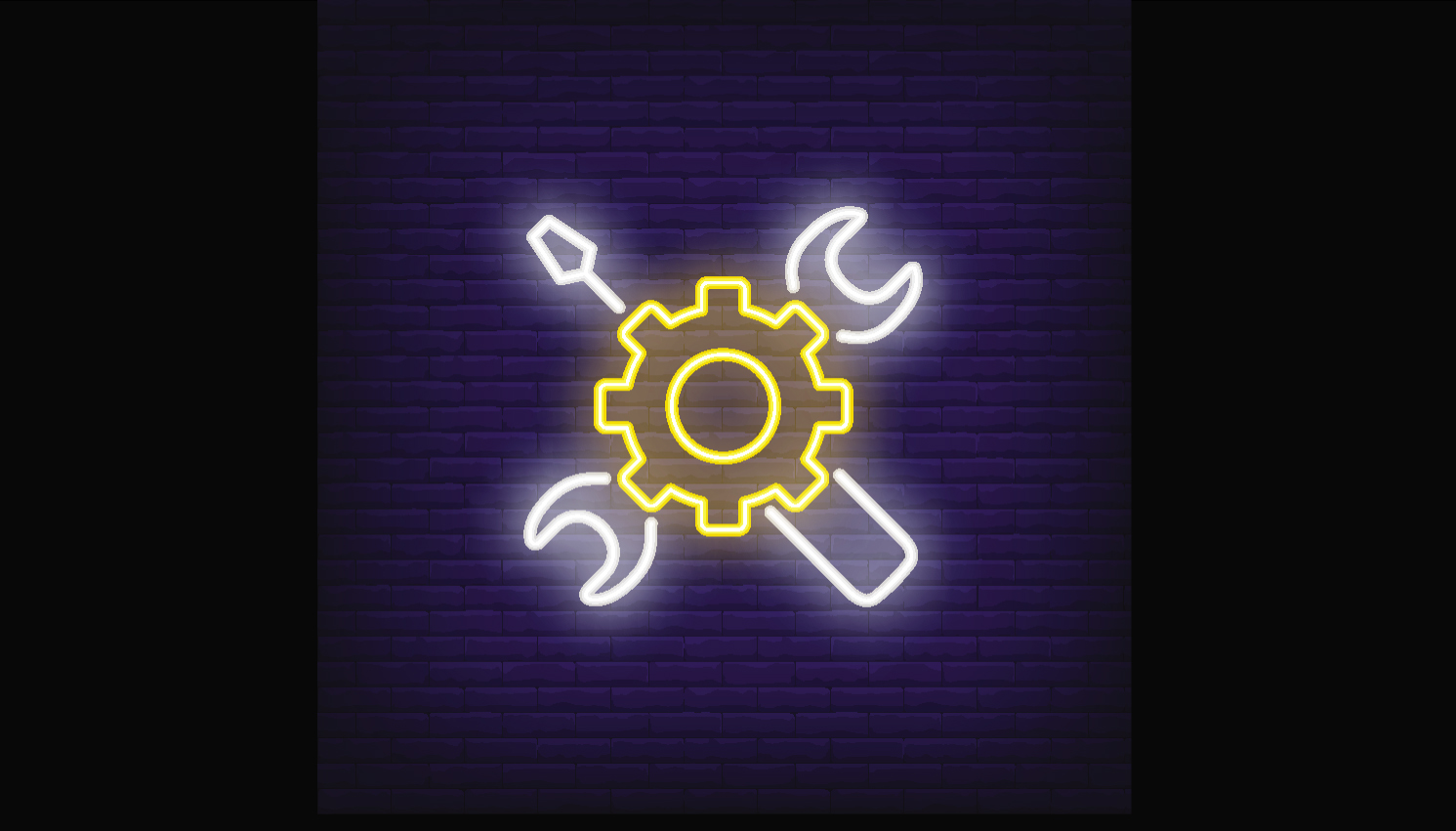 Agile Development has spurred Testing in Agile. The pace of development in Agile requires a new approach to ensuring quality in each build at every stage.

In addition to Functional tests that ensure the functionality of the software, Regression tests need to be run to ensure the stability of the application during each sprint at every stage.

A lot of organizations, today are making it up to fill the gap between Agile Development and Traditional Testing.

What is the importance of Regression Testing in Agile?

We know about Regression Testing already.

Regression testing in Agile help teams make sure that the current tested code remains stable with every new code increment/modification or unmasks any issues that already existed.

It is rightly said that Regression testing can be used not only for testing the correctness of a program but also for tracking the quality of the deliverable.

Regression Testing in a traditional test environment is done by running test cases previously run against the system towards the end of the sprint to ensure that it remains unaffected. This approach is impractical and disfavored in an Agile environment and is not only complex to implement but also costly.

How does one perform Regression Testing?

The effectiveness of Regression Testing depends heavily on the test cases that are selected. In Agile, we focus only on a particular functionality planned for the sprint and not every test case that may be affected later sprint can be selected right away.

You choose the test cases that are likely to be affected due to a change and run them along with the modified /newly added test. This process is done each time a change is made anywhere in the build in the Agile process. Not all regressions are a consequence of a new feature or routine bug fixes. They can also be due to new browser version releases, database updates or other execution environment related changes.

That is why Regression Testing needs to be included in every sprint cycles. Some teams run scheduled regression test runs regularly in addition to these. Also because feedback should come in for quick resolution of issues.

Regression Testing ensures that the current software does not affect the functionality of the existing software. The scope of Regression Testing is wide and has the ability to perform end to end testing any time as the per the change demands and gives an overall overview of the application under test.

While you focus on the new functionality, Automated Regression tests are run constantly checking and rechecking the existing tests in this process which is undergoing change which is good. You can also focus on a particular functionality while at the same time understand the consequences and risks for the entire system any time.

This is particularly beneficial in Agile. However, For effective Regression Testing in Agile, Regression test suites should be constructed to reflect relevant business processes and associated risks.

Takes time to complete the full test
It takes time to test the whole system over and again every time when there’s a slight change.

Possible Human errors
It is possible that in short cycles people miss out on a few things due to the mundane tasks over and again.

Creating Regression test Plan with affected tests
Involves effort from multiple groups to understand the impact and scope of changes and finally come up with a regression test plan.

Regression tests are good candidates for Automation. Automation saves a lot of time in executing repeatable stable tests and can be run across test environments at a time.

Regression tests need to be run after every development iteration. Doing Regression tests manually can be time-consuming for a complex product. But, this isn’t ideal for today’s Agile Continuous Delivery practice.

However, automating the regression tests does not guarantee a quick ROI. The right set of affected test cases need to be identified and optimized every time.

With traditional automation testing tools and Record and Playback tools, this is not easy.

Hence the choice of automated regression testing tools becomes critical for the full benefits of Agile.

Check out the Automated Regression Testing Tool well-suited for Agile and Continuous Delivery.

Automated Regression tests need to be written, re-written or even dislodged according to the changing requirements. This editing and re-writing requires scripting skill and is not easy to write and maintain code for manual testers or SMEs.

Agile methodology encourages the participation of SMEs, Business Analysts, Stakeholders, etc in the entire process. However, with less or no scripting skills, they often cannot participate in the process even with a clear understanding of the domain and what is expected. With Scripting tools like Selenium, participation would be limited. Check out why teams are looking at Selenium alternatives for Automated Regression Testing.

The scale of regression testing increases with each sprint. To ensure regression testing remains manageable, the tests should be reviewed frequently. The more test cases you automate, the more you can verify the quality of existing functionality. However, more automated test cases mean more maintenance. Automated regression tests need to be re-written and updated with every small change to the system. Testing in the midst of code changes is not easy to implement and maintain.

Many a time, the stakeholders or the business teams come up with changes also due to incorrect capturing of the requirements from the end user. Regression Testing help verify that the requirements are implemented correctly, best in Agile with the involvement of stakeholders at all stages to accommodate changes.

Constant UI changes or UI is not ready

Testing teams need to wait until the UI functionality is ready. Traditional testing tools don’t work in an agile context.

There is a further delay in Regression Testing in addition to the application availability, the test authoring time.

Address all these challenges using Testsigma!
Check out Testsigma

Should Regression Testing be automated?

When compared with the traditional automation testing approach, performing Regression tests manually is better at the early stages of the sprint due to the ramp-up delays and the increased test authoring time. It is also impossible to write huge test scripts for a slight change in the code.

However, the tailback with Manual regression testing is that it is time- and effort consuming. You might want to refer Why Manual Testing becomes a bottleneck in Continuous Delivery.


Automated Regression Testing reduces repeated redundant effort and time and is apt when the project is stable with not many critical changes in the business requirements.

When stable and repeatable regression cases are automated on different testing various environments, manual testers can focus on Exploratory Testing to see if the application workflow is in sync with the business requirements.

However, when the application UI is not ready and when there’s a need to perform Regression Testing, Manual Regression Testing would be the better way to do it. Also, Development teams that commit code towards the end of the sprint cycle don’t leave enough time for manual regression testing.

The main task in early automated regression testing is choosing the right automation testing framework that makes on-boarding fast, allows easy scripting and is easy and cost effective to maintain.

Regression Testing in Agile requires that the stakeholders, SMEs, QA Analysts, Manual Testers, BAs communicate on the expected testing results and changing requirements continuously. Clear communication with less or no gap between cross functional teams is critical to the success of Agile. Refer why it is important to involve SMEs and QA Analysts in Agile and Continuous Delivery.


The required rapid feedback can often only be achieved when the regression tests are executed fast and automatically. To this end, regression tests need to be scripted and run on an automatic build environment.

The automated regression testing tool should allow for easy collaboration of cross-functional teams which is critical to communicate the changes and share progress. For example, integrations with communication tools like Slack.

Automated regression tests should be integrated within each sprint to work on the feedback continuously to address the defects as and when they are introduced instead of piling them up for hardening sprints. Though hardening sprint is intended to be performed as a final integration testing prior to release, teams often use it to address all the sprint backlogs.

An effective communication mechanism during the sprint and at the time of change to clearly communicate the business functions and discrepancies also to avoid compromising on quality just to meet the expectations.

In the current accelerated development cycles, automated tests are executed as part of the software delivery pipeline to obtain immediate feedback on the execution results while keeping pace with the development cycles. The goal of Agile and DevOps practices is to close the gap of development through delivery activities in fulfillment of the business activities through an automated continuous development, testing and delivery as discussed at the beginning of this article.

Refer Why Use Automation Testing Tools in Accelerated Development cycles.

Without the right automated testing tools, the results would not be the same. Setting up the test automation ecosystem for every tester, scripting automated regression tests and integrating them with CI/CD tools, maintaining and managing them is time-consuming and also not easy in Agile.

In Agile, after every check-in, automated regression tests should run automatically. Same tests may have to be run repeatedly over time to ensure that the application remains stable. Automated regression testing tools help accelerate this work. The changes in the automated tests must be easy to do for every change without redo. Automated Regression Testing help verify the overall functionality of the system after the changes have been made.

Here are a few things to consider while selecting the right automated regression testing tool.


In an Agile context, testing should not be an afterthought. Since the tests are repeatedly executed and can be reused in a sprint and in consecutive sprints, the application ensures the overall stability of the application and not just newly developed functionalities.

As we aim to deliver Quality at Speed in reduced delivery cycles, it is important to ensure that the regression tests are automated and run continuously to avoid tedious full regression testing towards the end to maintain the quality and keep the application stable.


While delivering business requirements, it is also important to enhance the user experience with custom functionalities. This helps in getting a quicker response for better turnaround time and implementation. Re-using Automated Regression tests enable faster results in reduced time.

This helps to track any kind of unexpected behavior or error with the application on a constant basis. With Regression tests, we can ensure that the application continues to work flawlessly.

With a blend of Agile that ensures the functionality of new build and Regression that focuses on existing and new builds, we can be sure that the application can be released with confidence!