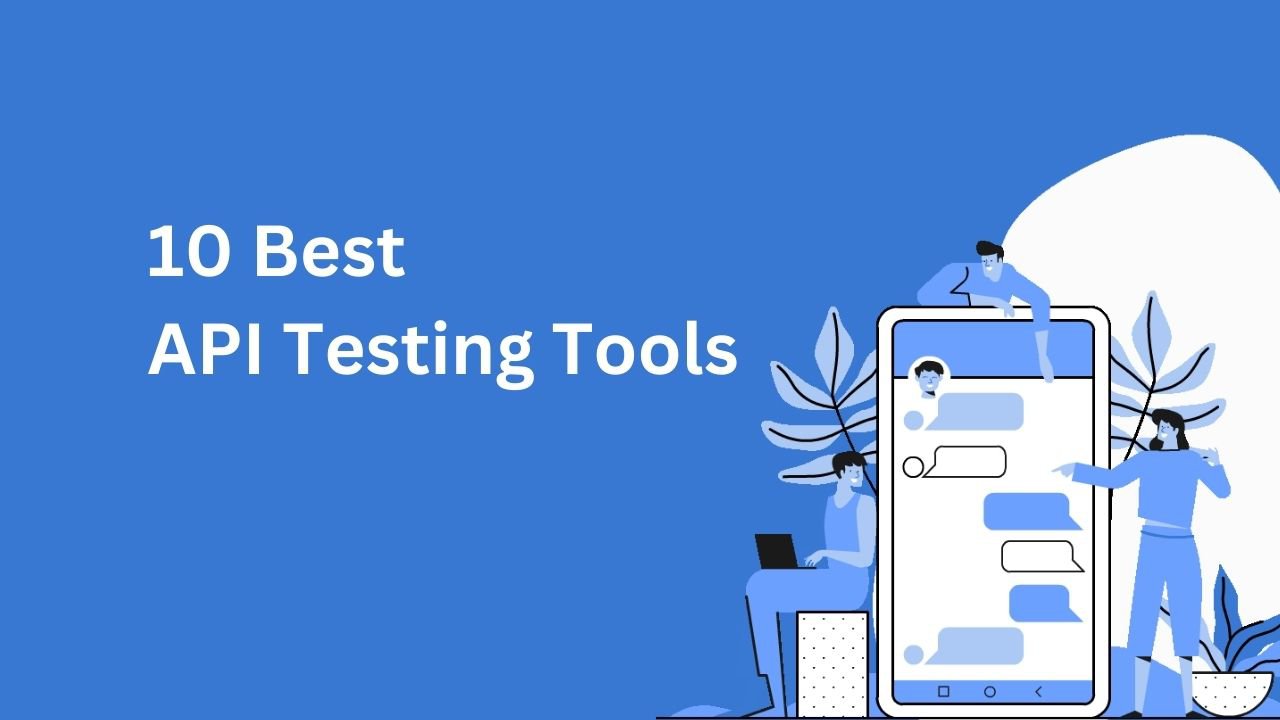 Any defects that arise in production have a risk of reputation; the software product needs to be tested thoroughly before deploying to the production environment. There are different levels of testing, such as unit testing, integration/API Testing, end-to-end testing, etc. When organizations follow multi-level testing, the defects can be reduced.

This blog post discusses the best API testing tools available in the market. Before that, let’s understand API testing and why you should automate it.

API is the Application Programming Interface. It acts as a middle layer between the User Interface and the Database. API communicates and exchanges data from one software system to another.

API testing is a software testing practice that tests API for functionality, performance, and security. It can be considered Integration testing. API testing helps to test the application logic. It consumes less time and is more effective compared to UI testing.

The API testing can be performed with different intentions and broadly classified as below:

Why should you automate API Testing?

API Testing can be done either manually or using automation. The manual testing technique maintains the set of test cases in the repository. The QA team or developer needs to manually verify API test cases, such as status codes, API contracts, etc., by sending HTTP requests. Like any other manual testing approach, manual API testing is time-consuming, and it delays the release cycle.

Many API tools provide features to automate API testing. Some tools can be integrated into CI/CD pipeline to automate the release cycle. The API automation provides the results quickly and eliminates the QA/Dev dependency, which in turn helps ship the code faster.

In this article, we discuss the TOP 10 best API testing tools.

Note: The tools are not ranked and sorted randomly.

Popular API Testing tools to use in 2022

Postman is the most developer-friendly tool. It is a proprietary testing tool owned by Postman Inc. Used for both manual and automation of API Testing, Postman provides the User Interface for performing all the actions for API Testing.

Postman tool is available as free and paid plans. The free plan comes with some restrictions though.

REST Assured is a popular tool in API Automation. It is an open-source Java library, which provides end-to-end API testing functionality. It can be easily integrated into any Java-based testing framework. Rest Assured is now sponsored by the Parkster.

SoapUI is one of the leading Open-Source API Testing tools, maintained by the SmartBear community. SoapUI can be used for automated functions, regression tests, and performance tests.

Katalon is an all-in-one software testing tool. It is used for end-to-end testing, API Testing, Visual Testing, etc. It is a Free Proprietary tool by KMS technologies. Katalon also has paid version that provide extended features and support.

JMeter is an open-source project. It is popular for Performance testing but can be used for API testing without hassle. It comes with its own UI, making it easy to write complicated tests.

Insomnia is a Free tool managed by Kong. Used for API testing, it shares a lot of similarities with Postman.

Karate is an open-source API Testing tool. Though Karate is a BDD tool, unlike other BDD tools you don’t have to write the step definitions, as it has all the common scenarios ready for you. This feature makes Karate unique and easy to use.

The Cypress is an open-source test automation tool. It supports different types of testing using JavaScript, such as Component testing, API Testing, End to end testing, etc. An all-in-one tool, Cypress can be used for API test automation, which helps to have different tests in a single framework.

The Playwright is Open-Source Automation Framework maintained by Microsoft. Like Cypress, Playwright is an End-to-end test automation tool, but it also supports API testing. Playwright helps to have a single framework for all different types of testing.

Testsigma is a codeless automation testing tool that supports multiple testing types. It is a SaaS-based tool; you don’t have to download or install it. Testsigma comes with a Free and Paid subscription model. Unlike other tools, Testsigma free version provides a lot of features.

API Testing is critical as it provides more stable and accurate results than end-to-end testing. The major problem with the API testing tool is configuration, setup, and reporting. Most API testing tools require sound technical knowledge to build a robust API testing framework. Codeless automation is the next generation in the automation space, where anyone can automate tests, with no coding skills. Testsigma doesn’t require any installation, so if you have a Testsigma account, you can create, execute and maintain the tests from anywhere online. Sign up for free today!