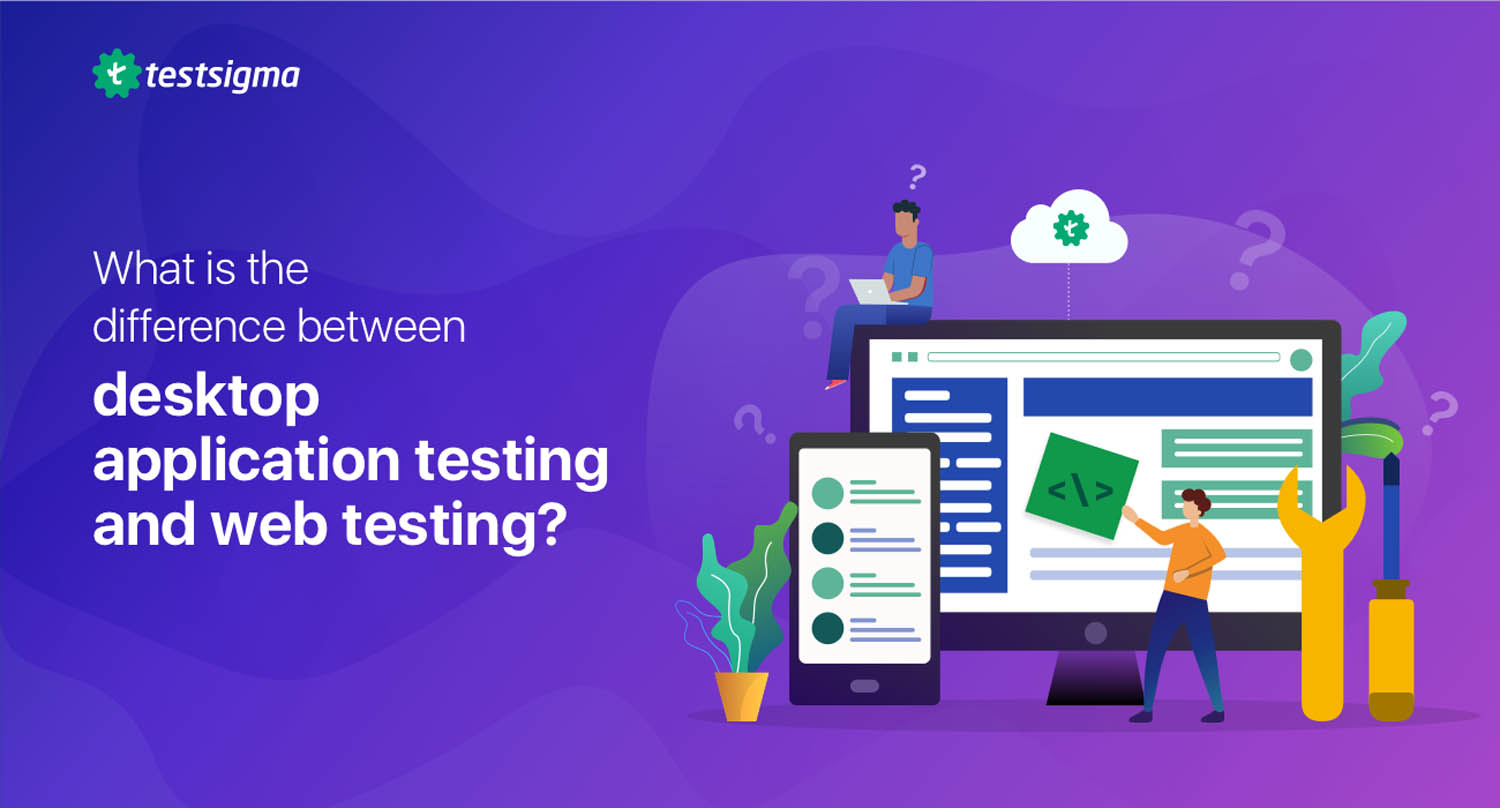 There are lots of applications that users use these days, some are accessed via the internet while some of them are installed on the user’s computer. The former being categorized as the web-based applications while the latter falling into the desktop applications category. Lets have a detailed look into Desktop vs Web Application Testing here.

There are a lot of differences in the operating mechanisms of both and some groups even consider either one of them as being better than the other.

Let’s briefly describe the basic definitions of each of them first and then describe in detail the underlying Desktop vs Web Application Testing differences that make them fall apart in certifying the quality of each of them.

Desktop Application – Desktop application is a name coined for a general program used to run on a personal computer or laptop. This is a standalone software program which doesn’t depend on any internet connectivity for its working and its performance is not impacted because of any network related latencies. Few examples of desktop applications are MS-Word, Adobe Acrobat Reader, and calculator etc.

1. Web Applications are run via a browser, so the developers need not develop different apps for different platforms.

For example, an application which can run on chrome will run on both Windows and Linux. By just updating the application on the remote server, all the users can have access to the updated application.

2. Web applications serve better in terms of providing a consistent user interface across different platforms as the UI is more dependent on the browser than the OS.

3. The data processing and storage in case of web applications happens on the remote server which can be easily accessed by all the remote users instead of heavy file transfers across computers.

What is the Difference Between Desktop Application Testing and Web Testing?

Having gathered a sound understanding of how Desktop vs Web Application differ in short, let’s see the major difference between web application and desktop application in terms of parameters and how those differences impact the way each of these is tested.

While doing the Web testing, it’s critical to ensure that the web application under test can be easily accessed by the real users and is functioning properly across all browsers and operating systems. Web applications should hence be tested for functionality, compatibility, security, performance, usability and accessibility.

Testsigma, a cloud-based test automation tool has revolutionized the way you you can automate your website testing. It enables you to automate your test cases in simple English. Simple English does not just work for simple work flows but also for the complex ones.