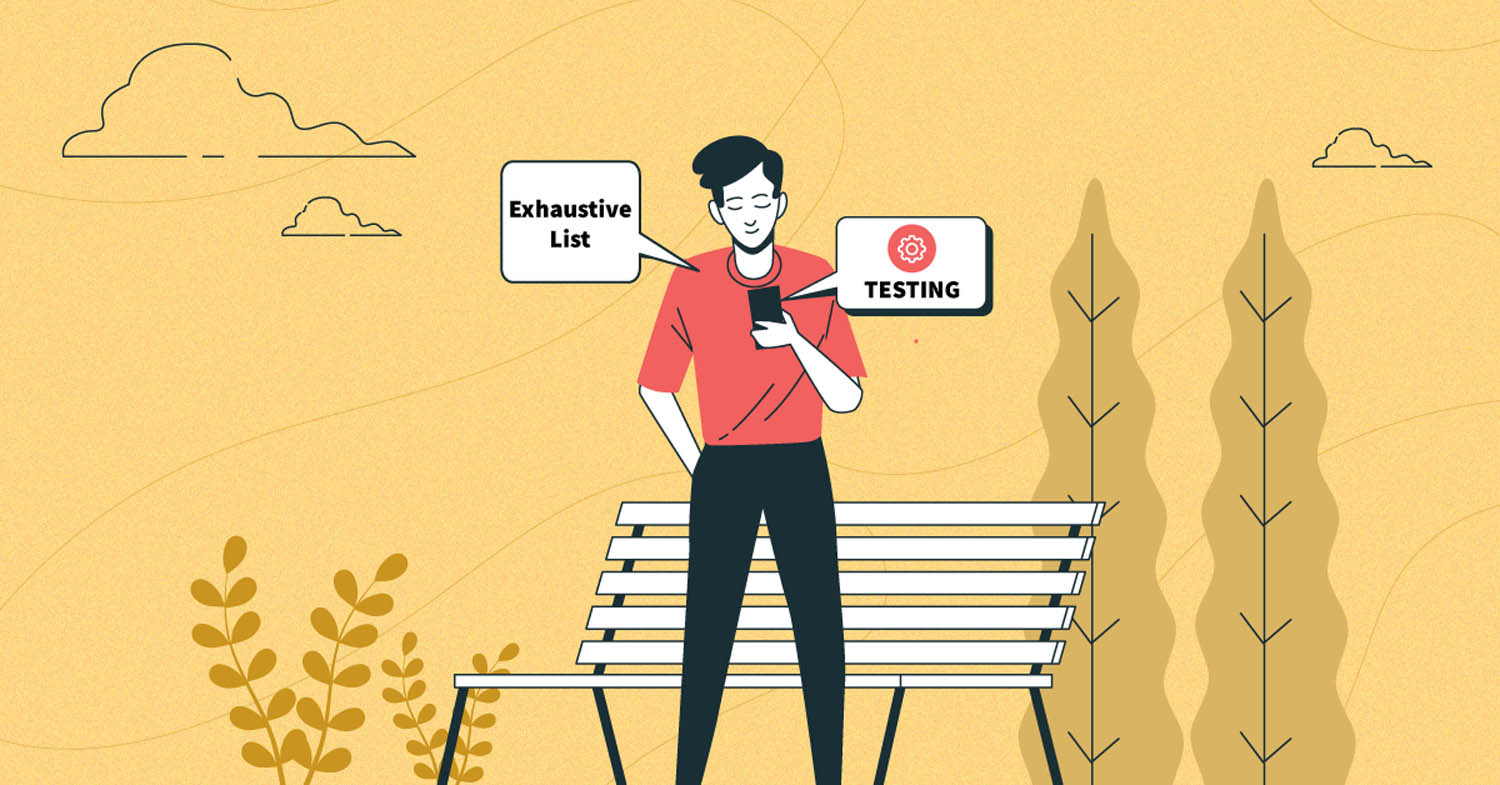 It’s 2022 and we now have a mobile app for everything. Whether it’s social media, shopping, productivity or fitness, there’s a visible surge in the number of mobile apps and their users. In this article, get to know the best automation tools for mobile testing.

What is Mobile Test Automation?

Simform (as of 2019) stated that an average user has at least 40 apps installed on their phones, while millennials have around 67 apps. So, there’s a solid reason why mobile app testing is a crucial step in any app development process. To ensure our users get a seamless experience across any device — we perform mobile testing automation.
However, the world is divided between Android and iOS users; Statcounter’s research shows that globally there are 72.48% Android users and 26. 91% iOS users.

Crafting mobile apps that are compatible with different devices requires some serious mobile testing because users consume apps on various devices with various versions of Android. That’s where mobile app automation testing comes into the picture. A hero, automation testing tools can make our lives easier for all intents and purposes.

While it significantly reduces errors and feedback cycles, automation tools offer a faster time to the market because it accelerates several testing manifolds.

Testsigma’s automation mobile app testing tool is versatile, and it supports testing on various versions of Android and iOS. The test cases can be written in simple English and the automated tests are maintained by AI. With over 2,000 devices readily available, scalability is at your fingertips because tests are performed on the cloud.

The tool extensively follows a data-driven testing approach and supports simultaneous test executions. Plus, automating tests and updates is quite easy — you can get a glimpse of it in this article where we talk about how to automate mobile tests using Testsigma.

Appium is one of the most preferred testing tools, especially by the open-source community. Used for testing both Android and iOS apps, this tool follows WebDriver protocol and the best part is the tool can support any framework, tools, and practices of your choice.

It also supports the testing of native, hybrid, and mobile web apps across various programming languages like Java, Ruby, C#, Javascript, PHP, Python. Being open-source, it also has a rich community!

Appium boasts of an easy set-up process, the tool also gives us the flexibility to reuse the source code within the Android and iOS ecosystem. It’s a cross-platform tool and comes with a GUI wrapper around the Appium server that lets us download it for pretty much every platform.

MonkeyRunner is a sought-out testing tool because it’s great for functional testing, regression testing, and offers multiple device control for Android apps. Perfect for running tests at functional levels and for unit test suites, we can write the test scripts in Python.

In fact, MonkeyRunner makes use of Jython — a Python implementation that uses Java, which in turn lets the MonkeyRunner API interact with the Android framework. Interestingly enough, this tool is capable of running tests and comparing its output screenshots with a set of screenshots that intend to be correct.

Selendroid is quite a versatile open-source automation testing tool for Android. If you’ve performed tests on Selenium, you might be aware of its cross-browser testing capabilities. Just like that, Selendroid can run tests on multiple devices simultaneously. Great for performing native and hybrid mobile tests, this tool supports both real devices and emulators.

Selendroid comes with an inbuilt inspector tool that can inspect UI elements for both current and outdated Android versions. Besides, it follows the same concept for both native and hybrid apps.

Yet another open-source automation testing tool, Robotium is perhaps the most flexible testing tool for Android. Although it has limitations like the inability to manage multiple activities and painfully slow test execution performance, it supports all versions (and even sub-versions) of Android. Known for its seamless integration with IDE, Robotium lets you write black-box test cases independently, for Android apps.

Designed by Google for Android, Espresso lets you write solid and reliable Android UI tests. This open-source tool is easy to adapt and offers the flexibility to customise as per the developer’s need. The tool can handle automatic syncing of apps and tests; most developers find Espresso effective because of its simple API and scope for flexibility.

UI Automator is great for Android testing because it allows writing test cases without fully knowing the implementation details of the apps. Google has expanded it and it can interact with various Android apps. If our users consume apps on older versions of Android, this tool can support them.

For instance, we can test apps on devices starting from Android version 4.1. This tool also offers a UI Automator Viewer option that lets us scan and study UI components in mobile devices. Works wonders for developers to create concrete test cases.

So far, we’ve been discussing tools great for Android testing only. So, here’s Frank — a framework that only supports iOS app testing. Since it’s an open-source tool, it offers a great community, rich with nerds.

While the tests can be written in Cucumber, the framework seamlessly integrates JSON with Cucumber. What makes this tool more powerful is its Symbiote feature which includes an app inspector that gives in-depth information on running apps. Besides, it supports Continuous Integration and can handle multiple tests on devices and simulators.

Ranorex offers end-to-end testing for mobile, web, and desktop apps; it supports both Android and iOS testing. This codeless automation tool allows us to test apps with a data-driven testing approach and supports technologies like .NET, C#, HTML5, Java, etc. Apt for both beginners and experienced developers, this GUI test automation framework can be integrated with DevOps tools too.

Developed and maintained by Google, EarlGrey is an iOS mobile app testing framework that offers features like Synchronization, Visibility Checks, and User-Like Interaction. Often preferred due to its synchronization, this feature lets us track different sources/states that can affect the app’s performance. For instance, the app’s UI, network glitches, and anything else which can be fixed on the go.

Great for functional testing and regression testing, MonkeyTalk is an automation testing framework for Android and iOS apps. If we’ve written code for iOS, the tool lets us use it for Android too. With easy-to-comprehend scripts, MonkeyTalk is perfect for beginners. Besides, we can also write HTML and XML reports and the tool supports testing on both emulators and devices.

For any errors or crashes that occur, MonkeyTalk takes screenshots and lets us record and gives us the flexibility to manipulate and manage the tests for effective results.

Which is Best Automation Tools for Mobile Testing ?

Based on the requirement, you can choose a tool. Testsigma’s automated mobile app testing tool is one of the most preferred automation tools for mobile testing because of its unique features. Plus, we’re offering a 30-day product trial that testers and developers can leverage to test, adapt, and launch apps into the market. If you’re ready to take off, let’s chat!

How Do I Automate My Mobile Test?

By choosing a proper tool that supports testing on various versions of Android and iOS. Like Testsgima, the test cases can be written in simple English, and the automated tests are maintained by AI. readily available, scalability is at your fingertips because tests are performed on the cloud.

Can we Automate Mobile Device Testing?

Yes, you can automate mobile device testing with an automation tool that can support you with over 2,000 real devices to test on.

How Many Types of Automation Testing Tools are Available for Mobile Devices?

There are three types of automation testing available for mobile devices

Why Is Test Automation Important?

Manually repeating these tests is time-consuming and expensive.  Automated tests are significantly faster than manual testing and they can save time and money while running indefinitely at no additional cost and they.

What Are The Common Challenges In Test Automation?

The Common Challenges In Test Automation:

Mobile Automation Testing – Why And When You Should Invest?

How to perform Mobile Automation Testing of the UI?